It has emerged that erstwhile Executive Chairman Federal Inland Revenue Service (FIRS) Mr. Babatunde Fowler, wrote the Secretary to the Government of the Federation (SGF) Boss Mustapha to facilitate the renewal of his four year appointment-on the day of its expiration- and before President Muhammadu Buhari named Mr. Muhammad Nami as the new chairman of the FIRS.

In a leaked letter to Mustapha, dated December 9, 2019, Fowler wrote to present himself for reappointment for a second term in line with the provisions of the FIRS Establishment Act 2007.

The letter, a copy which was sighted by THISDAY was titled: Re: Notification of Expiration of Tenure as Executive Chairman, Federal Inland Revenue Service.

“I write to notify the Secretary to the Government of the Federation that my first tenure as the Executive Chairman of the Federal Inland Revenue Service (FIRS) ends today 9th December, 2019.

”In view of the above, I wish to present myself for a second term. This is consistent with the provisions of the FIRS Establishment Act 2007 and would grant me the opportunity to consolidate and build on the achievements we have recorded in the past 4 years. Please find attached the highlight of my achievements during my first tenure in office,” Fowler wrote to the SGF.

He concluded the letter saying:”I would like to put on record my gratitude to Mr President for the opportunity to serve the Nation. I am also thankful for your support in the course of the discharge of my duties”.

Hours after the Office of the Secretary to the Government of the Federation (OSGF) acknowledged receipt of the letter, the Presidency announced the appointment of his successor, Nami, a fellow of Chartered Institute of Taxation of Nigeria, Institute of Debt Recovery Practitioners of Nigeria and Associate Member of Nigerian Institute of Management (Chartered) and Association of National Accountants of Nigeria.

On the same day, he was made to hand over to the Coordinating Director, Domestic Taxes Group, Abiodun Aina, the most senior management staff of FIRS as required by law. 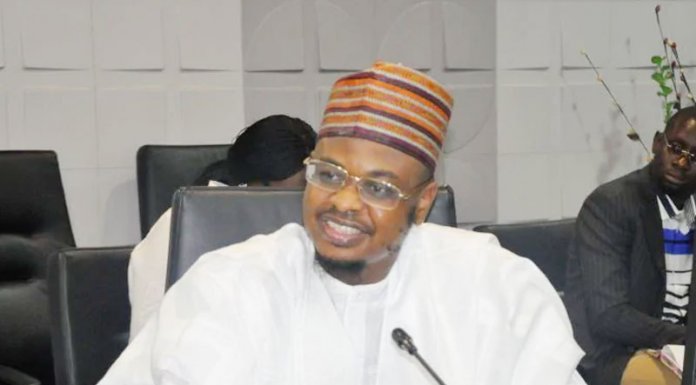