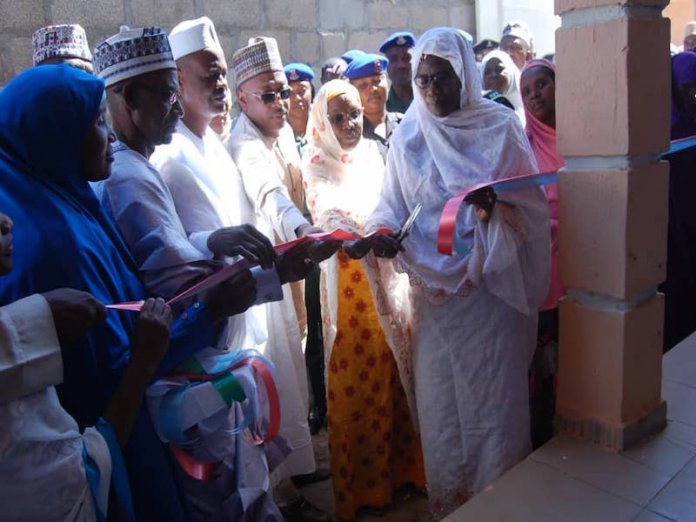 Apparently disturbed by the alarming rate of drug abuse in the state, the wife of the Katsina State governor, Dr. Hadiza Bello Masari, has built a centre for the rehabilitation and reformation of drug addicts and offenders.

The centre located in Funtua Local Government Area of the state, is expected to provide counseling, rehabilitation and treatment of drug users in order to stem the tide of drug addiction among youths in the state.

Speaking during the commissioning of the centre on Sunday in Funtua, Mrs. Masari said that the drug rehabilitation centre would focus on patient detoxification and social reintegration by assessing their physical and mental health.

Drug addiction, which she said is a public health issue with grave cost as it increases crime, destroys life and creates more impediments and dysfunction within matrimonial homes must be tackled by all and sundry, hence the inauguration of the centre.

“The drug rehabilitation centre is built under my pet project, Centre for the Advancement of Mothers and Children in Katsina State. Under this pet project, we have rehabilitated over 100 drug addicts across Funtua Senatorial zone and we intend to do more with this centre in place.”

In his remarks, the state Chief Judge and Chairman Board of Trustees, Centre for the Advancement of Mothers and Children, Justice Musa Danladi Abubakar, said the centre has stemmed the menace of drug abuse among youths in the state.

He, however, noted that the state government has constituted a joint task force which apprehends major drug dealers and as a result of which the rate of drugs supply and abuse in the state has reduced drastically.