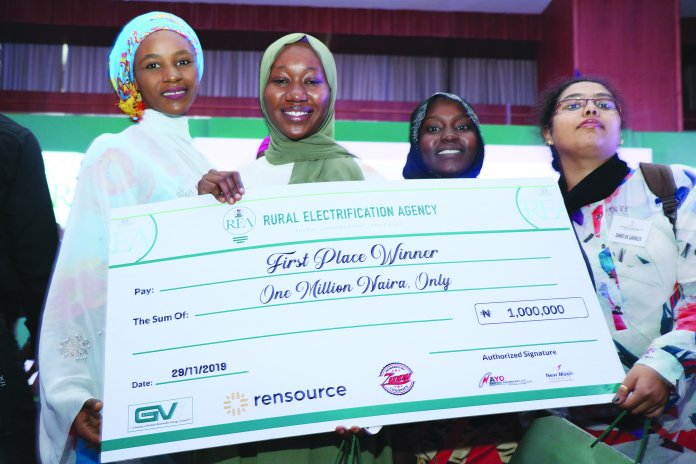 United Nations Educational, Scientific and Cultural Organization (UNESCO) in partnership with IAGIFTED, is empowering brilliant female students drawn from various public and private secondary schools across the country in the area of Science, Technology, Engineering and Mathematics (STEM).

The programme themed, ‘#Girlscrackthecode’, which kicked-off on December 2, at the University of Lagos, Akoka, saw the girls being trained in mental maths, ICT, science Olympiad, as well as tutorials in competence, confidence and courage, among others.

Speaking at the opening ceremony, the founder of IGIFTED, Professor Adewale Solarin told journalists that the essence was to get the girls interested in the physical sciences, adding that girls seem to be more interested in offering courses like pharmacy or medicine.

According to him,  “The girls are dominating in the area of biological sciences, but we need them more in the physical sciences. I try to make them understand that girls are care givers compared to their male counterpart,  but the process of giving care involves a lot of physical sciences.  If girls are not involved , the softness that is involved in care giving, will not be reflected in the equipment they will be handling in the nearest future.”

The Professor of Algebra expressed concern that girls didn’t have the strength to compete with their male counterpart in STEM, saying that it is the reason why they are trying to address the competence, courage and confidence issue in them.

“In terms of competence, its 50:50, the girls have the knowledge, but we still want to build their competence and courage to compete. If you look at it, girls don’t have the strength to compete even if they  have the courage. It’s a global issue and that is why UNESCO is doing the #girlcrackthecode. We hope that we will be able to get as many of them to have the confidence.”

Emphasising on other activities that they will be involved in, Solarin who is the former Director General of National Mathematical Centre said, “There are four sections in the activities that they will be doing; we have the mental maths programme that is designed to ensure their fast thinking and tasking their brains, the  we will also be addressing the fact that they need to be courageous and confidence and general talk about their personality such that the word impossibility will be out of their dictionary.

“We are going to divide them into groups and they will be competing among themselves. We also be developing them for the Maths Olympiad which is more deeper than the normal curriculum. We have the UNESCO micro science kits , we have the ICT which will include all the software they need to know, coding and apps that they will also need to learn.

“One word that will be out of their dictionary is the word impossible . They will be ready to take challenges and be involved in creative thinking ahead of the industrial revolution.”

Some of the female students who expressed excitement about the training, said it would improve their proficiency in the area of STEM and be a better person that would impact their immediate environment.

The programme which will climax on December 20, will witness the presentation of medals to winning teams and individuals for a competition that they will be participating in.