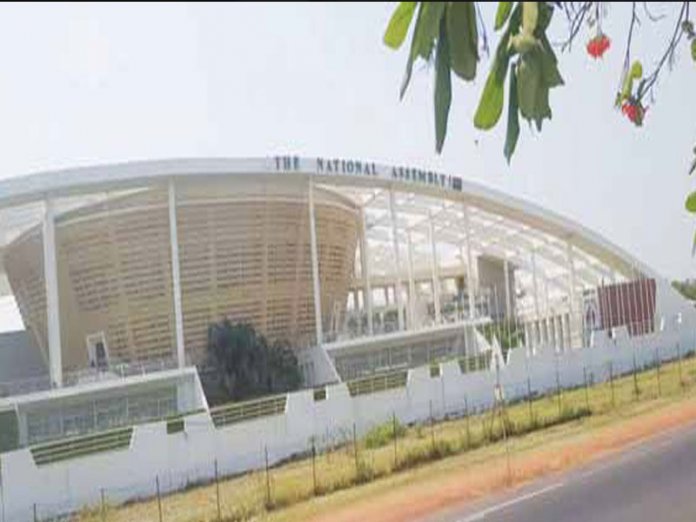 It is not for nothing that Nigeria is considered as the giant of Africa. One needs to visit other African countries to confirm the mega status of Nigeria, even though we all seem to undermine what Nigeria is, back home.

For some ten days, I had chosen to explore what The Gambia has in stock. I had checked out a few statistics and sociometrics about the tiny West African country before hopping into Air Peace, one of the two airlines that flies to Banjul from Lagos (Nigeria).

The cabin of the plane, was perhaps one of the fore signs that it will be a glitter-free trip. There was no ambience of an international flight. It was like a Lagos—Benin-city flight. Everything looked ordinary, if not queer. It was a night flight. And ninety percent of the passengers were Muslims that night of November 6. I had wondered if Gambia was such a conc Islamic country, until an old man who sat beside me explained that Muslims were going for the celebration of Id El Malaud in Senegal. And after about three hours of cool flight, the plane stopped over in Dakar where nearly all the passngers disembarked. Few minutes later, a large clan of young men, all with a a peculiar dress pattern and rasta (dreadlock) hairstyle, and sagged trousers, swarmed into the plane with a high volume of cacophonic noise, typical of youngsters.

And that got me thinking: what that high number of Nigerian youths were doing in a poor francophone country like Senegal.

At the time we got to Banjul, it was well over 2.30am. The atmospheric of the International airport was, again quite telling: too simple, to the point of being pristine, or even rustic.

At that hour, there were yet some local women still selling groundnuts and banana outside the airport shed called terminal, under the sky. They had even slept off, with some low-charged torch light beaming some half-light beside them.

A car from my hotel had been sent to pick me up. Its driver bore my name above his shoulders. Again, the casual look held me in stitches. He wore something like a black singlet atop some tired jeans trousers.

The car park was a poorly-lit empty land space. The bright moonlight beamed more illumination than the far-between electric poles.

The car itself was a very old Ford SUV (the model of which cannot be later than 1985). The inside of the car bore all the signs of a weather-beaten vehicle. The side mirrors were held back with black cellotape. The driver was warm and friendly. He soon loaded my box into the second row of the car, opened the car with some cranky yell, and turned the key. The engine roared to life like the cry of an old woman. The door glasses were not wound up. The accessories for all that seem to have long been on holidays. And off we sped away. The air was cool, amidst flying dust.

The hotel, Woodpecker Resort is almost a shouting distance away, so in no time, we were there. Everywhere was asleep, save the lone receptionist. And by the time check-in formalities were completed, it was past 4.am.

One of the first shocks was the smallness of the bed. It was almost smaller than the “six-spring” boarding house beds. Whaaat! Why was it that small?, I asked. “Because you booked for a single bed”, they explained.

Next, there was no fridge in the room. Reason? If you need a refrigerator, you have to pay extra per day. Everything is monetised. Later on, I found that some hotels even charge extra for fan and Air conditioner. That there is free wifi becomes a huge marketing edge.

It got to a height, one morning that I asked for an extra cup of tea, during breakfast. “you have to pay for it”, the untrained attendant said. “I should pay for an ordinary Lipton tea bag?”, I asked. And she said “yes”, stressing that every guest is entitled to one tea bag per breakfast, and anything more than that had to be paid for. That beat me. That was my last day in that hotel. I checked out next day.

I eventually found a friendlier hotel where one could take as many cups of tea as desired per breakfast. It was bigger, healthier and right at the periphery of the many beaches of Banjul.

Driving round the city is another experience altogether. It is almost like a one-city country. Not much happens outside Banjul, the capital..

The Gambian economy is yet weak. And you see the manifestation on the lives and faces of the people. You see petty traders still set up their small wares along the road, under the scotching sun, waiting for buyers that hardly come. The purchasing power of the average Gambian is quite weak and low.

Perhaps, one major factor that has restrained the growth of the Gambian economy is its population. It is barely two million people. Even at that, many believe it is the population of foreigners like Nigerians, Ghanaians and the tourists that raises the figure to the two million projection. ”We believe we are not really more than 1.5 million people:”, says Mr Jarga Lai Mboge, a hotelier and businessman.

So, even my FESTAC estate (with about three million people is much more than the entire Gambia. And that is one major selling point for Nigeria: its huge population which translates to huge business opportunities.

There are three major tribal groups in Gambia (Mandingo, Wolof and Fulani) and they literally understand one another’s language. That promotes peaceful co-existence

And so, a lot depends on foreigners, most of whom are tourists, And many are they. The European tourists savour the heavy sunshine and beaches of Gambia. They flock to the beaches almost all day, swimming and even lying on the clean sand at the beachside. It’s surely a good holiday resort or a get-away spot.

Many young female tourists fall in love with the local tour guides, many of whom are like rough rasta masters: dirty and heavy beards, dreadlocks and complete with smoking habits. Some are even on drugs: marijuana and other substances. But they do not make trouble. They are unusually peaceful. But have menacing looks, what with their fiercely dark skins. Male tourists also fall in love with the local women.

My driver, Suleiman, explained that many of the “oyibo men” buy houses for their Gambian girlfriends and they have indeed caused a rise in the cost of properties in the country.

It is indeed an economy that depends heavily on foreigners. Aside the boost the tourists bring to their economy, the Nigerian input is huge.

Aside the local indigenous Bank: Trust Bank, all the other banks are Nigerian: First bank, Guaranty Trust Bank, Access bank, Eco Bank, Zenith Bank, United Bank for Africa (UBA) etc., are all over the country.

They are yet a cash-heavy economy. I did not see any ATM in the country. In their shops and business outfits, POS do not work. Everybody carries cash. However, their local currency, Dallasi is stronger than Nigeria’s Naira While a $100 bill will give you 5,000 Dallasi in Gambia, it gives you about N36,000 in Nigeria.

Many private businesses are owned by Nigerians.

Even in entertainment, it is Nigeria all the way. You hear Nigerian music played on their radio and TV stations back to back. On the two TV stations in the country, the Nollywood content of their programmes is high. At other times, they tap signals from Ghana.

Even in religion, Nigeria is it! The major churches are Redeemed Christian Church of God, Deeper Life Bible Church, Living Faith Church etc. . Most Gambians are Muslims. But they are anything but fanatical

It is remarkable that they have very stable electricity supply. In the ten days of stay, I experienced only a 19-minute power cut, once.

But they complain of high electricity tariff, same with cost of telephone services.

If there was a search for the most striking poverty index of the country, the state of their cabs will be a good indicator. You have not seen rickety cars and cabs until you get to Gambia. Gosh! You will cringe. The cabs, mainly old model Mercedes 190, draped in yellow colours and two green middle lines across the frame of the car (like Lagos cabs) are often an eyesore. Either the bumpers or the bonnets or one of the doors are usually in different colours. The cabs, with broken headlamps or shattered pointers, bashed bodies, are tired and crying for liberation, but they still manage to roll along. The howling noise of the engines tell the whole story. A few buses ply the roads. Some still move their goods using carts and horses. Their roads are few, but well maintained. No pot holes.

But the country has a big port. And when you compare with the Lagos port, the Gambian port is reduced to a mere jetty. Just few trucks on the ill-paved way to the port. The surrounding neighbourhood seems rustic and poverty-struck.

In all, the Gambian economy is stable and prospective, even as the people are yet to bask in the benefit of democracy with the advent of President Adama Barrow, after Yahaya Jameh was forced out. But the giant National Assembly complex in Banjul remains a strong reminder that in democracy there is prospect of boom and growth.