Moody’s Investors Service, one of the global credit rating agencies, wednesday changed its outlook on Nigeria’s ratings to negative from stable.

“As pressures mount, there is a risk that the government resorts to increasingly opaque and costly options to finance a moderate but rising debt burden.

“Moreover, vulnerability to an adverse change in capital flows is building in light of Nigeria’s increasing reliance on foreign investors to fund the country’s foreign exchange reserves.”

Furthermore, it pointed out that Moody’s decision to affirm the rating at B2 recognized a combination of credit strengths, including the country’s large and diversified economy supported by vast oil and gas endowments, notwithstanding persistent credit weaknesses such as its very weak institutions and governance framework and in particular poor public finance management.

“Concurrently, Moody’s has maintained Nigeria’s country risk ceilings at their current levels: Foreign Currency bond ceiling at B1, Foreign Currency deposit ceiling at B3, and Local Currency bond and deposit ceilings at Ba1.”
Moody’s also said the drastic reduction in Nigerian banks’ non-performing loans (NPLs) will help in reducing the risk of capital erosion from unexpected losses and lessens the need for loan loss provisions.

Nigerian banks’ NPLs reduced to 6.6 per cent at the end of October compared to the 14.1 per cent it was in 2018.
This was the first time the NPLs would drop to a single digit in the past 42 months.

But the rating agency’s banking analysts, Mr. Peter Mushangwe, in a note obtained by THISDAY yesterday, described the development as credit positive.

“The Nigerian banking system’s non-performing loans ratio reduced to 6.6 per cent at the end of October from 14.1 per cent a year earlier, according to the central bank. This is credit positive, as lower NPLs reduce risk of capital erosion from unexpected losses and lessen the need for loan loss provisions. The improvement in asset quality is mainly due to banks’ growing loan books, write-offs and successful workout of exposures,” he stated.
Moody’s has maintained a stable outlook on the Nigerian banking system.

“Our view reflects the banks’ resilient capital buffers and their stable deposit bases. Although Nigerian banks’ asset risk and profitability will remain key rating challenges, we expect these challenges to gradually ease in 2020 as the economy improves further,” the agency added.

It predicted that economic growth would be modest as the real Gross Domestic Product (GDP) would expand to 2.3 per cent in 2019 and 2.8 per cent in 2020, up from 1.9 per last year.
However, it noted that the GDP projection would be well below the level required to improve Nigerians’ living standards.

It said: “Lending growth will recover in the second half of the year following a contraction in 2018, but it will remain subdued and will not appreciably boost banking revenue.

“Higher oil prices will constrain new NPL formation while high loan-loss reserves will allow banks to write off some of their bad debts.

“These credit positives will be moderated by lingering risks from high loan concentrations and high delinquency levels. Capital buffers will remain stable.

“System-wide tangible common equity will be stable at 16 per cent of risk-weighted assets at year-end 2018, which will be sufficient to absorb losses under our baseline scenario.”

A member of the Central Bank of Nigeria (CBN) Monetary Policy Committee (MPC), Prof. Adeola Adenikinju, had said the financial systems indicators were in the right direction.

He noted that unemployment, poverty and weak growth were major structural problems in the economy, saying that unfortunately, there was a limit to the potency of monetary policy alone to address problems of power deficit, infrastructural gaps and other factors contributing to high costs of doing business in Nigeria.

These problems, unless addressed, would also limit the extent to which the country can effectively benefit from the Africa Continental Free Trade Agreement (AfCFTA), he said.

editor - July 10, 2020 3:05 am
49
BY ATTAHIRU JEGA There is currently an upsurge of passionate demands for “restructuring”, “true federalism” and “actualization of the sovereign state of Biafra”. These demands are... 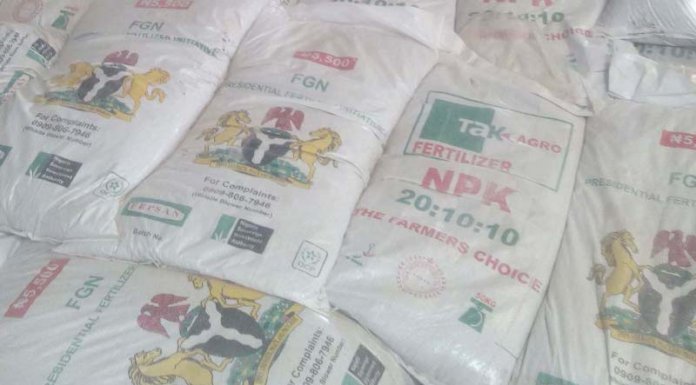