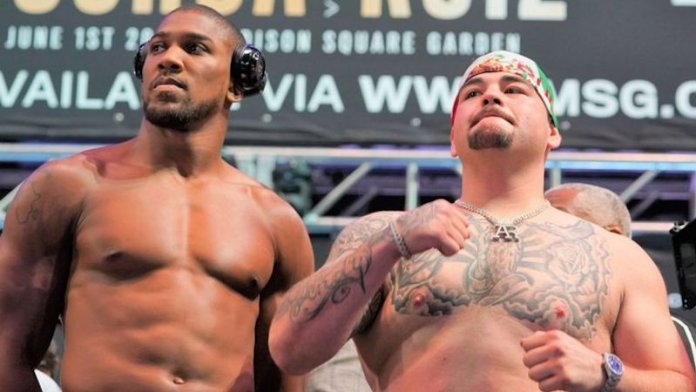 When Anthony Joshua and Andy Ruiz Jr fight on Saturday, one glaring feature of top class professional boxing will be absent – the scantly dressed ladies.

It has been decided that there will be no ring girls between rounds. Ahead of this Saturday night’s eagerly-anticipated rematch taking place, the long-standing ring girls tradition has been scrapped by the sport’s officials.

The decision has been made in order to respect the culture of Saudi Arabia, which has strict laws governing what women can wear in public.

Joshua will be desperate to claim victory in Diriyah after Ruiz shocked the boxing world last time out in June by stopping the Brit in the seventh round at Madison Square Garden.

It appeared Joshua and Ruiz would battle it out again in Cardiff before Saudi Arabia swooped in with a lucrative bid late on.

Joshua, who has arrived in the country to finalise his preparations, admits he can’t way to get going.

Joshua said: ‘It’s going to be an incredible night and I’m thrilled so many of my fans are going to be there, particularly from the UK.

‘It’ll definitely be a night people will tell their grandchildren they were at, one of those iconic evenings of boxing. Everyone from Saudi has been brilliant to work with.’