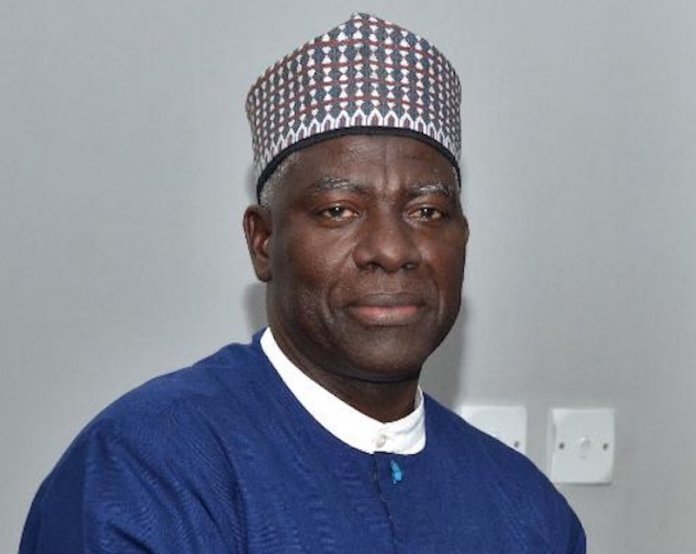 I smiled when I read through the above titled article by THISDAY Saturday Editor, Yemi Adebowale. I smiled because people tend to be emotional, when things do not go the way they want or their opinion refuse to hold water. The first booboo by Yemi is when he opened his article positing that the Director General of the State Security Service (SSS), Mr. Yusuf Bichi (fwc) needs special training on the principles of democracy, freedom and free press. This is totally laughable because, with all the accolades that Yemi has collected in the field of journalism, he should know that Sowore is not held because of free press issues. He is charged with treason. I will also ask him to go for special training in government, to understand the inner workings of the civil service.

From Yemi beautiful resume, I am not surprised and cannot find where he worked in Government at any level for a single day. However, if this might help, it is common knowledge that the Director General of the SSS and indeed the State Security Service, from the instruments that created it, carries out directives from the President and Commander in Chief of the Nigerian Armed Forces.

To now transfer aggression on the DG SSS is unfair and misplaced. Incase Yemi has not made his research on Mr. Bichi, I will tell him for free that he is among the well educated and trained, new generation of forward looking Director Generals the Service has had in recent times, except one.

Yemi’s article continue to make me laugh because as a seasoned journalist, he allows his emotions to cloud his reasoning by using unnecessary hyperboles like “Bichi unleashed……truckloads of operatives on inoffensive protesters” Really? Truckloads of operatives from where? To the perimeter walls? He continued, “One of the SSS guys even fired live shots” and there was no fatality? Can Yemi differentiate the difference between a shot of tear gas canister and that of a bullet?

Let me benchmark from a foreign country. Intelligence agencies the world over protect their perimeters to the highest level. Failures carry severe consequences. It was no surprise then that the inability of the FBI to defend the American embassy in Benghazi in 2012 was contributory to Hillary Clinton losing the the last American election. The incident was cited by Trump at any opportunity he has because she was the Secretary of State and supervised the embassies and the FBI, who are responsible for protective services.

The SSS will therefore, not standby and allow street urchins and thugs, scale the perimeter walls of its headquarters, because Sowore is detained inside. At best the SSS operatives will be praised for handling the situation with a human face. But this will serve as warning to terrorists or protesters to stay away from the SSS Headquarters.

There is deliberate misinformation being churned out about the Sowore case. For the information of the reading public, it is important to state here that the SSS cannot arrest people and release them arbitrarily. Sowore is charged with treason and was denied bail in the first instance. His case is being prosecuted by the Attorney General of the Federation. He later secured bail with very stringent measures because of the weight of his offence, as seen by the office of the Attorney General.

After the bail term were perfected, those who perfected the bail absconded. Suspects on bail are released to the bailor, even at Divisional Police Stations. Why is Falana telling every body that care to listen, that the DG SSS will be jailed if he does not release Sowore? Do they want Sowore to be taken to the SSS gate and asked to take a walk? Playing to the gallery do not win cases and the SAN is very much aware of this, but uses it to control public opinion.

There are procedures for release of suspects and it is a simple process. The person who posted the bail have to show up at the SSS Head office, sign the necessary papers and take Sowore away, with a promise to produce him anytime the court wants him. Maybe they want what happened with Nnamdi Kanu to repeat itself, as he has jumped bail. Those who signed the bailment have learnt their lesson. Have you stopped to think why  nobody came forward to bail Sowore in the first instance?

While all these are going on Sowore’s lawyer, the Learned Silk, Femi Falana would have directed his arguments and publicity stunts to the Office of the Attorney General. He rather went to the press castigating the person of the DG SSS. It has always been the SAN’s style to play to the gallery. Same thing he did about El-Zakzaky until I pointed out to him in a television interview that it is El-Zakzaky who actually opted for SSS custody, instead of prison custody.

The learned silk is on record that his client’s health is failing and there is need for him to be flown to India to meet his doctor. The government succumbed and sent El-Zakzaky to India; but what did we get? The hospital was swamped by Iranian agents, who were planning to abduct him to Tehran. He started making unnecessary demands which angered the Indian doctors to discharge him. Of course the vigilant operatives of the SSS were on hand to foil any high profile abduction. Falana was utterly disappointed with his client who on return still opted for SSS custody, where he is being taken care of, better than his home.

The officers and men of the SSS are the first among patriotic citizens in Nigeria. It is the only government agency, despite political encumbrances that has stayed the course, in nationalism and patriotism. It has gone through its ups and down times but I personally look forward to when the Service will be independent to defend only Nigerian National Interest, as agreed by the National Assembly.

So a little advice to Mr. Yemi Adebowale – you are backing up the wrong horse. Bichi or the SSS has no issues with Sowore. He has been treated most humanely as any political suspect can get. It is like the Prison Service, only that in the case of the SSS, they also carry out necessary investigations. But unlike the prisons, or Correctional Services, the SSS cannot just release Sowore until those who ordered for his detention are in agreement and gives the SSS the green light. But there is a problem now. Neither Femi Falana, SAN or the Protesters or Yemi Adebowale have the right to receive Sowore from the SSS because they did not post the bail bond. As a journalist, I expect Yemi to find that bailor and let him tell Nigerians, why he is developing cold feet, at this time.

–––Amachree is a retired SSS Assistant Director and a Security Consultant in Nigeria and Houston, Texas