At a recent dialogue on Arise TV, the National President of the Ijaw Youth Council, Mr. Eric Omare, reviews the issues bedeviling the 19-year old interventionist agency, Niger Delta Development Commission, and insists that the Minister of the Niger Delta Affairs, Senator Godswill Akpabio cannot be a judge in his own case by setting up an Interim Management Committee many weeks after the Senate confirmation of a substantive board for the commission

What are your thoughts on the way the NDDC has been politicized?

The problem we have is with the implementation of the law establishing NDDC. Instead of strictly complying with the law establishing NDDC, emphasis is placed on political patronage, in other words, the NDDC is being used as a platform to patronize the party in power instead of using it as a platform to develop the Niger Delta region. This is not peculiar to this administration. That has been the pattern since the formation of NDDC in 2000 by an Act of the National Assembly. From January till date we have had different leadership in NDDC – the Ndoma-Egba led Board was dissolved in January, an Interim Management Board led by Professor Brambaifa managed the Commission up till August when it was dissolved; then an Acting Managing Director; and then a list of substantive Board was sent to the National Assembly. We thought with that, it will bring a level of sanity and stability to the Commission. Unfortunately, and to our surprise, the Minister of Niger Delta Affairs, Chief Godswill Akpabio set up an Interim Management Committee that is not contemplated by the NDDC establishment Act. Under the Act, there is no room for an interim management committee, in the first place. If there is need for such, it has to be borne out of necessity, which does not exist in the present circumstance. The President has already exercised his powers under Section 2 to nominate members of the substantive board to the National Assembly and the Senate has confirmed members of the substantive board. What ought to happen in any sane society is for the substantive board to take over the leadership of the commission immediately. Two weeks after the clearance, we still have a contraption called an interim management committee presiding over the NDDC in flagrant violation of the law establishing the NDDC.

Because of your unhappiness with this interim board and your insistence that the duly nominated and confirmed board should be allowed to manage the NDDC, it was reported that you were going to storm the gate of NDDC in Port Harcourt, but you were countered by another faction within your group, Ijaw Youth Council who are in support of the actions of the Minister for the Niger Delta. Can you explain what is going on?

We are not surprised by those who are supporting the illegal actions of the Minister for Niger Delta, Chief Godswill Akpabio. As far as we are concerned, they are hired to do what they are doing. It has no impact on what we are doing because what we are doing has the support of stakeholders. It has the backing of law, and it also has the backing of good conscience. Those who are supporting the interim management committee have not come up with any justifiable reason why there should be an interim management committee. All they are saying is that the interim management committee has the blessing of Mr. President. And what we are saying is that we are in a constitutional democracy. That simply means we are country that is ruled according to laws. The office of the President of the Federal Republic of Nigeria is a creation of law. Therefore, the President must act according to law. Under the NDDC Act, there is no room for an interim management committee. That simply means that whether the President is aware or not is of no use. We do not care what some hired people are saying. Most importantly, we are raising a key issue of law, an issue that is in tandem with the developmental aspiration of the people of the Niger Delta, an issue that every body of good conscience is in support of and some people are still going ahead to support an illegal contraption called IMC. That shows the intention behind those supporting the IMC.

Most importantly, we have also contested the IMC on the basis that the Minister for Niger Delta, Chief Godswill Akpabio is an interested party in the forensic audit. Mr. Akpabio was Governor of Akwa Ibom state from 2007 to 2015. Within this period, he nominated Executive Director, Projects. Within that period, he nominated a substantive Managing Director. The immediate past Managing Director, Mr. Nsima Ekere is his own close political ally. How can he supervise a forensic audit that involves his close political allies? You cannot be the judge in your own case. It’s only Mr. President that can set up the forensic audit and supervise it directly and not Mr. Godswill Akpabio who is an interested party. That’s one of the planks of our position against the IMC, beyond its illegality.

You spoke about failure to adhere to the law that established the NDDC itself, and of course this is a double-edge sword. There are arguments on both sides to this. You have laid it out pretty clear and you showed where the law hasn’t been followed. What do you want to see as the National President of the Ijaw Youth Council?

The President as a matter of urgency must inaugurate the substantive Board of NDDC headed by Chief Odubu as Chairman and Chief Bernard Okumagba as Managing Director. Unlike previous leadership, we expect this leadership to face the business of governance.

We want a substantive leadership with a secured tenure that will face the business of governance that will bring sustainable development to the Niger Delta. The Niger Delta is in need of a lot of federal government intervention.

There was this report by the Acting Director of Projects, Dr. Cairo Ojuogboh, who pointed out that a Senator is responsible for 300 projects, 120 of which have been fully paid for and yet you don’t see much of it on ground. I don’t know if you have any information about this particular Senator whose identity has not been disclosed. Does the Ijaw Youth Council have a position on the manner in which the NDDC has become a symbol for corrupt practices?

Our position is that NDDC from inception has not been run the way it ought to. There hasn’t been financial probity in the management of the NDDC. So we want the mess to be cleaned up, but in trying to do that some persons are trying to take advantage of the mess in the NDDC to also commit further financial atrocities. For example, when the Governors of the Niger Delta visited the President, he ordered for a forensic audit. We had expected that the President will follow up that directive with the appointment of international reputable organization to carry out the forensic audit of NDDC but instead what we have is an IMC with its members leaking allegations on a daily basis. While we support the forensic audit in totality, what the IMC is trying to do is to compromise the forensic audit. When you make an allegation that a particular senator has 300 contracts without mentioning his name, the implication is that when you have the forensic auditors and the findings of the forensic audit does not align with the allegations that you have made, you have called to question the essence of the audit.

As President of the IYC, what do you make of the election in Bayelsa state vis-à-vis the role of the youths? While the Ijaw Youth Council is concerned about policies and development, many youths in the Niger Delta are still being used to snatch ballot boxes?

We appeal to our people to maintain law and order. Unfortunately, before the election, there were challenges in some parts of Bayelsa state, but substantially, I think that the outcome of the Bayelsa election is a reflection of the wish of Bayelsa people.

In conclusion, let me also say that the National Assembly should not entertain any budget from NDDC by the IMC because under Section 18 of the NDDC Act only the substantive Board can submit a budget. 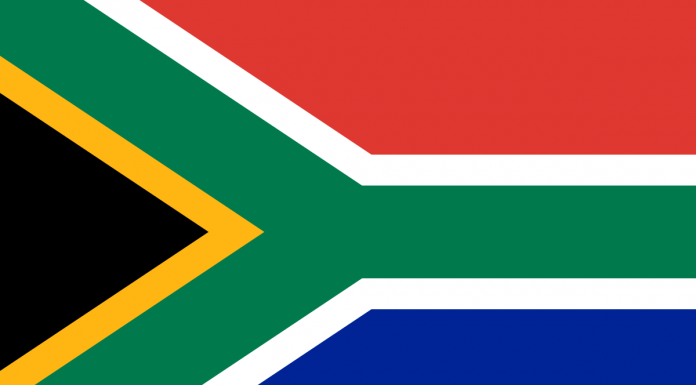 BUNI, ZULUM AND THE NORTH-EAST