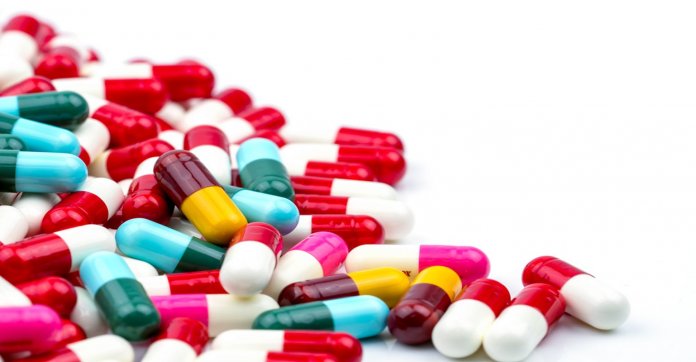 As Nigeria joins the rest of the world to commemorate the World Antibiotic Awareness Week (WAAW), a renowned Clinical Microbiologist, College of Medicine, University of Lagos, Prof. Oyinkan Oduyebo has urged individuals, health workers and policy makers to handle antibiotics with care as the drugs were fast becoming less effective because germs are becoming resistant to them.

Speaking at the Annual WAAW media sensitisation forum organised by St. Racheal’s Pharma in Lagos recently, Oduyebo who doubles as the Chairman, Lagos University Teaching Hospital’s Antimicrobial Stewardship Committee and Coordinator, National Antimicrobial Stewardship Committee said there’s need to protect the antibiotics currently in use as new ones are not being produced to replace them.

“Such protection could be achieved if both the prescribers and users strictly follow the principles of antibiotic therapy to ensure that the drugs are being used to treat what they are meant to treat and not subject to abuse,” she said.

One of the principles, according to her, would be for caregivers to watch out for evidence if infection, determine whether or not such infection would respond to antibiotic treatment, request laboratory analysis before treatment and taking decision on the appropriate drug to be used.

Oduyebo showed graphics from different studies showing that virtually all antibiotics currently in use worldwide have suffered some form of resistance from organisms. “Antimicrobial resistance occurs when microorganisms change in their response to antimicrobials such that infections can no longer be treated with the antimicrobials to which the microbes were once sensitive.

“As a result, the antibiotics become ineffective and infections persist in the body, increasing the risk of spread to others. This leads to higher medical costs, longer duration of treatment, prolonged hospital stays and increased mortality.”

She called on hospitals to adopt antibiotic policy as part of their formulary to ensure a rational use of antibiotics. “An antibiotic policy will improve patient care by promoting the best practices in antibiotic prophylaxis and therapy. It will ensure better use of resources by using cheaper drugs where possible and also retard the emergence and spread of multiple antibiotic resistant bacteria.

“An antibiotic policy will also improve education of younger doctors by providing guidelines for appropriate therapy. It will eliminate the use of unnecessary or ineffective antibiotics and restrict the use of expensive or active ‘powerful’ ones”.

Earlier in his address, the Chairman, Chief Executive Officer of St. Rachel’s Pharma, Mr. Akinjide Adeosun said the company, also known as ‘House of Antibiotics’ fully aligns with WHO’s efforts towards raising awareness on the global menace of irrational use of antibiotics.

According to him, the company decided to organise the WAAD media sensitization forum to increase global awareness of antibiotic resistance and also to raise awareness about the fatality of preventable and treatable respiratory tract infections.

He cited a recent report by UNICEF which revealed that Pneumonia ( a killer lower respiratory bacteria disease) claimed the lives of more than 800,000 children under the age of five globally in 2018,or one child every 39 seconds, even as Nigeria recorded the highest burden with an estimated 162,000 deaths or 443 deaths per day (18 deaths every hour).

“I urge the federal, state and local governments in Nigeria to strengthen their Pneumonia Control Strategies to reduce child Pneumonia Mortality,” he said.

Adeosun also advocated the establishment of a health care bank like the bank of Industry and agriculture. This, he said would cater for the strategic needs of the health care of the nation.

“Only an educated workforce with sound health can be productive thereby leading to the prosperity of Nigeria,” he said.