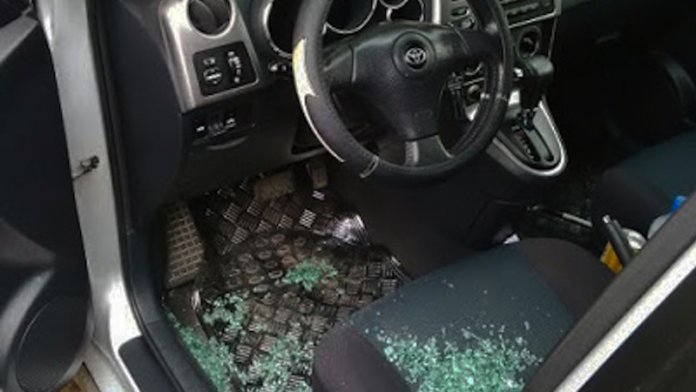 THISDAY’s Executive Director and and Arise TV analyst, Mr. Emmanuel Efeni, his kids and other motorists, have fallen victims of traffic robbers who take advantage of the perennial gridlock in Lagos to attack unsuspecting motorists.

Efeni and others were attacked by these traffic robbers on the long bridge along the Lagos-Ibadan Expressway yesterday morning.

As was the norm in the past couple of months, motorists were stuck on the bridge due to the gridlock, when the robbers struck and dispossessed them of their belongings.

Armed with sharp objects, the gang in true Gestapo-style, broke the side mirrors of the cars stuck in the traffic and robbed the occupants of their valuables.

The robbers held sway at the entire axis for several minutes before the motorists, who were tired of the assault, mustered courage and retaliated.

He said: “The traffic logjam has become constant as a result of the partial closure of the Berger Bridge for the ongoing construction of the expressway.

“They got to my car, smashed the glass of the front passenger where my daughter was sitting and were asking in northern intonation, ‘where is the money?, bring the money”.

“We were terribly frightened as they moved from car to car. It took some group of men who mobilised other drivers from their cars who came out with their spanners, cutlass and whatever they could lay their hands on to confront the thieves.

“With the large number of men approaching, the robbers took to their heels and jumped under the bridge with their loot.” This incident came barely a week after the new

Commissioner of Police, Lagos State Command, CP Hakeem Odumosu, declared a state of emergency on traffic management and control in the state. One of the measures he mapped out was the review of the time for duty report for traffic officers to take care of the peak hours.

He said traffic duty officers will run shifts between 10a.m. and 10 p.m. while the second shift will be 10p.m. to 10a.m., providing 24 hours coverage.

This he said would ensure free flow of traffic and will also curb the menace of traffic robbery.

Roman Shapovalov Carves Niche for Himself in Real Estate

Babangida Aliyu: Why Should Anybody Be Going Round with AK-47 in Our Country, Why?