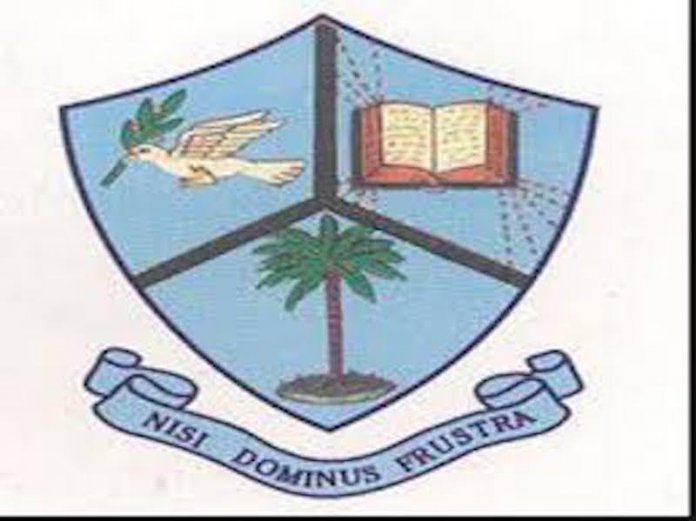 The President of the Old Grammarians’ Society (OGS) of CMS Grammar School, Bariga, Lagos, Mr. Olu Vincent has called for more understanding between the old boys and the mission for greater0 development of the school.

Vincent said this at the 2019 OGS Merit Award ceremony, organised to honour members who have contributed significantly to the progress of the school, activities of the OGS and the socio-economic and political development of the country.

While highlighting the contributions of the old students, he said: “We can recall what happened to the school when the then government took over all the schools in Lagos State. We lost all our identity as a faith-based institution and we could not boldly vouch for all our products. It is on record the great and fantastic efforts the OGS embarked upon to reclaim our school after a long ‘battle’ in 2001 only to meet a carcass of the great CMS Grammar School.

According to him, since 2001, the old boys have invested over a billion naira towards its transformation, but stressed that “the contributions will not confer ownership on us as some old boys have erroneously believed.”

While calling on the government to invest more funds in education to address the rot in the sector, he said a nation that fails to invest in education will not grow. He also emphasised the need to reinvent the discipline they had, adding that students must be brought forth in the ways and fear of the Lord.

On some of projects executed by the old boys, Vincent said: ”We built a new ultra-modern hostel for the students, a new staff quarters, Olympic size swimming pool, a new chapel, new lawn tennis court and did the landscaping of the school and the library; and currently we are building a N250 million e-library for the school. “We are spending money again to enhance the capacity of teachers. We have a teacher training programme, N1 million every year by an old boy dedicated to training and enhancing the capacity of teachers every year. Then for the best teacher for each subject, we give an award of about N50,000 every year just to motivate the teachers. For every ‘A’ students score, we give the teacher N5,000. The teachers are not well remunerated so the only thing we can do for them is to try and see what we can do to make them feel happy. What we are trying to do now is to have a staff quarters that can accommodate all the teachers in the school premises so that no teacher has to go anywhere for residency.”

The Chairman, 2019 Merit Award Committee and Second Vice-President, Dr. Dipo Arigbede, said the ceremony was to reward those who have contributed to the oldest secondary school in Nigeria and who have contributed their quota to the development of the country and human race. “There is no other way than to honour them for their selfless service. If you are honoured in a ceremony like this, you feel fulfilled; it is a confirmation that you have contributed towards your field of endeavour and every year you see new people in every aspect of life being rewarded.”

He stressed that the award is not meant for corrupt people, adding, “in the history of the OGS merit award, we have never seen corrupt people being recognised. They are self-made people who have achieved success.”

One of the awardees, Mr. Biyi Otegbeye described the event as a celebration of legacy and tradition and values.

While thanking the association for the honour, he appealed to old boys who have not been supporting their alma mater to start, as the challenges are enormous and cannot be left to the government alone.

“I was here 10 years ago and this place was like a decay, but coming back now to see it is a thing of joy to me and I note that these were accomplished not by government, but by the old students so I give a clarion call to everybody, all of us must have come from somewhere, whether primary, secondary or university, we should learn the culture of giving back to the society that made us whatever we are.”

Another awardee, Engineer George Fajemirokun, said the award came as a surprise to him, “out of millions of old students, I was picked to be an awardee. I appreciate the efforts of my seniors, the board of trustees, the OGS president, past and present for picking me. I see myself like I have done nothing for the school in comparison to others, but I am grateful for the award. I am glad to be an old student of the school and I am proud to defend my school anywhere I am.”