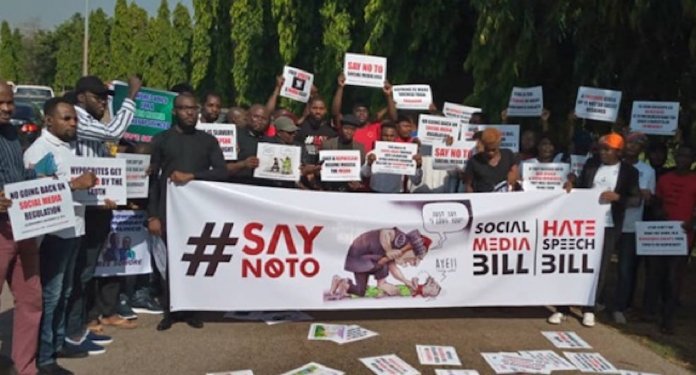 Security was very tight around the gate to The Three Arm Zone and the Federal Secretariat by policeman to prevent the protest from escalating into violence.

The procession also demanded for the release of human rights activist, currently in detention for planning a revolution.

They described Social Media Bill as anti people and an infringement on freedom of speech. The Bill had proposed death penalty for offenders. But the sponsor of the bill on Monday expressed his readiness to expunge the death penalty aspect.

They demanded for its rejection by Senate.