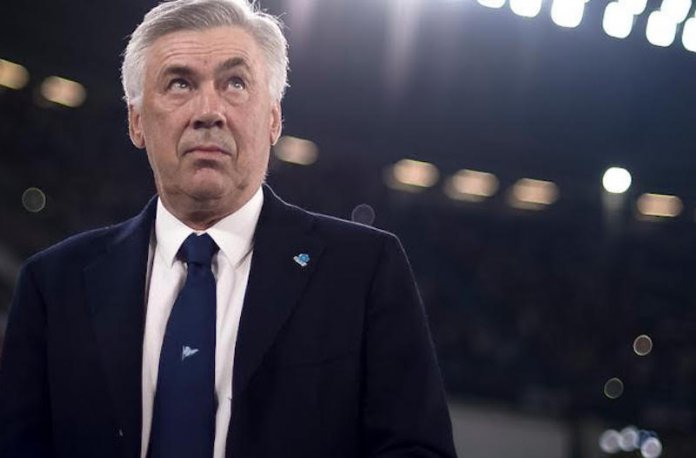 Napoli head for Liverpool tonight for a Champions League which could prove crucial to coach Carlo Ancelotti’s future at the troubled Italian club.

The three-time Champions League winning coach’s second season at the Stadio San Paolo has proved to be a complicated one, after leading them to second in Serie A in his first year.

His team’s fortunes have waned after the high of opening their Champions League campaign with a 2-0 win over reigning European champions Liverpool, with dressing room unrest amid friction between the players and club management.

Napoli president Aurelio De Laurentiis ordered the team to be confined to a week-long training camp earlier this month after a 2-1 league defeat to rivals Roma saw them slip to seventh in Serie A.

But as Ancelotti voiced his disagreement with the lockdown, the players all returned home after a 1-1 draw against Salzburg three days later, which stalled their bid to reach the Champions League last 16.

“The relationship between the president and I is excellent and nothing changes,” Ancelotti had insisted after saying he disagreed with the ‘ritiro’ or training camp.

Film mogul De Laurentiis threatened to sell the entire squad and take legal action against the players after the dressing room revolt.

And the sanctions began to fall this week amid reports Monday the players would receive hefty fines for breaking the lockdown.

Gazzetta Dello Sport reported that players’ salaries for the month of November – apart from those out injured at the time – will be cut by a quarter.

Brazilian Allan, who had an argument with Edoardo De Laurentiis, son of the Napoli president, will see his salary slashed by half, or 200 000 euros ($220 000).

The club have also imposed a media silence with Ancelotti and the players refusing to speak after Saturday’s 1-1 draw against AC Milan extended their winless run to six games in all competitions, and left them 15 points behind Serie A leaders Juventus, out of the European places.

However, under UEFA rules Ancelotti will be obliged to speak during a news conference at Anfield on the eve of the match, with Napoli confirming that he will be present.

“We are not satisfied with the performance and the ranking, but it is also true that we deserved more points and more luck in various games,” Ancelotti said earlier this month

“The situation must be considered with a cool head.”

Ex-Juventus coach Massimiliano Allegri, meanwhile, was seen in the stands at San Siro on Saturday, fuelling speculation he could be waiting in the wings.

Napoli are still on course to qualify for the Champions League knockout rounds as they are second in Group E behind Liverpool, four points ahead of third-placed Salzburg with two games to play.

They will reach the last 16 if they beat Liverpool or if Salzburg do not beat Genk, having failed to advance past the group stages last season.

But they come up against a Liverpool side who have an eight-point advantage on top of the Premier League table and whose only loss this season came at the San Paolo.

To add to their problems Napoli will be without captain Lorenzo Insigne, who hurt his elbow in Saturday’s match.

The Italian forward has scored five times for Napoli this campaign, and also scored the last gasp winner against Liverpool in last season’s 1-0 group stage victory in Naples.

But Portuguese full-back Mario Rui and Spanish midfielder Fabian Ruiz, absent against Milan, have been named in the squad.

Ancelotti arrived in Naples boasting three Champions League trophies from his time with Milan and Real Madrid, and a Premier League trophy from his two-year tenure at Chelsea.

But their hopes of ending Juventus’ domestic domination have faded along with their hopes of a first Serie A title since the days of Diego Maradona, who also helped them win their only European trophy – the 1989 UEFA Cup.