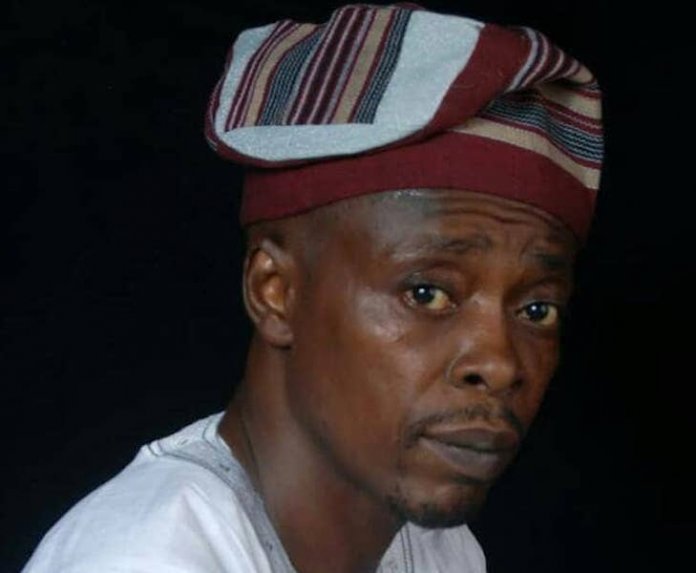 The recent trending news of Botswana being the origin of humanity; the true Garden of Eden, has recently been dismissed as cultural miseducation by the African Socio-cultural Harmony and Enlightenment (ASHE) Foundation. Sunday Ehigiator, reports

On October 28, 2019, a body of International researchers, in what could be termed a landmark discovery, pinpointed the homeland of all humans alive today to a region around the south of the Zambezi River in Botswana.

The area which is now dominated by salt pans was once home to an enormous lake, which according to them, may have been our ancestral heartland 200,000 years ago.

In their research tenets, they revealed that our ancestors settled there for 70,000 years, until the local climate changed. Hence, they began to move on as fertile green corridors opened up, paving the way for future migrations out of Africa.

According to the statement by a Geneticist, at the Garvan Institute of Medical Research in Australia, Prof Vanessa Hayes, “It has been clear for some time that anatomically, modern humans appeared in Africa roughly 200,000 years ago.

“What has been long debated is the exact location of this emergence and subsequent dispersal of our earliest ancestors.”

The International team of researchers analyzed the mitochondrial genomes of more than 1,200 people from southern Africa, including Khoisan individuals who continue to live as hunter-gatherers, to trace back the oldest maternal lineage.

Combining those data with predictions about the climate and geography in southern Africa around 200,000 years ago, the authors estimate that the first modern humans lived near a massive body of water called Lake Makgadikgadi.

They said, this conclusion was reached through analyses of mitochondrial DNA, historic climate estimates, geography, and other factors, helps pinpoint the long-debated geographic origins of our ancestors

The Research Coauthor, and Director of the Center for Climate Physics at Pusan National University in South Korea, Axel Timmermann, said, “By comparing the climatic data with timelines of the genetic divergences, we found a striking pattern.

“More rainfall around 130,000 years ago, northeast of the Makgadikgadi homeland created a green corridor; a vegetated corridor, for migration for the first group.”

However, this discovery has sparked different reactions all over the world including Nigeria.

In a statement by ASHE Foundation President, Prince Justice Faloye, he described the news as the continued misconception of original African cultural and genetic origins and identity, which has gone from wrong archeological conclusions that Tanzania was the origin of humanity, based on the hominid findings, to now wrong genetic anthropological conclusions of Botswana.

According to him, “This latest study claiming the evolution of humanity occurred in a huge lake that previously existed in Botswana overlooks a fundamental requirement that the environment should be salty, have marine-water, as well as have a freshwater source due to the physiological makeup of man that includes some salts.

“No other sub region in Africa has the necessary environmental conditions, apart from Southern Nigeria with the largest continental mangrove and freshwater swamp and lowland Rainforest in Africa.

“Unlike with the theoretical Botswana lake that can only occur within a short timeframe by stretching the 26,000 year precession of the equinox, in Nigeria for millions of years majority of the rain from the Atlantic Ocean, especially from Guinean highlands and Jos Plateau watersheds, is funneled out back to the Atlantic Ocean through Nigeria’s permanent continental freshwater and mangrove swamps.

“Nigeria is also the center of the ‘Yam Belt’ known to be the food of evolution picked in the wild by our first ancestors that were hunter gatherers. When initially suggested that man evolved in a rainforest, due to the fact that all hominids skeletons unearthed had dental markings that showed a previous rainforest habitat’

“What became known as the ‘Wild Yams’ question was raised, that man couldn’t have survived on ‘Wild Yams’ alone through various seasons without savanna grains agriculture.

“However, it has recently been proven by the Kyoto University study (Yasuoka 2013) that man evolved eating ‘Wild Yams’, of which we have 18 species that not only supplies food throughout the year but yam patches that last for 35yrs.

“Now, the question is what did the first humans in Botswana eat? This recent study currently trending attempts to explain the inconsistency of the genetic study conducted by Sarah Tishkoff et al (2009) that came to the wrong conclusion of Botswana, which was influenced by the wrong inclusion of the nonexistent ethnic group Lemande, instead of Yoruba, to determine the site of divergence.

“The inclusion of Lemande to be the only group older than Yoruba’s among full sized Africans that speak the continuum of dialects known as the Niger Congo ethnolinguistic family made the decision biased towards Central Africa.

“Also, an overlooked fact is that Western Pygmies are largely mixed with Bantus, while those that migrated to South Africa were isolated and retained their age more than their West Counterparts.

“If the site of ancestral origin had been based on the true oldest DNA Yoruba, it would behave clear that the nearest source of salty and freshwater was the Yoruba coast.

“It is agreed in the theories of Bantu migration that the Benue-Congo ethnolinguistic group diverged from Taraba/Adamawa into Cameron, down Rivers Sanga and Chari, across Central, East and South Africa.

“This Benue Congo ethnolinguistic group diverged from the Volta Niger group that includes Yoruba, Igbo, Ewe, Fon, whose cultural and social organization show a coastal evolution point with only Yam at the foundation of their culture.

“Yoruba and many other groups evolved on the coast of Nigeria in a previous town known as Ife Oodaye and diverged in Ife Ooyelagbo.

“It is believed that the identity of the oldest DNA, Yoruba, being the oldest full sized humans and its coast the true origin of humanity, was not revealed because the Christian scientists that led the comparative DNA studies believed that the information will assail the foundation of mainstream religions and bring about the ascendancy of Ifa. Botswana and the San can’t affect western culture like Yoruba Ifa can unite both Blacks in Africa and the Diaspora.

“The true African Giant Nigeria whose arms and legs were cut into various nations would use the true and full genetic information to reunite the black race. Though it is vaguely agreed that all Negroes came from Nigeria, the precise information would go a long way towards empowering unity.

“The separation between Pygmies and full sized Africans is considered mischievous and only serves to politically divide Black Africans in Southern Africa in their fight for ownership of the land and gold mines.

“Both San Pygmies, Bantus and all forms of humans evolved and dispersed out of Nigeria. Though apolitical it is the primary objective of ASHE Foundation to bring about cultural unity across Black Africa through proper education and enlightenment.”