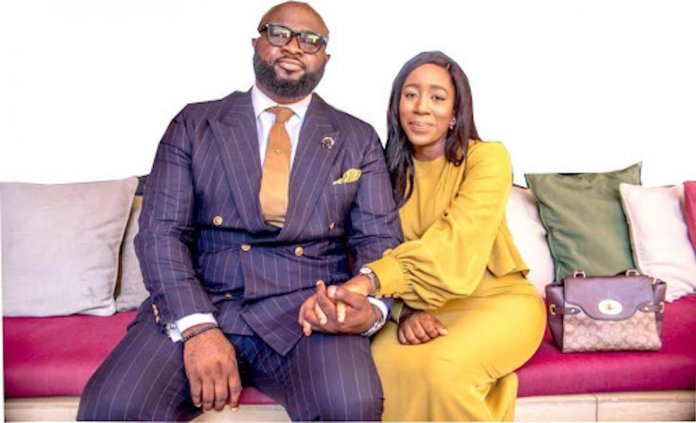 Wilson Joel is definitely not your regular music producer. He has invested in his craft and is carving a niche for himself in Nigeria and beyond. Joel has worked with top brands such as Cadbury, MTN, Universal Music South Africa, Sony BMG, House on the Rock and many more. In this interview with Azuka Ogujiuba, Joel talks about his journey into music, vision as a music producer, music creation in Nigeria, challenges and more

Have you always wanted to go into music?

Not really, I had always believed I’ll be a medical doctor. Thankfully, music never let me go. Shortly after my dad passed, I found myself tilting towards music even more. Mind you, we were music lovers in my family but I am the only one who followed through.

With over two decades of professional experience, have you any regrets taking this path?

Regrets are debatable, but summing my experiences up, I do not have any. If there be any, it would be the unstructured music scene and compensation scheme in Nigeria even though I have ties outside the country.

Some think you only handle musicians as a music producer. Tell us more about your craft; from television to radio and advertisements?

Oh, I make music for every kind of consumption; from movie scores to radio jingles, theme songs, concert directing and music event production. The scope of my job is rather wide. My clients include Cadbury Nigeria, MTN, Universal Music South Africa, Sony BMG, House on the rock and many more.

If you weren’t a music producer, what would you have ventured into and why?

I honestly don’t know. Lol! Probably I will be into some business that has to do with imports and exports. Or maybe a medical doctor.

What’s your take on the state of things in Nigeria as far as music production is concerned. Are we getting it right or we still have a long way to go?

We have grown for sure compared to just 10 years ago. We now clearly know junk from great music productions. Whilst we are not there yet, it’s a great improvement from what we have been used to.

Which Nigerian producer’s work ethics and outputs do you admire the most and why?

Mine! Lol. Well, that’s because I put in so much work that most of my colleagues don’t put in. However, I love the likes of Wole Oni and Cobhams Asuquo.

Tell us about your formative years?

I was born in Lagos, Oshodi precisely. Attended school in Lagos and later left for South Africa at the age of 25 where I really dug into music production.

Give us an insight into your educational background and career?

I attended Unity High School, Oshodi, after being transferred from Lagos State Model College, Badore. That was from 1992 to 1998. I studied Audio certification online with the University of Detroit Michigan, United States.

Can we say you were born with a silver spoon?

This is arguable. Reason being that back then, everyone was content as Nigeria was working so good. We never thought of traveling abroad, it was that good. So, I’d say yes and no.

How did your background shape your life?

My background was a mix of street, morals and God. These helped me look at life differently and value everything for what it is. It has also helped me to never follow the hype but to keep things real enough. My background is such an eventful one. I cherish it.

What do you consider the biggest mistake you have ever made?

This would be me caring so much about what people thought of me! It robbed me of my identity and I never knew until when I turned about 23 or so. I then began to live for me only to see how much time I’ve wasted on frivolous things that added nothing to my future.

Are there things you still desire?

Yes, a lot but contentment has been great gain for me. I believe one day at a time everything will align.

What are some of the lessons life has taught you?

Never dim anyone’s light; never lie when you can speak the truth; respect everyone; help people as much as you can and never be the reason why someone failed in life.

So many, but planning some platform for the next generation of musicians that have come to me for mentorship. Knowledge sharing is very big on my agenda going forward.

What’s your biggest fear in life?

My biggest fear is that I would live a life that doesn’t deposit anything on earth.

Tell us about your parents; who influenced you most? What were the lessons you learnt from them growing up?

My father (late) was a Lagos business man. In fact he was the pioneer of the business operation that we know today as the LAWMA. He established ‘Joel & Sons Enterprises’ serving clients like Julius Berger, Nigerian Airways, Mobil, BP and many more back in the early 70s to 80s. He was also a church leader (Lay Reader) at the St. Paul’s Anglican Church, Mafoluku Oshodi. Whilst my mum was a business woman too, she ran a restaurant and bar. She was also a singer in the choir during the early days of the Anglican Church. Both are from Edo State. And to be honest, both of them inspired me rather same way because they had such a business mindset, very kind and yet loved God so passionately. They taught me to always see life as beautiful and that every good thing will always come. They also taught me not to ever take anyone for granted as anybody can become somebody in life. They did so well in teaching because, they also migrated from the old Benin to Lagos and found their way up in life when everyone looked down on them as failures.

I remember one day I came home from school (primary 2) and I saw this toy, it was like a railway and it filled the entire sitting room area. I had only seen it in the films and I was marveled. I asked my dad where he got it from and he said one of his clients in Schlumberger had given him to give me. Reason was because he said I was so brilliant and deserved some fun time. I was ecstatic. I would invite the other kids in the area to come and play with it. It sounded normal but it was such a big deal to me and this was in the 80s.

How old were you when you got married? How did it happen

I am about to get married to my best friend and I’m 38 now. It started on Facebook and we had been friends about four years ago. We would message each other sparingly. Until Instagram came and we added each other, but no special interests of any sort. We would see each other’s page, comments and activities from time to time and just breeze through, still no special interest. In 2018, I became a bit intense with her and kept pushing her button, but still nothing serious. After practically giving up on dating, we met and everything else is history now. When I saw her, I told myself ‘this is your wife’!!! I told her some days later what I wanted and didn’t flinch because I knew this was it. I guess when you meet that person; you just know and are ready.

What was the most difficult thing that ever happened to you in all your years and how did you overcome it?

Rejection! Everyone hates rejection, but I wasn’t prepared for it as I knew love all my life but when my dad passed (I was 11 years old) it started to dawn on me that life is not a one way traffic. I came in contact with people who stretched me beyond my comfort zone which was good for me. But I also came in close contact with those who rejected me for whatever reasons best known to them because as a growing boy, I needed the entire boost. It made me sober yet spontaneously prepared for what laid ahead. I started to see life differently and became flexible. I started loving myself more and pursuing what set my soul on fire. That’s how I overcame it. I began to believe in myself more than ever. My boldness came from this life experience at such early age as I started fending for myself from the age of 15.

What are some of your indelible high points in life?

When I moved to South Africa in 2006, it dawned on me that my talent was way bigger than what I thought! I had a pleasant awakening and my dreams came alive as though my life was restarting all over again. I saw opportunities and grabbed them. I learnt so much in music business. I was set up for musical exploits by reputable music bodies including SAMRO (South Africa Music Rights Organisations) and Universal Music, SA. My works started receiving light, profits and prospects. It changed my life. I started my music journey afresh and before long, I started making hits and getting known. I will never forget.

What are the motivations for your music ventures?

I’d say God first! Then the need to make great music motivates me everyday. When the music isn’t good, it makes me uncomfortable. Also, the fact that many saw me as a reject whilst growing up and felt I should have been a medical doctor or the like, is a constant motivation. Now I’m a Doctor of Philosophy in Music and Management by honour! Nobody can buy honour except they want to imbibe self-deceit. In the end, I would say this: “I came, I am living and still conquering by God’s grace.”