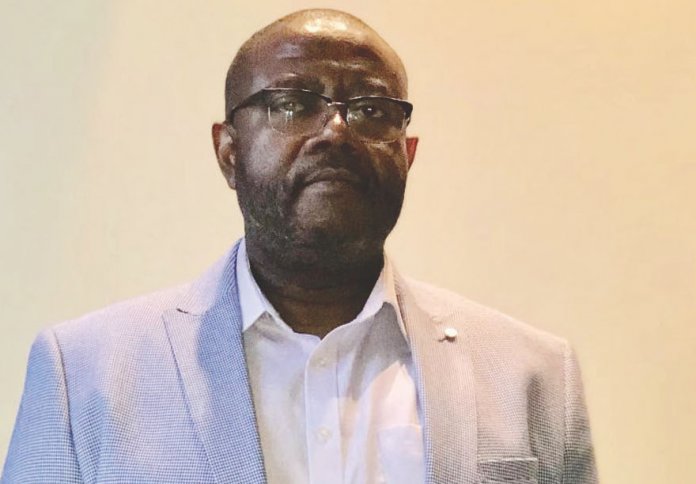 Tamunotonye Ibiama, the Chief Executive of Grafton Entertainment can be described as a man of many parts. Tonye, as he is fondly called, is a businessman in the creative and entertainment industry, security and sports. Based in Port Harcourt, Tonye’s outfit, birthed notable artistes in the Garden City is partnering Nigerian Liquefied Natural Gas (NLNG) to discover sporting talents in the city. He speaks with Olaoluwakitan Babatunde about his experience

When and how did your love for entertainment start?

It started as a kid. I was brought up in a church choir and I also sang in the school choir.  I was the head of the choir in my school (Stella Maris College) and we used to win in competitions like Shell and local government competitions in Port Harcourt. That was my first point of the creative process. I later went to the university where I studied Biochemistry and later on Business Management in UK. Then, I started production and later veered into picking and working with talents in the creative industry from my region. I saw an avalanche of musical artistes in this region and they had few people to pick them up and excel in the musical industry. So, I took it upon myself and so far I have affected many artistes and for me, that is the fulfillment.

Some of the artistes you have brought into the limelight include Indispendables, Mtrill, Mr. 2kay, etc.What’s your relationship with them now?

I have a good relationship with those I have worked with in the past. They are no longer on the label but I have a new artiste on the label, Idahams, and he is doing very well. He has some good songs now and a lovely video. He is an Afro-Pop singer, songwriter and producer. He has produced a lot of other songs like Mr. 2kay’s ‘God Can Bless Anybody.’  He produced and co-wrote the song as well. He had a song with Teni and he is coming out with a new single in November.

Tell us about your milestones, challenges and conquest in the entertainment industry?

The milestone is actually breeding artistes who have successfully broken out of the south and won awards within and outside the country. Those are milestones because the way Nigeria is structured, people only know happenings in Lagos. So, we have produced artistes who have excelled beyond this region. Some of the challenges in our industry are the unstructured level of the industry, artistes’ royalty rights and piracy.  However, I see a light at the end of the tunnel and I am glad that the world is moving towards streaming. Streaming gives practitioners opportunity to become streaming partners. This way, we are curbing piracy.

Tell us about your chieftaincy title and attraction to culture and tradition?

I love my culture very well and as a kid, I grew up always visiting home almost every Christmas, even as a kid. It was a thing of joy to come to Bonny after studying in the United Kingdom. The chieftaincy title in Bonny is worded differently. We are referred to as titled citizens as opposed to being called chiefs. The tittle citizen for me and my mother is a good one and, I am glad that we were recognized as titled citizens of an ancient kingdom.

What does Grafton Entertainment have to do with NLNG?

NLNG and Grafton Entertainment are partnering to host a football tournament in the Bonny Island. It is part of the Corporate Social Responsibility of the NLNG and apart from NLNG giving back to the community; we want to create a lucrative world of Football. There is an abundance of talents on the island waiting to be developed and our task is to discover and mold them.

We are also on the verge of creating a vibrant sporting community on the island.  We have a King who is a sports lover and a one-time footballer; he initiated all the happenings. Permit me to say that King Edward Asimini William Dappa Pepple the 3rd,  Perekule the XII is a huge inspiration to us. We are also working with local scouts and administrators and I can assure you that this is the beginning of an exciting era in our sports annals. The event is scheduled to commence November 23 and end December 7 in Bonny Island.