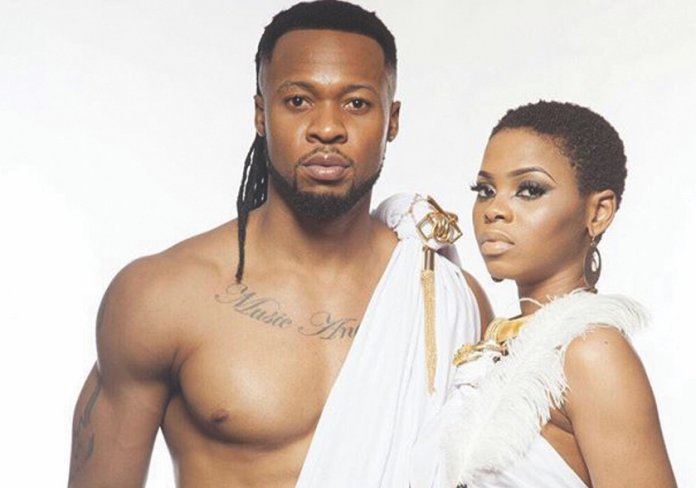 Love and relationships are aspects that can never be erased from the entertainment industry seeing as quite a number of celebs have fallen in and out of love with each other. In a few cases, some celebs keep their relationships under wraps as they do not want the public to be aware of it. Other times, fans are the ones responsible for formulating speculations about non-existent unions where there are only friendships.

Well, two of Nigeria’s talented musicians, Chinedu Okoli popularly known Flavour N’abania and Chidinma Ekile (simply Chidinma), recently set tongues wagging after sharing sizzling photos on social media. Though it’s not the first time, Flavour and Chidinma have been rumoured to be in a romantic relationship since the duo released an RnB single, ‘Ololufe’. Their bond in the music video portrayed that of lovebirds, hence sparking dating rumours.

But Chidinma again stirred reactions after she posted a photo of herself with Flavour in Igbo traditional wedding attire and captioned it with a love emoji. The catchy photo generated reactions from some of her followers with one claiming the singers had a secret wedding over the last weekend. It however turned out that the images were all just promotional pictures for their new Extended Play (EP) titled “40 Years Everlasting” which was released on Monday November 18.”

The controversial photos introducing the EP caused mixed feelings initially but with the EP now out, the air seems to be cleared. The five-track EP boasts of a song titled ‘40 Years’ and in the accompanying music video, they set tongues wagging once again as to whether they are simply great collaborators or lovers. The collaboration, which was directed by TG Omori, sees the duo lyrically elaborate on their relationship and commitment to each.

“40yrs Everlasting” EP had exceptional production preference from Oscar, Masterkraft, Fiokee and Elense Bakassi. Many men would definitely be sporting a six-pack right now if they decide to hit the gym with a female counterpart as seen with the contemporary highlife musician Flavour doing press ups with Chidinma reclining on his back with a drink in hand. The video gets even cozier as they share an intimate hug filled with smiles and laughter before Chidinma opens the track, singing about loving a man 40 years from now.

Flavour takes over as he sings about his love being deeper than the ocean for his baby. In coordinated outfits, the two serve more chemistry as they sidle up to each other. Chidinma and Flavour made a remarkable collaboration and it’s quite impressive. The song talks about cherishing love from an early/young age to the old age. “40 Yrs” is a confession of commitment between two supposed lovers of how they are willing to hold it down together for more than four decades. Also off the EP is the single titled, “Iyawo Mi”.

The duo seems to be feeling each other and they express it in the song, 40 Yrs. The amazing song, “40 Yrs” is produced by Masterkraft. The duo rekindled their musical love chemistry on this new record as they’ve done in the 2014 song, “Ololufe”. “Over the past few years, social media photos of Chidinma and Flavour have become a thing. Most people couldn’t exactly pinpoint the purpose of this very recent one – whether an album or real engagement or just PR stunt? Well, all questions got answered in due time and this scenario is one of those.

Debunking the rumours, the ‘N’abania’ crooner explained that the chemistry between them was only about music. Flavour, in an interview with Soundcity, said their music was more authentic when they sing together and people tend to connect more. He said, “Chidinma is just my friend. Our strong vibe comes from how deeply we feel about music, sometimes, when you want to do a music video; you want to make it look real.

“We are not the first people. You see the likes of Drake, Nicki Minaj giving lap-dance on stage. Are you feeling it? It’s not about the kissing. People felt the song; they were swept away by our delivery, it was so original, that’s why people were all thinking that there was something going on between us.”

When asked about the kiss he gave her at their live performance, the single father of two said, “We wanted to be free! For real, there is nothing going on. We are just very good friends and I respect her for that.”

It appears all about the chemistry as the songstress once admitted to when asked about relationship with Flavour and working with him intimately. “I was never signed to Flavour’s record company and I wasn’t in a relationship with him. However, I have been involved in some projects with him because we have a good chemistry. Working with him is fun and less stressful.” Flavour is well known across the world for his hit song Nwa Baby (Ashawo Remix). He is currently signed to 2nite Entertainment. The talented singer, who has won numerous awards, released N’abania, his self-titled debut album, in 2005. In 2010, he dropped ‘Uplifted’, his second studio album, which was supported by the Nwa Baby (Ashawo Remix), Adamma, and Oyi Remix. The album’s success made Flavour one of Africa’s most sought after artists.

Chidinma popularly known as Miss Kedike is a singer and songwriter. In 2010, she rose to stardom after winning the third season of Project Fame West Africa. Following the release of the music video for her Emi Ni Baller single, she became the first female musician to peak at number 1 on the MTV Base Official Naija Top 10 chart. In 2011, she released the Sound Sultan-assisted single Jankoliko. 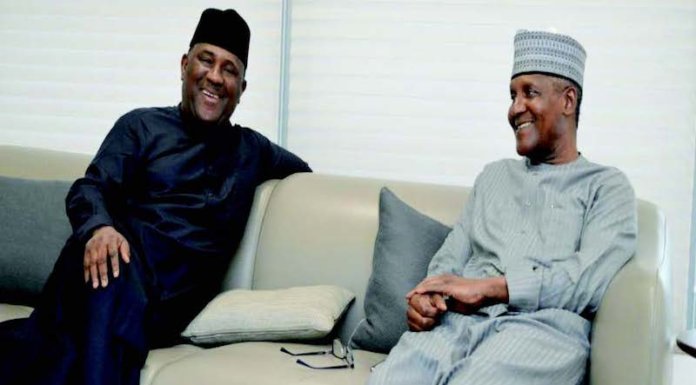