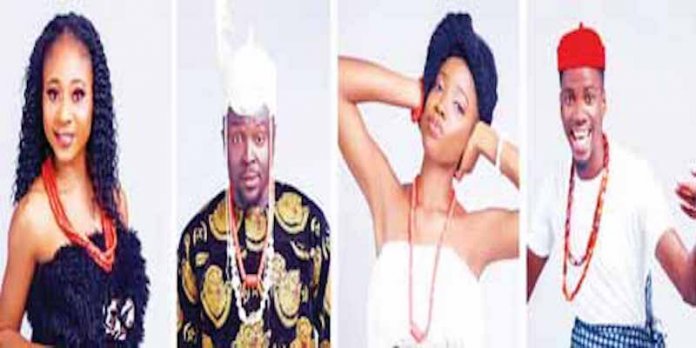 It was a welcome relief for the 20 contestants who displayed their talents on the People’s Hero first live show when the judges announced that they were pardoned for the weekend. The news relaxed their nerves as the contestants — now divided into five groups of four persons comprising a dancer, singer, actor and spoken word artiste — fought to impress the very demanding judges.

With a perfect fusion of singing, dancing, spoken word and acting, audience were taken on a thrilling journey down the memory lane as the groups performed artistic piece centred around the origin of the Igbo market days namely Eke, Orio, Afor and Nkwo in a tales by moonlight setting.

The different groups named Agwu, Obidike, Obinwanne, Ofuobi and Ichekwu were all given a task to work with the theme ‘Egwu-Onwa’ (Tales by Moonlight) to create stories around the Igbo market days with each art playing a significant role.

The judges expected rich delivery of Igbo culture creatively expressed in the four arts. At the end of the performances, two of the three judges rated the Ofuobi group the best for the night and urged other groups to work harder and improve their skills.

Two of the judges who were part of the audition process admitted the performance by each group was impressive as each person seemed to have worked hard to improve their skills. Rachael Okonkwo said there was a huge difference between the performance at the audition and the live shows, noting that the contestants have become more confident and creative in their arts. She commended the coach Segun Adefila for a great job training these talents.

Tomorrow’s show will determine which of the groups will advance to the next level of the competition. The People’s Hero is broadcast on MTV Base, every Saturday by 9.00pm.