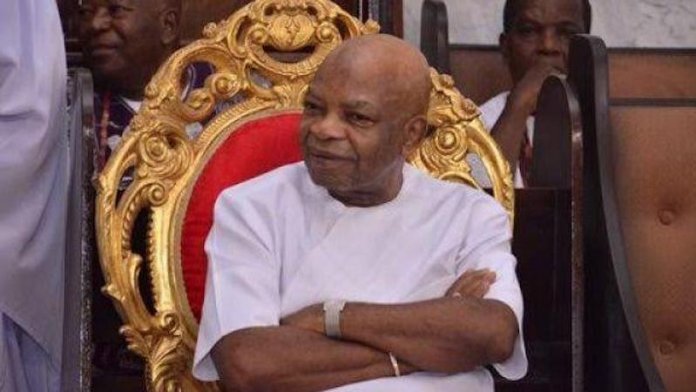 Business mogul and Chairman of Atlas Oronto Petroleum, Prince Arthur Eze and Ekiti State Governor and Chairman of the Nigerian Governors’ Forum, Dr. Kayode Fayemi, will serve as chief presenter and chairman of the occasion respectively at the formal public presentation of The Powers That Be (Thoughts and Reflections on People, Power & Politics), a book written by Onuoha Ukeh, MD/Editor-in-Chief, The Sun Publishing Limited, in Abuja.

According to a statement by the organising committee of the book presentation, Senate Chief Whip, Senator Orji Uzor Kalu, is chief host of the event, while those expected in attendance are movers and shakers in the society, including governors, National Assembly members, ministers, government officials, members of the diplomatic community, politicians, captains of industry, boardroom gurus, business persons and others.

Divided into sections and chapters, The Powers That Be (Thoughts And Reflections on People, Power & Politics), offers insightful analysis of developments in the public sphere in Nigeria and across the world.

While reflecting on the people, power and politics that define the country and elsewhere, the author expresses his opinions on critical issues, from the fringe of the Sahara to the Atlantic coastline.

The book has such chapters, such as: Theatre of the Absurd, People who can’t be ignored, Economic Equilibrium, The Obasanjo Years, From Yar’Adua to Jonathan, Unforgettable Experiences and The 2015 Election. Others are, APC and the Buhari Government; The 2019 Election, Security Challenges, The Igbo and Biafra and Hitting the Bull’s Eye.

Speaking on the book, the author, Ukeh, said it was his views on socio-political and economic development.

“The book is simply the story of Nigeria and the world written over the years as they happened. It is the view of a critical journalists/columnist who is both disappointed and satisfied with the conducts of people in government and corridors of power.”