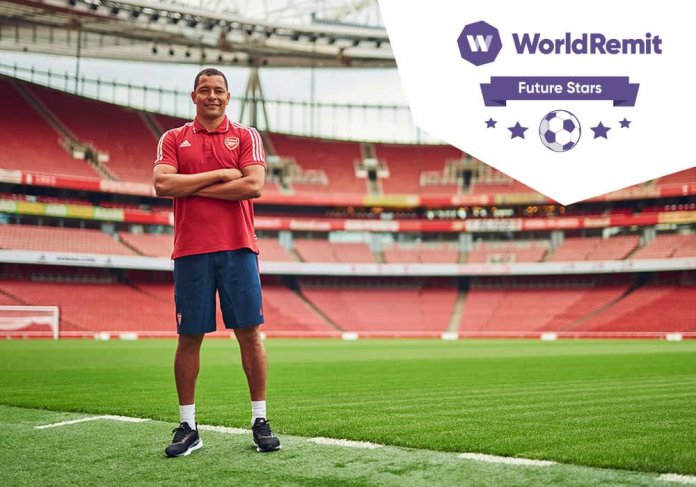 The online money transfer company alongside the English Premier League side at the weekend announced Ukandu alongside Luis Alejandro Castañeda from Colombia as the two winners.

The youth football coaches will fly to London for a personalised training session with Arsenal Football Development coaches through the sponsorship of  WorldRemit.

Ukandu and Castañeda were among eight finalists, four women and four men, who were selected by a panel of judges from WorldRemit and Arsenal for their commitment to using football to empower young people and benefit their communities.

Managing Director Middle East & Africa at WorldRemit, Andrew Stewart,  said: “At WorldRemit, we are inspired every day by our customers, who work hard to send money home to support their communities.

“Through our partnership with Arsenal and the Future Stars programme, we are delighted to celebrate the stories of inspiring individuals such as Chinasa and Luis, who use sport to make a difference to the lives of the young people they train. Congratulations to the winners and our team looks forward to welcoming you to London!”

Head Coach at Arsenal Football Development, Simon McManus, said that through the club’s programmes in London and across the globe, their Football Development coaches are dedicated to helping set young players up for success both on and off the pitch.

Speaking on her victory, Ukandu said she cannot wait to travel to London for her training while Castañeda, who is a volunteer coach for a blind boys’ football team from Bogotá and the surrounding area expressed his appreciations to the organizers of the programme.