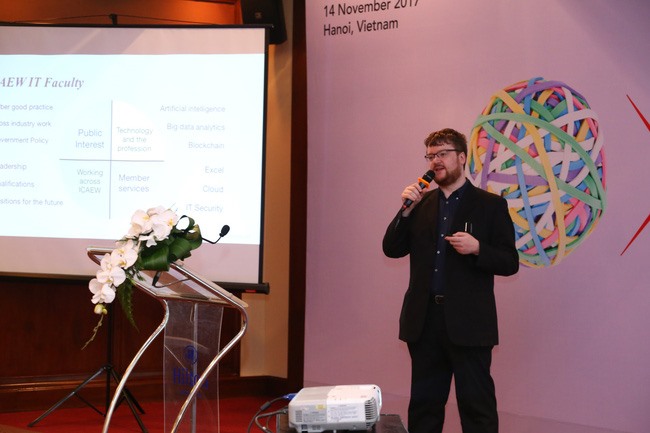 The Technical Manager, IT and Profession, Institute of Chartered Accountants in England and Wales, Mr. David Lyford-Smith, in this interview, among other things, discusses the limitations of technology as a tool in curbing corruption as well as the anticipated challenges in the federal government’s bid to tax digital purchases by 2020.James Emejo brings the excerpts:

More organisations are embracing digital technology for efficiency and controls, to what extent can this reduce corruption, particularly in the accounting profession and the economy in general?

I think it’s connected to a lot of the underlying issues with different kinds of technology and it’s also true for things like bias and errors as well as the corruption that you can control; in some respect, you have a greater degree of control of technology because you are taking humans out of the loop that might be tempted to engage in these activities. So you can make systems which are not open to temptations and manipulation. But it also has a flip side which is that when you are automating, before you may have had that empowerment of 30 people working on some process. Now, you have two IT people who are running this process. So, if one of those people is looking to do some money laundering or is corrupt, they actually now have greater control of the processes- so you have fewer people involved but for the people remaining, it’s extremely important that those people are properly vetted, and that there are controls to ensure they are not misusing the system to their advantage. And it’s also true when we talk about things like algorithm bias that the way we are making automated systems now is by teaching them with data. It’s by tracing machine lining from past history. History has issues and problems due to corruption, fraud and bias. All of these things would be picked up by the system. It is not a perfect immoral system; it is amoral system. It just learns whatever is there and try and do the same thing again- if it was bad before, may be it would pick up bad behaviours too.

Are you trying to posit that even with digitalisation, there could still be elements of corruption in any system?

I think that is yes and I think that it is naive to think that as we move on to the systems there will no longer be these problems. But it is a powerful tool and also an opportunity to try to improve the systems’ practices and controls. It is really important; governance is still really important because these technologies for all that they do a lot of work by themselves…it is not the end to corruption, but I think it’s a great opportunity to find ways of reducing the possibilities.

The Nigerian government recently disclosed plan to impose value added tax on online transactions, effective from 2020, what are the potential challenges in this regard?

It’s a big issue and it’s the same thing in the European Union concerning profit shifting and looking at this question of saying if a customer is in one jurisdiction and buying from a website where the server is and the second one where the company is headquartered and they are buying digital goods that’s physical anywhere- whose tax rules should apply? And it’s really a challenge to many of the tax concepts and philosophy underlying tax laws. It is based on a physical person buying a physical thing from a physical person and they are all in the same place. I mean it’s very clear who’s laws should be applying and who should receive the tax revenues.

Whereas, the digital marketplace is not like that and it’s very easy for the digital companies to make sure that whatever the physical rules are, they would pay their taxes wherever it’s best for them and so I think there really an important question of thinking about the philosophy of what constitutes an establishment, what constitutes trade, should it be based where a customer is. These are very different ways of approaching tax different from the traditional. And the other thing that is important is international collaboration because it’s no use trying to pin down where the company really is. It’s got to be about collaboration between all of the countries who are affected so that they can agree on a sensible service rules: avoiding double taxation and not hampering business and not trying to stifle digital trade while also making sure that somewhere, the right tax is being paid to the right people.

It is trying to find complexity because ultimately we can talk about this in different situations and different places.

Legislation has to be clear in one that the court can really trust. That means eventually you have to write something that is exact and prescriptive and there’s always the possibility than for a clever lawyer working for a digital company to find some careful way of making sure that they are still making a profit in a different place to do the tax somewhere else.

As an expert in blockchain technology, how will you describe its potential for business growth?

At its base level, I think it’s a record keeping accounting technology. It’s a way of reconciling the account of different parties so they could all agree. Blockchain is about saying no, we still want to do business with no middle man, no central controller, but still not have to worry about our numbers being different. So, it offers a new way of keeping track of information that is reliable and trustworthy: use the numbers that you read there to make decisions about your business but you don’t have to involve some third parties in your transactions, you’ll still deal directly between you and your customers and suppliers and have that certainly. So, in that respect, I think it’s really interesting. But on the flip side, we are now 10 or 11 years since the invention of the blockchain and bitcoin and there isn’t very wide adoption of these technologies as of yet. There are lots of companies experimenting and trying to tweak different elements of the design and make concepts to show how it might be used in diamond trade and shipping and other different things- but they are still experiments. It just seems that there are not yet a killer app in the block chain…there’s yet nothing that everybody can say, perfect, it makes a lot of sense, we should it. I think there are some things that need to be resolved for that to happen.

There’s certainly a possibility for automation to increase unemployment and in fact, it seems to bring challenges to the kinds of work that previously were thought of as immune from automation. Manual labour has long been dealing with the effects of automation and many industries but the current types of automation focusing on momental labour on carrying out processes, on judgements: those kinds of areas of work which we previously thought were not going to be automated…so I think it’s really an interesting challenge.

But that being said, I think there’s a great deal of opportunities to not just get people who are experts in coding but also look at areas where this kind of automation are not applicable particularly in services, in arts and things which are about humans interacting. It’s also a great deal of opportunity for people in the accounting profession and services profession to see this as an opportunity to reduce the booking and record making activities…so certainly technology means threat of greater unemployment but this is some of the biggest questions for society in the next few decades.

How secure is the modern accounting practice considering the increasing threats posed by the internet, particularly data technology?

I think it’s important because with increase in the amount of data, and how easy it is to transfer that data, it’s really important for the accounting profession to wise to the basics of cyber security and the kinds of things that they need to do to protect themselves because there’s a greater demand for that data: people are always going to try to have access to it so protecting that data is an important part of being the custodian of it and the accountant is often charged with looking after sensitive financial data like personal data,  payroll data, customer data and it’s about protecting the privacy of those individuals. The most successful cyber-attacks now are not highly technical attacks on computer security, the easiest way is to find somebody in the company that you can trick or blackmail into doing what you want- because if that person has access to the company’s data, tricking that person is much easier than trying to beat computer security. So many attacks now work around doing things like tricking people into giving their passwords. 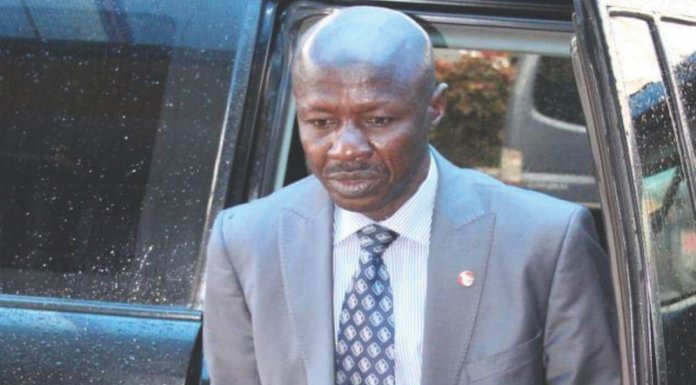 Is There a Defence for Him?