Nobel laureate, Prof Wole Soyinka, has advised lawmakers not to join the rank of killers with their plan to pass the Hate Speech Bill into law.

Soyinka, in a statement he issued on Friday tittled ‘Is it now cool to kill? – An anguished letter to Nigerian lawmakers,’ advised the legislators to reconsider their position even as he reminded them that they might be victims of the law in the future.

Also yesterday the Christian Lawyers Fellowship of Nigeria (CLASFON) called on the kicked against any attempt by the federal government to muzzle freedom of speech.

The Hate Speech Bill which is before the Senate prescribes death by hanging among other punishments for anyone found guilty of the offence.

However, Soyinka said that death penalty should not be the punishment for hate speech.

He said: “However, dear legislators, consider more deeply the path on which you have chosen to embark. I invite you to reflect quite objectively on the company into which you are about to throw yourselves, and the consequences for the very nation you represent –including its social psyche.

“You are about to corrupt youthful impression, to join the brigade of closet psychopaths for whom the only solution to any social malaise from the trite to the profoundly affective is – Kill! Is this what humanity and society are all about?

“You are psyching up your ranks to pronounce yourselves affiliates of inhuman aberrations such as Boko Haram, Isis (Da’esh), al Shabbab, nomadic cow herders etc. etc. for whom killing is the only response for real or imagined wrongs, perceptions of entitlement and/or deprivation, sense of righteousness and generally- concept of a thoroughly sanitised community of mortals. You are sending out applications to join the ranks of those inadequate males who believe that the only cure for adultery is to bury a woman up to her neck in earth and reduce her head to a pulp under a rain of stones.’’

He wondered how the lawmakers came to the realization that a facile and final recourse to the gallows or a fusillade of bullets at the stake was the sole remedy to the phenomenon of the diffuse classifications possible under the abuse of communication and the sowing of hate among people.

He said, “Do not embrace the awful responsibility of impressing homicide as a way of life on the ethical template of coming generations. The chickens have a way of coming home to roost. I may be wrong of course, but their droppings already foul the common air we all breathe. Just take a deep breath, look around you, and re-consider.’’

The playwright noted that hate speech is a global issue and not peculiar to Nigeria.

He said that such quick but facile option–killing–had become the current emblem of Nigeria where life was now held cheap, casual, and trite.

According to him, students kill for the thrill of it, and for assertion of cultic supremacy.

He said: “Kidnappers collect ransom yet kill. They kill even intermediary couriers. Fetishists kill in pursuit of illusions of instant wealth. Others, highly placed, kill for political office, and yet others to cover up criminalities by the deployment of killers.

“You cannot claim ignorance that there have been identified, over the past few decades, consortiums of killers who actually advertise their trade in select circles and canvass for clients. Your businessmen–and women– have used them. “

Soyinka also said he consistently denounced fake news and purveyors of public lies and hate material as the scum of the earth and closed down dozens of fake sites instituted over his name, and set in motion mechanisms for the pursuit of those who stole his identity, even where the content was harmless.

He added, “How precise is the definition of ‘hate’ when it becomes a yardstick for the extinction of even one human life? Haunting, hopefully, our collective conscience as a nation, even till today, is recollection of a clique of social army reformers who instituted, and carried out the execution citizens under a retroactive law.

“Silencing the voices of criticism is a perennial preoccupation of power, but we know that a far more penetrative form of death, spelling the end of social vitality and relevance is incurred when human voices are silenced. Try and imagine how many “deserved” executions would be taking place in this nation right now – beginning with nearly all of you in the exalted homes of legislation – if Boko Haram had succeeded in subjugating this nation under its creed. Well, do not even bother with imagination, which is not as common a faculty as we tend to assume –simply check with neighbouring Mali how many, convicted of crimes against faith, Mr Answar Dine eliminated during his brief sway in northern Mali.’’

CLASFON also condemned the Ministry of Interior for approving only twelve marriage registries in the country, describing the fees imposed on churches and prospective couples as discriminatory.

In a communique issued at the end of its meeting which held between November 7- 9, in Abeokuta, Ogun state, the group urged the federal government to desist from draconian laws against the Nigerians.
The group maintained that there were enough legislation to check the abuse of free speech through legal processes such as libel and defamation.

“CLASFON observes with grave displeasure the attempt by the federal government to muzzle freedom of speech by its purported attempt to regulate the activities on the social media given the fact that we have enough legislation to check the abuse of free speech through legal processes such as libel and defamation.

“We, therefore, call on the Federal Government to desist from this draconian approach against the Nigerian people”
the communique said.
The communique signed by the President of CLASFON Mr. Arome Okwori and the Secretary, Tunji Omole also frowned at what they described as the “discriminatory and oppressive policy targeted at discouraging statutory/Christian marriages.”

It further lamented the increasing wave of insecurity across the country, saying it “views with dismay the daily rising tide of insecurity in the country.”
It said: “It is glaring that judges, lawyers and other law enforcement officers are now endangered species and have become easy prey to kidnappers.

“CLASFON, therefore, calls on the federal government to take seriously the issue of security and ensure the safety and security of all Nigerians particularly the judges, as it is the primary duty of any responsible government.

CLASFON further condemned “the purported positive identification program proposed to be embarked upon by the Nigerian Army and the likelihood of gross violations of the fundamental rights of Nigerians as guaranteed in the 1999 Constitution of Nigeria (as amended), noting that “this act as a usurpation of the primary duty of the Nigerian Immigration Service.” 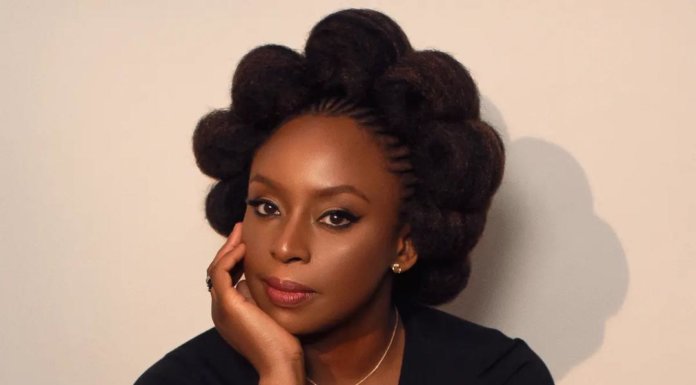 Chimamanda Responds to Extreme Backlash against Her Person