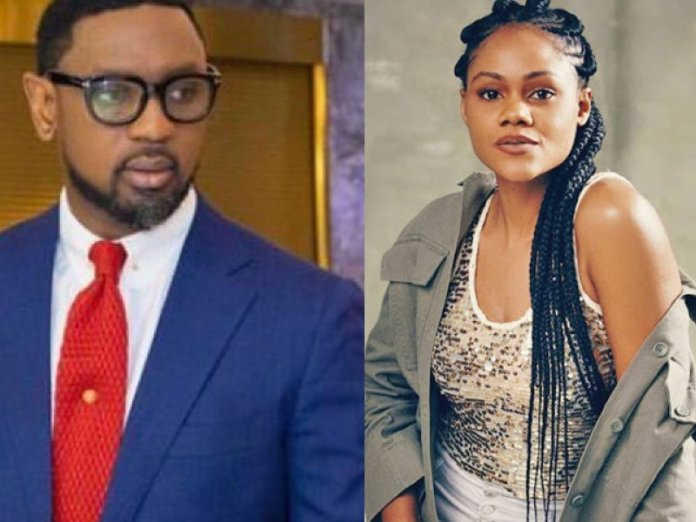 The one lesson from the recent ruling against celebrity photographer, Mrs. Busola Dakolo in the rape charge against Pastor Biodun Fatoyinbo of Commonwealth Zion Assembly is that the law does not pander to emotions but facts. Tobi Soniyi writes

The judgment of Justice Oathman Musa of a Federal Capital Territory High Court sitting in Bwari, Abuja, dismissing the suit filed by celebrity photographer, Mrs. Busola Dakolo, against the Senior Pastor of the Commonwealth of Zion Assembly, Pastor Biodun Fatoyinbo, would not be a surprise to lawyers, who know their onions.

This is because it was obvious that Mrs. Dakolo did not have the evidence to support her claim that she was raped sixteen years ago by the pastor, who continued to deny the allegation.

Mrs. Dakolo has asked the court to declare that Fatoyinbo’s denial of his alleged acts contained jointly and/or severally in a press statement he released on June 28, 2019, had caused her continuous emotional distress and amounted to intentional infliction of emotional distress on her.

She, therefore, demanded “a personal letter of apology” from the pastor to show honest remorse for his misdeeds.
However, Fatoyinbo’s lawyer, Dr. Alex Iziyon (SAN), disagreed. He contended that the prayer could not be granted, describing it as a frivolous suit.

In her ruling, the judge agreed with him and held that the matter amounted to injustice and an abuse of judicial process, adding that the case was empty and purely sentimental. She claimed the case was aimed more at cruelty than obtaining justice.
She awarded costs of N1m against her and held that the fine should have been 10 times more, because the court’s time was wasted.
As was the case with the allegation, the judgment has also become a subject of debate on the social media. While some, who have sympathy for Mrs. Dakolo, accused the judge of taking side, others agreed with her. Those in agreement say the judge could not have reached a different conclusion.

As it is usually the case in Nigeria, emotions often get the best of a majority, when it comes to issues they are passionate about. People’s judgments are also beclouded by their inability to separate morality from law.

Among those who had expressed opinions on the issue is a social commentator, Mr. Williams Ifitezue.
He said: “I condemn rape (crime) in all its entirety, but one has to try as much as possible not to tie judges’ hands. I never expected anything less though. Sentiment and emotion alone cannot guarantee justice. I wish the parties the best.”

An expert in criminal law, Dr. Charles Omole attempted a dispassionate analysis of the case, when he said: “From what I have gathered so far; unless Fatoyinbo admits guilt; I do not see how he can be criminally convicted of raping Mrs. Dakolo almost two decades ago. The evidence is just not there. Oral evidence of siblings and family members is discounted heavily in court, because they are seen as biased. They are perceived as usually lacking objectivity.”

Many could not also understand why Mrs. Dakolo’s lawyer, Mr. Pelumi Olajengbesi would file the case, when there was not even a shred of evidence to support the rape allegation.

As it is said in legal practice, ‘you cannot put something on nothing and expect it to stand’. And from all indications, Mrs. Dakolo appears to have gifted Fatoyinbo with a shield with which he can protect himself against the rape allegation.

No one could deny the fact that Fatoyinbo was himself traumatised by the allegation. He was ridiculed. Had to step down as a pastor and was called all sorts of names. One could only hope that this court’s judgment would bring him some succour.

While many might rush to fault the judgment of Dakolo and her lawyer, it is important not to forget that this is Nigeria, where you can not say with any degree of certainty which way the courts will go in your case. Nigerian courts are fast becoming a market, where orders and judgments could be procured.

The Supreme Court gifted Rotimi Amaechi, who did not participate in an election the governorship of a state. As at press time, orders are flying around with respect to the qualification of the All Progressives Congress (APC) deputy governorship candidate in Bayelsa and indeed, the entire party in the state.

The same Court of Appeal that could not determine the case of the immediate past Chief Justice of Nigeria, Walter Onnoghen, dished out an order within 48 hours, stopping the execution of the high court judgment baring the APC from contesting the Bayelsa governorship election.

Thus, Mrs. Dakolo should have continued her battle with Fatoyinbo on the social media, where she enjoyed a lot of sympathy. Going to court was a different matter altogether.

There are those who took the view that the alleged sexual intercourse must have been consensual. However, neither Fatoyinbo nor Busola agreed. Perhaps, as a pastor, Mr Fatoyinbo would find it difficult to admit. After all, pastors are not expected to be promiscuous; the reality though is that some are.

His case is made worse by the fact that other women including a member of his church had in the past accused Fatoyinbo of sexual assault. He denied all the allegations. While these allegations do not amount to proofs in court, a Yoruba’s popular saying that, “why should the tortoise be at the centre of all controversies?” readily comes to mind.

Should Busola have gone to court? The answer is no. She should have kept quiet? The answer is also no. For victims of sexual assault, speaking out could be the beginning of healing. She deserved commendation for coming out to talk about it.

May be it is time Mrs. Dakolo sought a second legal opinion. She might want to ask herself the question: ‘What do I stand to gain pursuing this case?’ An honest answer might be of help. Interestingly, his lawyer is not done yet. He has insisted on seeing this through.

In his reaction to the judgment, Mr. Olajengbesi said: “We have received several calls after the ruling of the high court of the Federal Capital Territory sitting at Bwari this morning seeking our view on the decision of the court, hence, this statement.
“The court ruled that the matter is statute-barred, because the events that crystalised to the cause of action took place 16 years ago and that the claimant Mrs. Busola Dakolo has only six years within which to seek redress in court in line with the statute of limitation.

“We are mindful of the decision as delivered by the court, presided over by the Hon. Justice Musa. We are equally observant of the fact that the court omitted to address the cause of action, the subject matter of the suit in determining whether it has jurisdiction to entertain the said matter.

“While we acknowledge the time of the court, we know in accordance with the Nigerian judicial system that the court’s decision is not final as it is glaringly contestable.

“For all intent and purposes, having seen several sponsored misleading news reports in the media, we are duty-bound to state that the court has not and did not exonerate Biodun Fatoyinbo. As it stands, the substance of the matter has not received any judicial attention.

“Biodun Fatoyinbo, through his lawyers, has only argued that the court should not allow the matter to proceed to trial because it is an event that occurred long ago and hence out of time.

“We shall therefore in this circumstance approach a superior court to intervene for a better appreciation, and take a more expansive view of the suit considering that the subject matter is one that is novel in our clime.”

Some of the issues he raised are quite recondite. But this case is not about what he said. Rather, it is about what he did not say.

As rightly captured by Dr. Omole, “In the end, legal proceedings are not so much about truth; but about what can be proven in court. No evidence means no conviction! It is that simple. Most of those who claim they want justice for Mrs Dakolo are actually going about it the wrong way and harming her case with their biased and sensationalised outburst.”

If the idea of going to court is to establish the truthfulness of the allegation against the pastor, it should by now be clearer to the plaintiff that this is not going to happen.

And there is another if. If Mr Olajengbesi is hoping that he would be lucky as Amaechi was, he should note that Nigerian judges only become Father Christmas, when the case is political. At least that is what the authorities show.

Since Fatoyinbo is a pastor, Busola will be well advised to ‘leave him to God’ as it is often done in this part of the world, after all, conscience is an open wound and only the truth can heal it.