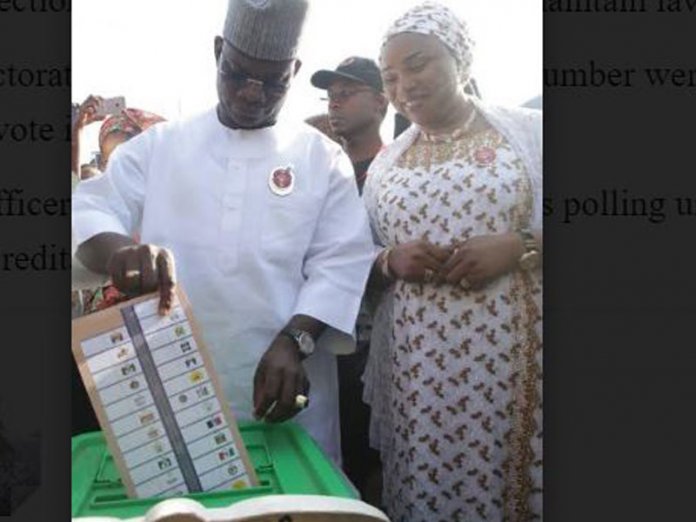 Kogi State Governor , Yahaya Adoza Bello, and his wives have exercised their franchise at his home town in Agassa /Abache polling units 01 in Okene Local government area of Kogi State.

Governor Bello however lauded the the independent National Electoral Commission INEC, saying that INEC is better organised this time around than the previous election in Kogi State

He also commended the security arrangement put in place for the governorship election, adding that the security will maintain law and other. .

Earlier , the electorate who turned out in their large number were accredited and allowed to vote immediately.