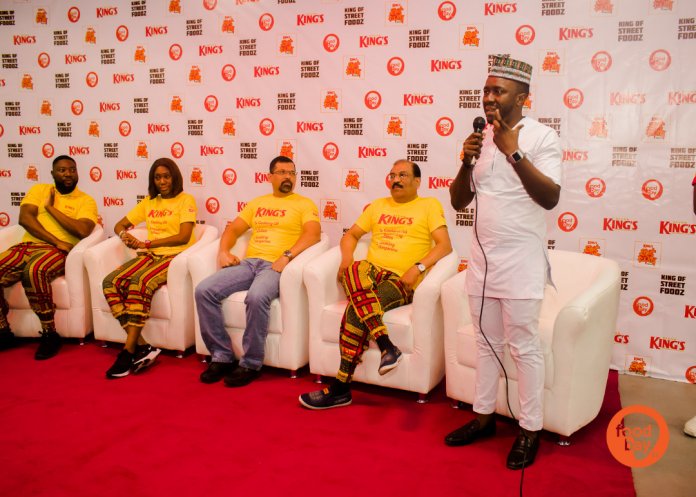 A new televised and digitally transmitted docu-reality series that will showcase the best of Nigeria’s street food delicacies ‘Street Foodz Naija’, will kick off this weekend on FoodbayTV, a platform of Maxima Media Group.

A call for entry was announced earlier in the year which saw a large number of participants from across the country, vying for a spot in the final list. Only 13 candidates however  were shortlisted. The shortlisted contestants as the show progresses will share their food stories, their journey, and the uniqueness of their business. The audience are to vote for the best story over the next 13 weeks, from which seven contestants would then be chosen. They will  face a series of trials known as ‘street credibility tests’ before moving to the semi-finals and finally proceed to the grand finale. The finale will hold at the Street Food Festival, a first of its kind in Nigeria.

Three high profile individuals in the food and nutrition space were selected as judges to give a professional edge to the choice of contestants for the series. They are Etteh Assam popularly known as Chef Etteh, one of the top street food and grill chefs with over 18 years of experience;  Adetomi Aladeokomo, also known as Chef Imoteda, a Nigerian Chef and co-owner of Eko Street Eat, a company that specializes in bringing innovative twists to Nigerian street food; and Adedamola “AskDamz” Ladejobi, a certified personal nutritionist and weight loss expert. She is the Founder of ASKDAMZ,  a weight management, health, and wellness company.

Speaking recently at a press parley, Managing Director, Maxima Media Group, Oluwafemi Ogundoro said:  “Our judges have taken time to go through every entry, the contestants were chosen purely on merit and based on a potential to give our local street foods culinary recognition in the ‘glocal’ Food Space. We are truly excited to embark on this journey with Devon Kings, and I believe it’s also important to note that it’s a first of its kind in Africa. This is all in a bid to ensure that we change the food narrative in Nigeria and put the African food on the world food map.”

The maiden season will involve productions across four cities: Lagos, Port Harcourt, Calabar, and Abuja. The series will be aired over a 13-week period on six major terrestrial TV platforms across Nigeria. It will be digitally streamed on the Foodbay.tv website and major social media platforms

Sponsored by Devon Kings, the show will reward   the finalist with One Million Naira cash prize, renovated space and loads of consolation prizes.