Faced by last minute court judgments, a notice of appeal and an impending stay of execution of rulings from the appellate court, the Independent National Electoral Commission (INEC) thursday played safe, saying despite the judicial proceedings, the governorship elections in Bayelsa and Kogi States scheduled for tomorrow would hold as planned.

“Dear colleagues, the meeting has ended but we are not issuing a statement. However, our elections in both Kogi and Bayelsa will go on as planned,” the commission said through the Chief Press Secretary to the INEC chairman, Mr. Rotimi Oyekanmi, after a meeting of the commission last night.

But it fell short of telling whether the election would go on in Bayelsa State with or without the All Progressives Congress (APC), where a Federal High Court, sitting in Abuja on Tuesday disqualified the governorship running mate, Senator Biobarakuma Degi-Eremienyo, on the grounds that he supplied false information to the electoral commission contrary to the Electoral Act 2010 as amended.

The judgment compromised the candidacy of the APC in the contest as in view of Section 187 (1) of the 1999 Constitution as amended, the nomination of the party’s candidate, Mr. David Lyon, was technically nullified.

The party, however, approached the Court of Appeal in Abuja on Wednesday and eventually got a stay of execution of the judgment via an ex parte process yesterday.

But another Federal High Court, sitting in Yenagoa, the state capital, yesterday nullified the APC primaries and the nomination of Lyon as the party’s candidate.

“Once we are served with the ruling, we would study them and know what the courts wants us to do; and we would comply accordingly,” said the National Commissioner, Voter Education and Information, Mr. Festus Okoye.
The INEC has only today to do that study and inform the public on the fate of the APC.

The APC, political analysts told THISDAY last night, might have made the same mistakes it made in Zamfara and Rivers States, where multiple litigations and court rulings arising from disputes from its primaries for the 2019 general election robbed it of a chance to contest in the poll in Rivers, while its votes in Zamfara were nullified as wasted ballots by the Supreme Court.

In its judgment on Tuesday, Justice Inyang Ekwo had disqualified Degi-Eremienyo from participating in the governorship election for providing conflicting information in his documents submitted to the electoral commission.
The court agreed with the arguments of the Peoples Democratic Party (PDP) that Degi-Eremienyo gave false information in support of his candidacy to the INEC.

While APC was still smarting from the verdict, the Yenagoa Division of the Federal High Court, in a judgment yesterday, quashed the primaries that produced Lyon and barred the APC from participating in the Saturday election.
It held that the party did not follow its electoral guidelines in conducting the primaries and should not be allowed to profit from its mistakes.

But THISDAY learnt that as at press time, INEC had not been served the enrolled order of judgment of the court in Yenagoa.

However, a partial reprieve came later yesterday for APC as the Court of Appeal, Abuja Division, granted a stay on the execution of the judgment of the lower court in Abuja that disqualified the APC running mate and by consequence Lyon to whom he is constitutionally conjoined to run the race.

That leaves the party with yesterday’s judgment barring both Lyon and Degi-Eremienyo from the election to contend with.
Amid the legal confusion, which has the potential to exacerbate the threats of violence that could mar the elections, President Muhammadu Buhari called for fairness and transparency to ensure the smooth conduct of the polls in Bayelsa and Kogi States.

But rising from a meeting yesterday in Abuja, the Election Management Body (EMB) of INEC said the elections were on course.

A senior INEC official, who asked not to be named because he was not authorised to speak, told THISDAY that INEC’s decision to allow the elections to go ahead as planned, might not be unconnected with the decision of the Court of Appeal that stayed the judgment of the lower court.

Justice Jane Inyang of the Federal High Court in Yenagoa affirmed that the APC breached the rules when another person announced the results of the party’s primary election, other than the statutorily recognised authority, the chairman of the party’s National Electoral Committee.

Justice Inyang had made the declaration while entering judgment in a suit filed by one of APC’s governorship aspirants, Senator Heineken Lokpobiri, who had instituted the case against the APC, its standard bearer, Lyon and INEC over the outcome of the September 4, governorship primaries in the state.

However, the judge declined to declare Lokpobiri, a former minister, the valid candidate, as requested in his prayers before the court.

Justice Inyang noted that the exercise was conducted arbitrarily outside the rules of the party.
She ruled that since the process was conducted in violation of the party’s constitution and guidelines for the conduct of governorship primaries, none of the aspirants should be fielded as the party’s candidate.

She, therefore, restrained INEC from fielding Lyon as the party’s candidate in the election.
She held that by the APC guidelines for the conduct of the 2019 governorship primaries, the results were expected to be declared by the returning officer for the primaries, Governor Mai Mala Buni of Yobe State, and not Senator Emmanuel Ochega, secretary of the election committee, who announced the results.

According to her, the APC also violated its own rules in the composition of the election panel when it constituted an 11-member committee rather than seven stipulated by the rules.

She said: “It has been established by judicial authorities and several judgments that political parties are bound by their own rules. The committee that conducted the primaries threw caution to the winds and it is my ruling that the primaries stand nullified.

“The results announced by Senator Emmanuel Ochega are not valid as he is not the returning officer for the election, and I make an order restraining INEC from recognising any of the aspirants that participated in the said primaries.”
Justice Inyang chastised the Bayelsa governorship primaries election committee headed by Mala Buni, saying it was clear that the committee threw caution to the wind while conducting and announcing the outcome of the September 4 exercise.
“Neither the plaintiff nor the first defendant can lay claim to the ticket of the party. The governorship primaries are hereby set aside.”

She also directed INEC not to include Lokpobiri and Lyon on the ballot paper.
“The legal unit of INEC is to be served quickly,” the judge said.

“The request was to be declared winner and not to nullify the entire process. What the court just did was to cancel the whole process and there were documents attached, which showed that there was nothing wrong with the process.”
APC has also kicked against the judgment, urging the people not to lose sleep over the ruling.

The Campaign Director, Lyon Campaign, told reporters in Yenagoa, that the judgment was suspicious.
“We reject this judgment and by November 16, APC will take over this state. This judgment is baffling but we want to say going forward that the people of Bayelsa should not give any thought or moment of sleeplessness to this judgment,” he said.

Reprieve, however, came the way of APC on participating in the election following an order of the Court of Appeal, sitting in Abuja, which yesterday halted the execution of the judgment of the Federal High Court that disqualified Lyon and his running mate.

Outside the notice of appeal against Justice Ekwo’s judgment, the appellants had also filed a motion for stay of execution of the disqualification order of the lower court.

The appellate court in its ruling, however, cleared the coast for the participation of the APC’s candidates in the election.

The three-man panel led by Justice Stephen Adah granted the motion ex-parte as prayed and stayed the execution of the judgment of the lower court pending the hearing and determination of the appellants’ motion on notice.
The appellants in the ex-parte application argued by their counsel, Mr. Damian Dodo SAN, prayed the court in the interest of justice to grant the request of his clients.

Meanwhile, President Muhammadu Buhari has called for fairness, transparency and peace during Saturday’s elections in Bayelsa and Kogi States.

In a statement by his Senior Special Assistant on Media and Publicity, Malam Garba Shehu, in Abuja yesterday, the president urged INEC and security agencies to be neutral, noting that on November 16, voters in the two states should be left alone to decide who takes charge of the administration of their states for the next four years.

He added that since the ban on campaigns was lifted a few weeks ago, the people had been called to attend political rallies of various hues and were bombarded with political advertisements.

According to him, the campaigns have so far recorded not a few uninspiring incidents of violence and intemperate use of language.

He, therefore, stated that all stakeholders in the conduct of the elections must carry out their functions with fairness and transparency; without let or hindrance and without fear or favour.

“I call on voters in Bayelsa and Kogi States to exercise their franchise in a peaceful and orderly manner and in line with the law in all situations. Law enforcement officials must ensure that citizens are allowed to vote without harassment and intimidation and any attempt to steal or hijack ballots must be stopped using all legal means,” he stated.

In a related development, the Deputy Inspector-General of Police in charge of Operations, Mr. Abdulmajid Ali, yesterday said the police had identified possible risks that could constitute threats to the smooth conduct of the two elections.
He told journalists in Lokoja, the Kogi State capital, that individuals and groups that could pose security challenges to the election had been identified, classified and placed under surveillance.

He said a security threat assessment carried out in the states made it possible for the police to discover all these.
According to him, the outcome of the intelligence-driven assessment was also used as a guide in the deployment of personnel and logistics for the elections. 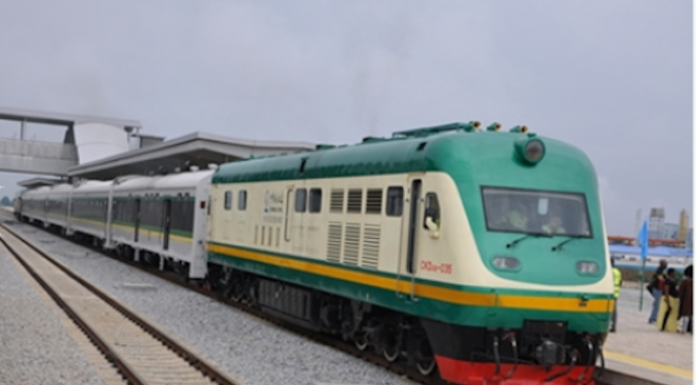