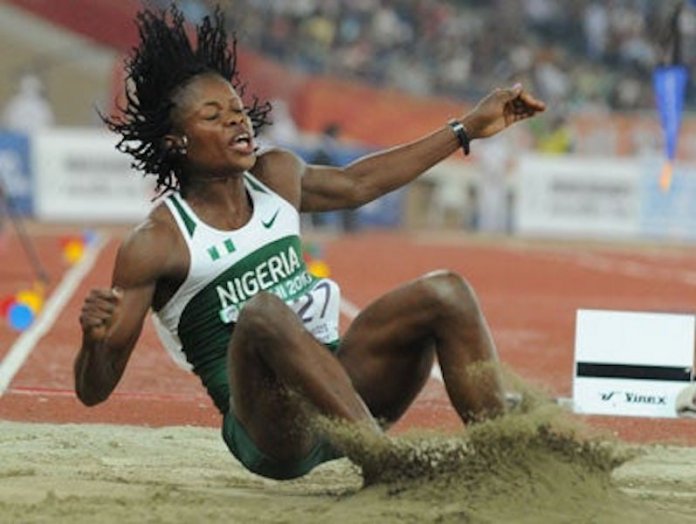 * Vows to develop track and field in the zone

Reigning African 400m record holder at 49.10secs, Chief Falilat Ogunkoya-Omotayo (MON) has been chosen as the chairperson of the South-west Athletics Association (SWAA) while the Chairman of Ekiti Athletics Association, Mr Samuel Fatunla emerged as the Technical Director.

The SWAA, a body comprising of all chairmen of athletics associations in the six South-western states of the country and members from the zone on the board of the Athletics Federation of Nigeria (AFN) met in Lagos at the weekend and in a communique after the meeting, it was unanimously resolved that Ogunkoya-Omotayo, the two-time Olympic medallist should continue as the association’s chairperson.

Ogunkoya-Omotayo was voted the best quarter-miler in the world in 1998.

The association also appointed Elder Ademola Adigun, Chairman of Osun State Athletics Association as Treasurer while Honourable Olamide George, the South-west representative who also doubles as the vice president of the Athletics Federation of Nigeria will serve as its leader.

The association thanked President Muhammadu Buhari for appointing Mr. Sunday Dare, an indigene of the zone as Minister of Youth and Sports Development and pledged to give his ministry total and unalloyed support to ensure he succeeds in his assignment.

The Association also pledged to support the organization of grassroots athletics competitions (especially in schools) across the South-west states starting with the Ilaji South-west Athletics Classics which is scheduled to hold early next year in conjunction with Impact/IATV in Ibadan.

The Association also called on the Athletics Federation of Nigeria to, as a matter of urgency ensure that all affiliated state associations are given their due recognitions, incentives, rights and privileges regarding the organisation of national/international competitions in the respective states.