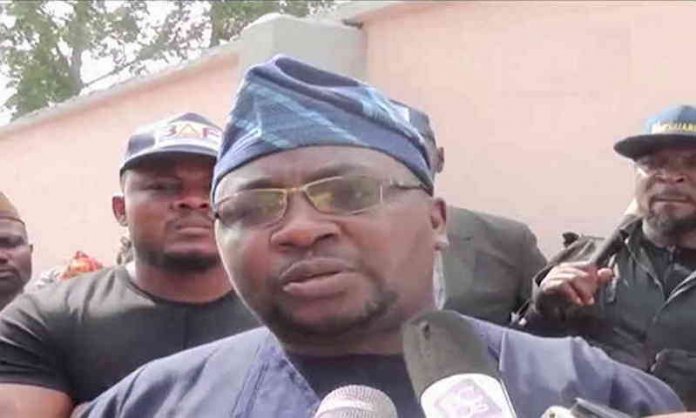 Idowu Sowunmi in Lagos and Kemi Olaitan in Ibadan

Despite finding the appeal of the candidate of the All Progressives Congress (APC) in the last governorship election in Oyo State, Dr. Adebayo Adelabu, meritorious, the Court of Appeal, said yesterday that it could neither order a retrial nor rerun, because the matter was statute barred.
But the appellate court was straighter in the matter of Ogun State, refusing the appeal of the candidate of Allied Peoples Movement (APM), Hon. Adekunle Akinlade, against the election of the APC’s Governor Dapo Abiodun.

The higher court sitting in Ibadan, in a unanimous judgment delivered by Justice Abubakar Yahaya, held that but for the time limitation placed by law, it would have remitted Adelabu’s petition questioning the declaration of Makinde as winner of the March 9 governorship election in Oyo State to the lower tribunal for a retrial.

It, however, said it was unfortunate that the time limit of 180 days for the tribunal had been exhausted, stating that the judgment of the lower tribunal that dismissed Adelabu’s petition against Makinde’s election as the governor was perverse, therefore, set aside the judgment that upheld the election of Makinde as declared by the Independent National Electoral Commission (INEC).

It also ordered that the status quo before the tribunal’s judgment should remain, which is the return and declaration of Makinde as winner of the governorship poll in Oyo State.
Justice Yahaya, the lead judge of the four-man panel, disagreed with the tribunal on issues bordering on documents tendered by the APC.

He held that the documents tendered by the appellants ought to have guided the tribunal through proper investigation, stressing that the pieces of evidence were also not adequately evaluated.
The lead judge noted that the tribunal had committed a miscarriage of justice by its failure to analyse the tendered documents and its failure to evaluate the pieces of evidence presented by the APC.

Reacting to the judgment, Makinde said the mandate of the people given to him remained intact following the ruling of the Court of Appeal.
Makinde, in a statement by his Chief Press Secretary, Mr. Taiwo Adisa, added that the mandate cannot be taken through the backdoor.

He said: “There is no ambiguity as to the state of things in our pacesetter state as far as the election of March 9, 2019, is concerned. Our party, the Peoples Democratic Party (PDP), won the election.
The victory was reaffirmed by a ruling of the Election Petitions Tribunal, sitting in Ibadan, the state capital.
“On Monday, the Court of Appeal refused to grant any of the three key reliefs sought by the APC candidate.

“With the above being the reality of the outcome of the Appeal Court ruling, the election of Seyi Makinde as the Governor of Oyo State has just been reaffirmed.”
Makinde urged the people to remain calm and be law abiding.
Also, the lead counsel to Makinde, Prof. Eyitayo Jegede (SAN), said the declaration of Makinde as governor had not been affected in any way.

“We have not seen the details of the judgment. We were all in court and you (journalists) saw that the details were not read to us. As far as we are concerned, there is no cause for alarm. There is no implication on the return and declaration of Seyi Makinde as the governor of Oyo State,” he said.

But counsel to Adelabu and APC, Mr. Adeboye Shobanjo, in his reaction, said: “In totality, the appeal was allowed. But My Lord said that because of effluxion of time – that since the time for trial has lapsed at the tribunal, they cannot order for retrial of the case.

“But generally or totally, the appeal was allowed. It showed that the judgment of the tribunal occasioned miscarriage of justice against the appellants.”
However, when asked if Adelabu and APC would proceed to the Supreme Court to challenge the Court of Appeal judgment, he said: “The next step depends on my clients. They will brief us accordingly and it depends on instructions.”

The state chapter of the APC, however, said Adelabu and the party would approach the Supreme Court for final settlement of the litigation.
In a statement by its Assistant Publicity Secretary, Prince Ayobami Adejumo, the party lauded the appellate court’s judges for their pronouncement.

Reading the lead judgment, Justice Muhammed Ambi-Usi Danjuma declared that the 10 grounds filed by the Akinlade and his party challenging the victory of Abiodun had no merits and that the two appellants were overruled because of lack of merit.

The judgment read, “The respective objections raised by the two respondents are overruled and the emotions have no remit, answers to them are sustained and the two motions are dismissed.”
In its reaction, the state chapter of the APC expressed joy at the victory of the governor, describing it as a reaffirmation of his divine mandate.

Addressing reporters at the party secretariat in Abeokuta, shortly after the appeal judgment, the Publicity Secretary of the APC Caretaker Committee, Mr. Tunde Oladunjoye, said the victory verdict was a true reflection of the overwhelming wishes of Ogun people as freely expressed in the March 9, 2019 governorship election.

Oladunjoye, therefore, urged politicians and non-politicians who genuinely desire the peace and progress of the state to join hands with Abiodun to develop the state.