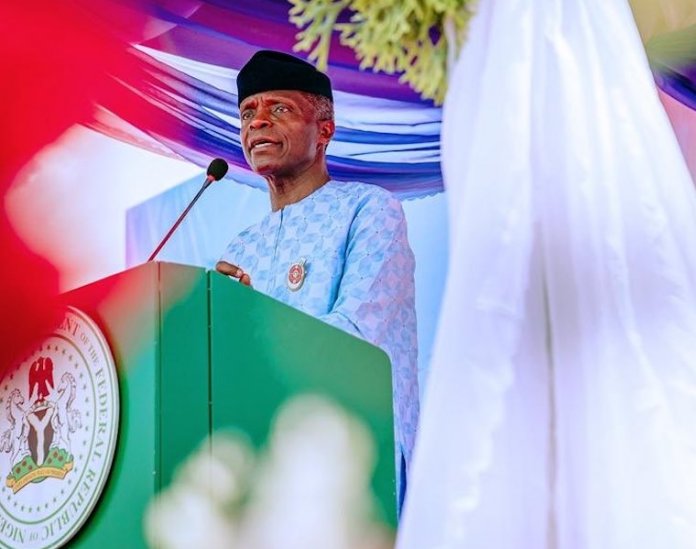 Vice President Yemi Osinbajo, yesterday in Kajola, Ogun State, kicked off the construction of the first ever wagon assembly plant for the railway system in the country, saying it is part of efforts to localise rail technology in Nigeria.

Osinbajo said while performing the ground-breaking ceremony that the rail system of transportation held the key to transformation of commerce in Nigeria and across the continent, as it would link the ports and provide an integrated transportation network.He noted that the project, when completed, apart from generating about 5, 000 jobs, was expected to produce some parts of the wagons for the Lagos–Ibadan and Abuja–Kaduna rail lines. It is also projected to produce some parts for the central rail lines that would link other rail operators within the West African sub-region.

Osibanjo observed that by building the rolling stock locally, import and export businesses within, into and out of Africa’s largest market would receive a heavy boost.
According to him, the citing of the plant in Nigeria and the commitment to hiring Nigerians and Nigerian businesses affirmed President Muhammadu Buhari’s directives in Executive Order 5. The executive order focuses on prioritising Nigerians and Nigerian businesses in the innovation, production and procurement of engineering projects and services.

The vice president stated, “The plant would offer an important platform for engineers, technicians, artisans and other professionals to gain the specialised skills required for the production and maintenance of rolling stock.

“This will invariably conduce to spin-off businesses in the region of operation and across the country wherever rail networks are in existence. The plant is expected to generate about 5,000 direct and indirect jobs.”

He said after completing the Abuja-Kaduna railway project in July 2016, the Buhari administration commenced construction works on the Lagos-Ibadan railway modernisation project in March 2017.

“Following which we initiated the rehabilitation and completion of the abandoned Itakpe–Ajaokuta–Warri rail line, which was started over three decades ago,” he disclosed.
The vice president called on the host communities to support government’s efforts by cooperating with the contractors in safeguarding and protecting the investments so that “we can ensure that all intended objectives and mutual benefits are attained.”

The Minister of Transportation, Mr. Chibuike Ameachi, who spoke earlier, explained that to meet the increasing demand of both passengers and freight on the new Nigeria Standard Gauge Railway Service, the federal government had awarded the contract for the procurement of a rolling stock. This, he said, included “locomotives, coaches, wagons and contemporary Diesel Multiple Units to serve the movement of passengers and freight on the Abuja-Kaduna, Itakpe–Ajaokuta–Warri train services as well as the on-going Lagos–Ibadan railway. It will also serve any railway service in the West-African sub-region.

“The Ministry of Transportation, realising the need to set up this type of plant, considering the potential need in view of the on-going rail projects in the country and the sub-region, encouraged Messrs CCECC to establish this plant.
“It is expected that the plant would generate job opportunities for Nigerians and as well facilitate the much-desired objective of the government towards the local content capacity development.”

Amaechi added that it was in the pursuit of these objectives that the Federal Ministry of Transportation signed an agreement with Messrs CCECC Nigeria Limited in March 2018 to establish the plant for the production and assembling of rolling stock, spare parts, and maintenance equipment in Nigeria.

Messrs CCECC conducted a feasibility study in which the choice of Kajola was arrived at as the suitable location for the project, the minister stated.
He said the project was a direct investment of Messrs CCECC Nigeria Limited in the country and part of the gains from the contract signed for the supply of the rolling stock.

“This will be the first of its kind in Nigeria and the first batch of the wagons to be assembled from the production line of this plant will form part of the rolling stock for Lagos-Ibadan and Abuja-Kaduna railway operations. Subsequently, other rolling stock would be produced as its production capacities increase,” Amaechi said.

He also said the project would generate about 5,000 jobs when completed, adding that in the long run, Nigeria would manufacture rolling stock for the country’s use and for other African countries. 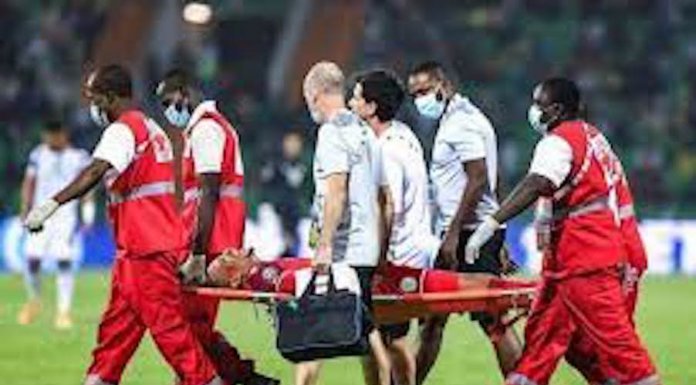