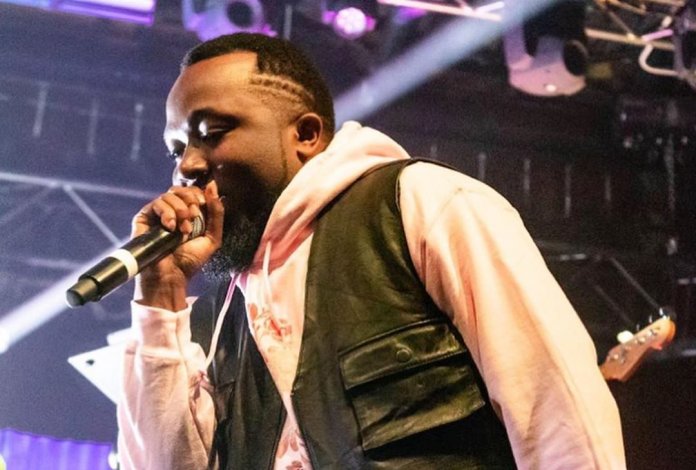 Hip hop artiste/actor, Panshak Henri Zamani, popularly known as Ice Prince seems to have his groove back, following his recent performance with American-born Nigerian singer/songwriter Jidenna Theodore Mobisson. The Nigerian rap sensation, Ice Prince, was part of the select artistes that shared the stage with Jidenna at his “85 To Africa Tour” concert in California, United States last Sunday. Ice Prince was delighted to be part of the show, performing with “The Classic Man”.

Ice Prince posted photos from the event on his Instagram and captioned the post: “Big Up My Brother @jidenna for having me on stage last night #85toafricatour NC!” Though it is not their first musical experience together, the former Chocolate City vice president once worked with Jidenna and Patoranking alongside South Africa’s Nasty C on a six-tracked EP titled, “Know No Better” in 2017.

They were featured in the track, Particula, which is the third track of the EP by Reggae super group Major Lazer.

The EP release was packed tight with strings of guest features from around the world.

Currently midway through his 85 to Africa tour, Jidenna and Ice Prince draw affinity being rap artistes. 85 to Africa Tour concert comes off the success of the release of Jidenna’s 11 track sophomore album, of the same concert/tour title, “85 to Africa.”

The Sufi Woman crooner released a sophomore album in August 23, 2019, featuring Seun Kuti and Mr. Eazi. The album is a follow-up to The Chief released in 2017. Weeks after the “85 to Africa” release, Jidenna followed it up with a listening party in Lagos.

Among 85 to Africa’s most endearing qualities are its cultural references.

During his listening party in Lagos, Jidenna explained that the album title signifies a journey home.

He told fans that “85” is a highway in Atlanta, Georgia, United States, which leads to an airport. An airport leads to different parts of the world.

With 85 to Africa, the Grammy nominee had explained during a radio with LA’s Real 92.3 that he wanted to share a message of unity across the African diaspora.