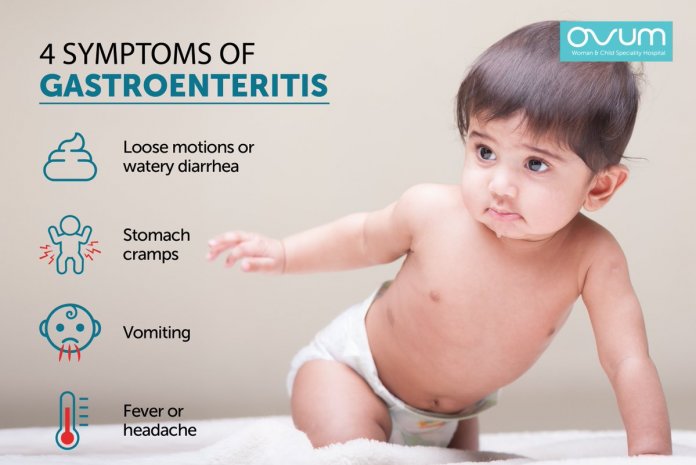 At least11 people have died following the outbreak of Gastroenteritis in Lagos State while 370 others had been treated, the state Ministry of Health has confirmed.

Commissioner for Health, Prof. Akin Abayomi in a statement yesterday disclosed that 400 cases of the disease had been recorded in five Local Government Areas of the state, with 370 cases treated and discharged.

Gastroenteritis is caused by micro-organisms like those causing typhoid fever, cholera and certain viruses. It can be contacted by eating or contaminated foods such as uncooked seafood and drinking contaminated water.

Patients with gastroenteritis present with severe acute watery diarrhea and profuse vomiting. Those infected with micro-organisms causing the disease show signs and symptoms within 12 hours to one week after ingesting contaminated food or water. The disease affects both children and adults and could kill within hours if untreated.

The commissioner also said the attention of the government had been drawn to some misleading, alarming and sensational reports, especially on some social media platforms about the outbreak of Gastroenteritis that was experienced in the state in the past weeks.

He said of great concern was a voice note currently circulating on WhatsApp which emanated from an unidentified individual purportedly linked to one of its health facilities misinforming the public about the alarming deaths rate occasioned by the disease, thus creating fear.

“This, we believe is the handiwork of mischief makers with an intent to deliberately cause panic amongst the populace While we appeal for calm, it is pertinent to note that these misleading reports are made up, spurious, incorrect and do not represent fact. Citizens are hereby advised to disregard any news about the disease that did not emanate from the official communication channels of the Lagos State Government, the Ministry of Health or it officials.

“It is true that an excess increase in the cases of Gastroenteritis was reported in some local government areas (LGAs) particularly in Lagos Island, Surulere, Mushin and Ajeromi since mid-October. This is now under control as a result of the policies and interventions that we have put in place and I want to assure you that we are on top of the situation,” he stated.

According to Abayomi, following the report of the outbreak, Rapid Response Teams at the affected LGAs led by the Medical Officers of Health were activated, stool specimen were collected for laboratory test to confirm the micro-organism causing the vomiting and diarrhea while surveillance had also been scaled up in communities within the affected LGAs to stop the spread of the infection.

“We have been very proactive in our response and management of the excess cases of vomiting and diarrhea occasioned by the outbreak. As part of our response, we have activated an emergency operation centre (EOC) which is a command and control centre so that we can fine tune logistics and resources around our response against the outbreak,” he added.

Abayomi said since the activation, the EOC which is made up of representatives from the Ministry of Health, Primary Health Care Board, Health Service Commission, Lagos State Environmental Protection Agency (LASEPA), World Health Organisation and Central Public Health Laboratory among others had been meeting on a daily basis; collating results, reviewing plans and interventions as well as suggesting and coordinating the implementation of measures to effectively curtail the spread of the disease and manage future occurrences promptly and effectively.

“The EOC is made up of sub thematic areas of research, surveillance, case management and infection control, laboratory, communication and advocacy, pharmacy, security as well as logistics and data management. Also, our disease surveillance officers at the State and local government levels are currently carrying out intensive surveillance to stop the spread of the disease.

“We have also put in place and still carrying out some measures and specific action plans like upgrade of infrastructure in our health facilities especially the PHC level; recruitment of more health workers; increasing the supply of drugs and consumables to health facilities; continuous clearing of drains and improving the supply of clean and portable water to residents, so that in the future, when we have this climatic situation where there are excessive rains, we should be in better position to respond very quickly even in a very more efficacious way.

“Although, Lagos is prone to seasonal infectious diseases like gastroenteritis because of its demography and low line megacity nature, we will however not relent in our effort to respond to any water born or airborne outbreaks that may happen in our State whilst ensuring that citizens remain safe and healthy,” he said.

Abayomi advised members of the public to take precautionary measures by paying due attention to personal hygiene and environmental sanitation by keeping their environment clean, avoiding open defecation, ensuring drains are clean and imbibe the culture of regular hand washing.

He encouraged Lagosians to wash their hands with soaps and water frequently and thoroughly, and also boil their water before drinking, especially if the source was in doubts, adding that “wash fruits and vegetables thoroughly before eating; cook food thoroughly and dispose waste material properly. You are advised to visit nearest health facilities early when you are sick and avoid going to work or school where you are likely to infect others.

“Health workers are also advised to take universal safety precautions when dealing with patients, practice good hand washing techniques and report any alarming increase in cases of gastroenteritis-vomiting and diarrhea to the Medical Officer of Health in their local government or the Directorate of Disease Control.

“For reports, clarification and more information on the outbreak of gastroenteritis, citizens and health workers can contact the Directorate of Disease Control through these lines: 08023169485 and 08023608195.”