The Nigeria Customs Services (NCS) has ramped up efforts to curtail smuggling with a directive to the Nigerian National Petroleum Corporation (NNPC), Petroleum Products Pricing Regulatory Agency (PPPRA) and all relevant agencies to suspend fuel supply to petrol stations within 20 kilometres of Nigeria’s borders with neighbouring West African countries.

The directive is in furtherance of the ongoing bid by the federal government to drastically curb smuggling that led to the closure of the country’s land borders with its neighbouring West African countries.

Both the NCS and the NNPC had claimed that most of the imported petrol, being subsidised for domestic consumption, was often smuggled to these neighbouring countries and sold at premium price.

THISDAY yesterday obtained an official circular from the NCS where it made this latest directive and asked its various commands to implement it immediately.

The circular was dated November 6, 2019 and titled “EII/2019/Circular No.027: Suspension of Petroleum Product Supply to Filling Stations within 20 kilometres to all Borders.”

The directive, which was signed by the Deputy Comptroller-General, Enforcement, Inspection and Investigation (EI&I) of the NCS, Chidi Augustine, stated that henceforth no petroleum product, irrespective of its tank size, would be permitted to be discharged in any filling stations within 20 kilometres of the country’s borders.

Customs directed its zonal coordinators, sector coordinators, area controllers and all marine commands amongst others to ensure strict and immediate compliance to the new order.

Group Managing Director of NNPC, Mele Kyari, had reported significant drop in petrol evacuation from the depots since August 22 and attributed it to the border closure and other interventions of the security agencies aimed at curbing smuggling.

The NNPC had said in July that petrol was being smuggled to the neighbouring Ghana, adding that this was largely due to the price disparity between Nigeria and its West African neighbours.

The corporation had explained that while the pump price of petrol in Nigeria was N145 per litre, the cost in many other West African markets was between N350 to N430 per litre.

NNPC had added that smugglers saw the incentive in smuggling the product from Nigeria to other locations in West Africa. 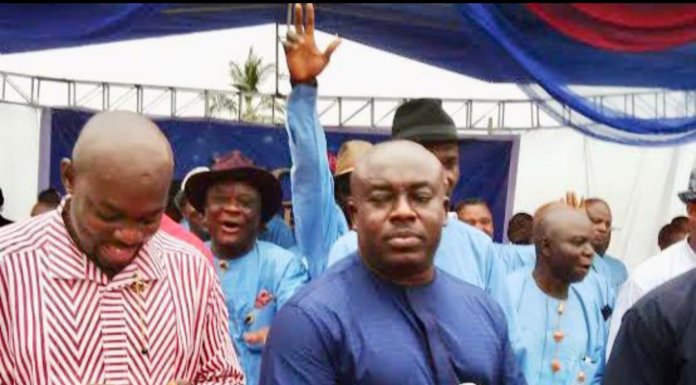