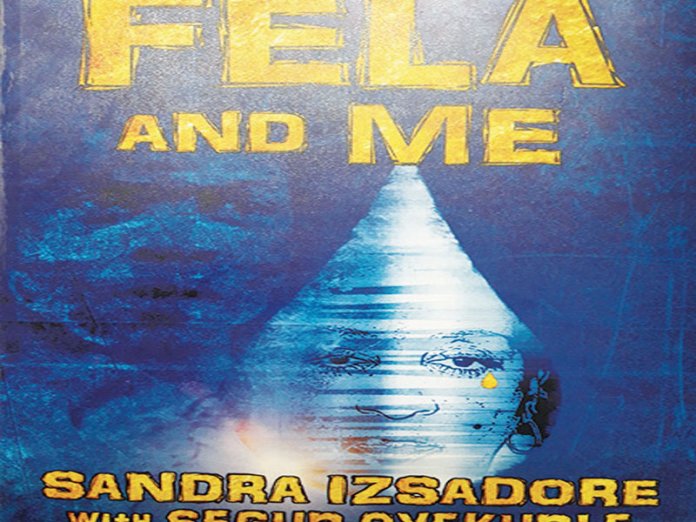 A most revealing book on Fela’s indestructible music, staunch activism and colourful sex life titled, ’FELA and Me’ written by his most influential music associate and ex-lover, Sandra Izsadore with Segun Oyekunle is a burning read, writes Yinka Olatunbosun

Sandra Izsadore is best known as the woman who radicalised Fela Anikulapo Kuti, a young man, fresh from a music school in the UK in search of music breakthrough in United States of America as an undocumented immigrant. But not many people know the true story of Sandra, the only featured female lead vocalist in Fela’s music. She recorded the hit protest song, “Upside Down” in 1977 and has been a subject of several biographies and biopics. She was a subject in the Tony award-winning Broadway Musical, FELA!

In this unabashed read, she and her co-author, Segun Oyekunle, another long-time associate of Fela documented a series of events that defined the music era that Fela helped to put on global cultural map. Published by Kraft Books Limited, the book is a product of painstaking effort over the past ten years that expectedly generated arguments for and against some of the details presented in the book.

Young, wild and free, Sandra’s encounter with Fela in 1969 formed the roots of the narration which traced the early years of Fela’s musical career and the infusion of dancer(s), message and his idiosyncratic composition style. Through the intervention of Oyekunle, the reader gains insight into how the UCLA background, Sandra’s Blank Panther roots and racism became pivotal in the grooming Fela’s radicalised world-view.

Though the work is steeped in strong and graphic language, Sandra is a brutally honest protagonist, relishing every memory of her sexual escapades with Fela, a married man, from the point of view of a lover, whose only bitterness perhaps is that she had to share Fela’s bed with other women.

Her unmistakable pain in documenting this piece is very likely to resonate with every woman who has ever been genuinely in love with a philanderer. In ‘Fela and Me’, Sandra seems to alternate between being a mother writing her story as a warning example for her children and a proud and cherished mistress who has no regret in being a part of the life of a free-spirited and exceptionally talented artist.

Sandra’s episode as an outlaw brought out the culture shock that she experienced during her first tumultuous visit to Nigeria. Her nomadic lifestyle, avant-garde fashion sense and a showy display of self-liberation painted a picturesque picture of her character in the midst of Fela’s women, many of whom were cold to her because of the favouritism showed to her by Fela; Cold-that is to understate the sordid account that Sandra delivered in the piece. She counter-balanced the story with a few instances of kindness shown to her by Fela’s girls and even his mother.

Through the story, Sandra aims to demystify some cultural beliefs and traditions, one of which was her encounter with the “Oro” in Abeokuta which is considered as a taboo for any woman to glimpse. Oyekunle strengthens some of Sandra’s recollections with some detailed background information that captured the political atmosphere in Fela’s time.

Perhaps the book could have been a few pages less if Sandra had not insisted on maintaining her voice in the work, part of which accounts for the grossly repetitive lines. Her sentiment in ‘FELA and Me’ can be summed up in the 1997 Grammy-nominated hit song-Meredith Brooks’ B**ch. The book was recently presented at the Freedom Park, Lagos with the Nobel Laureate, Prof. Wole Soyinka in attendance.