Forward Sontje Hansen netted a hat-trick against the Golden Eaglets early hours of Wednesday to knock out five-time champions Nigeria 3-1 from the ongoing 2019 FIFA U17 World Cup finals in Brazil and book a ticket in the quarter finals.

The Ajax Academy product produced two brilliant goals in the opening 15 minutes to put his side in front, then placed the match out of reach of floundering Nigerian Eaglets with his penalty in the 80th minute.

However, the Nigeria Football Federation (NFF) dispelled speculations in the social media that Head Coach of the Eaglets, Manu Garba has been fired from the job.

Spokesman of the NFF, Ademola Olajire, dismissed the speculations, insisting that the board of the federation would need to meet and review the team’s overall performance before a decision is reached on the coaching crew.

“As I speak with you (THISDAY), no decision has been taken on the coach yet. The news of the sack of Manu Garba is from the fertile minds of those who are speculating it,” declared Olajire.

The Dutch lost their first two matches of the competition and only got into the knockout stage thanks to their 4-0 defeat of USA in their final group phase encounter, while Nigeria topped Group B following wins over Hungary and Ecuador and shock defeat to Australia.

The Golden Eaglets’ untidy habit of conceding early in their games proved ill-advised this time, as Sontje Hansen scored in the fourth minute and then followed up with two more goals to render Olakunle Olusegun’s goal from a blistering shot in the 12th minute of no effect.

A game of very high intensity at the Estadio Olimpico was decided by tactical awareness, silky skill, economic football and good organization, with the Eaglets doing most of the running but failing to get their passes right in the critical zone. They were also guilty of wayward shooting.

After Olusegun cancelled Hansen’s first goal, the Nigerian youngsters had themselves to blame for Hansen’s second, which arrived no thanks to sloppy defending of a free kick in the 15th minute. A poorly cleared ball fell at the feet of the gifted Hansen at the edge of the box, and he let fly a rasping drive that goalkeeper Daniel Jinadu had no answer to.

Oluwatimilehin Adeniyi got a poor touch on the ball from Ibrahim Sa’id’s cross in the 22nd minute and a stinging Sa’id shot was parried by the Dutch goalie 11 minutes later.

In the second half, Charles Etim’s good shot in the 54th minute only rattled the Dutch goalkeeper, and four minutes later, Akinkunmi Amoo should have done better when he had only the opposing goalkeeper to beat.

Coach Manu Garba introduced Divine Nwachukwu and Ibraheem Jabaar while withdrawing Peter Olawale and Sa’id, but Nigeria could find no way back into the game in the manner they did against Hungary and Ecuador in their first two matches.

Rather, 11 minutes from time, the Video Assistant Referee spotted a handball by Clement Ikenna as Nigeria defended another Dutch onslaught, and Hansen swept the ball past Jinadu for Netherlands’ third goal. 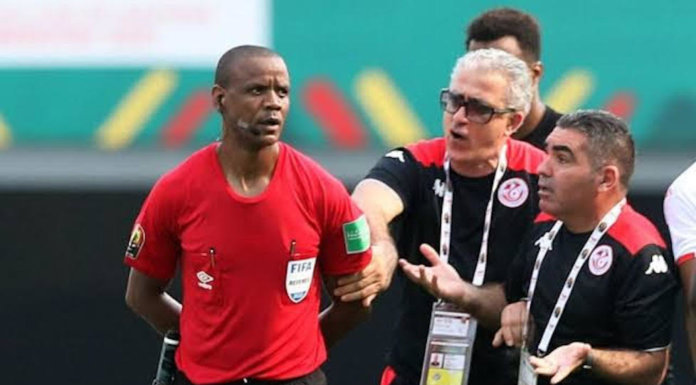