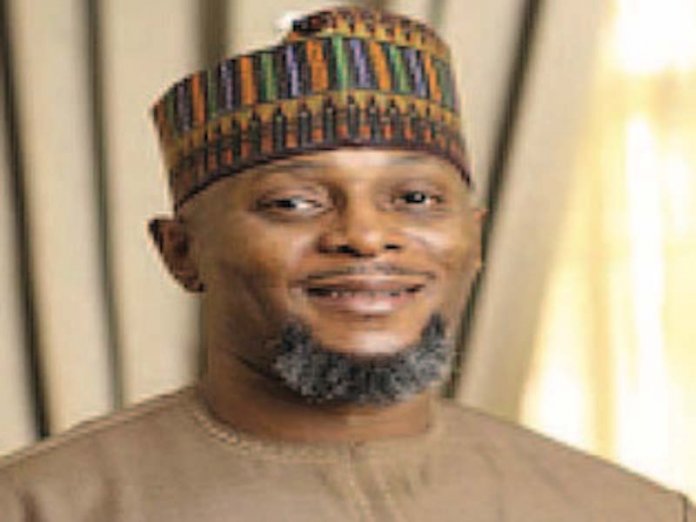 Jameelah Sanda writes on the impressive persona of Adamu Atiku-Abubakar, one of the new commissioners in Adamawa State

In a country where children of the privileged rarely account for anything reasonable, a few are standing up to be counted. While some often rely on the influence of their parents and guardians to positions they are otherwise not qualified for, some have, due to hard work, uncommon intelligence and focus assume positions never thought possible. One of the very few that have stood out in recent years is Adamu Atiku-Abubakar. In recognition of his zest for excellence, the Adamawa State Government recently sent his name to the State’s House of Assembly as Commissioner nominee. Since the news broke, many stakeholders in the state’s politics have hailed the move by Governor Umaru Fintiri.

This is because Adamu is not just another person looking to make ends meet or waiting for appointment to earn a living. A graduate of the prestigious University of Central England, Birmingham, United Kingdom, he holds a Master of Science in Supply Chain & Logistics (Msc.) and a Bachelors In Marketing & Management (B.A) from Middlesex University, Hendon, United Kingdom.

Adamu is a visionary high value executive, offering over 20 years of assertive, compelling professional leadership style that has proven to be innovative, dependable, inspirational and profitable.

He is highly valued for expertise in interpreting corporate vision and strategy, translating Management objectives into workable business plans and providing decisive leadership to multifunctional staff.

Until recently as the Deputy Managing Director of Nigeria’s leading oil and gas logistics company,INTELS, he was responsible the management of all of the company’s activities in Nigeria inclusive of relationships with government authorities and clients, implementation of the company manual, policies and procedures in conjunction with the managers and heads of departments.

Part of his role was to ensure that revenue and expenditure budgets were thoroughly researched, realistic, well-presented and monitored, projects Management and expansion of INTELS and its subsidiaries in new energy markets in Africa and beyond and management of multi-million dollars projects in Nigeria like the Eko Energy City situated in Eko Atlantic City in Lagos.

Others are management of world class projects leading to increased revenue for all the concessions and leading negotiations on INTELS behalf, preparation and supervision of projects budgets and scope from conceptualization to implementation, ensuring that the heads of departments are performing to expectation and comply with manual / procedures and policies, management and approval of contracts with individual clients, ensuring that company’s operations are conducted in line with approved HSE procedures, producing the conceptual and strategic plans for the company, setting of objectives, monitoring progress and conducting assessment against programmes and plans and ensuring that appropriate standards of quality are set, achieved and maintained. Mr. Adamu Atiku-Abubakar’s superb credentials in the boardroom is a plus for Adamawa State. He has occupied many positions in the past two decades among which are member, Board of Trustees, American University of Nigeria, Yola.

A major task for the young Atiku-Abubakar is to meet and surpass the sterling record in public service set by his father, who was previously the Governor-elect in Adamawa State before he became the Vice President of Nigeria between 1999 and 2007. No doubt, every step he takes is going to be compared to his father. And that is a huge responsibility. It is not enough that he has already set an enviable record in the private sector. After all, there were not likely to be too many voices reprimanding him in the family business. But public service is a different ball game altogether, where he will be held accountable for every action and utterance.

Chances are that Adamu’s appointment into the Adamawa state executive council would have created some testy moments for the Peoples Democratic Party (PDP), his father and other interest groups in the state that came together to ensure victory for Fintiri. There would have been very persuasive arguments for and against his appointment. Though the former Vice President is a towering political figure in Adamawa state and Nigeria, his professed adherence to democratic tenets would have been fully stretched concerning the nomination of Adamu as a commissioner.

His conduct and performance in this very important assignment may brighten the political future of his father or ruin it. Opponents of his father who have tried very hard to tarnish his image, may hold on to any untoward conduct by his son to discredit him. Adamu too has a good chance to advance his personal profile in public service if he takes seriously the trust invested in him.

Adamu is a visionary high value executive, offering over 20 years of assertive, compelling professional leadership style that has proven to be innovative, dependable, inspirational and profitable. He is also a versatile executive strategist, recognized for having extraordinary business acumen, progressive marketing skills, exceptional business development abilities and an outstanding project manager
THANK YOU SO VERY MUCH