The Court of Appeal sitting in Kaduna yesterday reserved judgment for November 7, on the appeal filed by the Peoples Democratic Party (PDP) governorship candidate in the March 9, 2019 election, Alhaji Isah Ashiru.

Ashiru and his party, PDP, had approached the Appeal Court to challenge the verdict of the Kaduna State Governorship Tribunal that upheld the return of Governor Nasiru El-Rufai, candidate of the All Progressive Congress (APC) as duly elected by majority and lawful votes.

The Justice Ibrahim Bako-led tribunal had dismissed the petition of the PDP and its candidate for lacking in merit.
The petitioners had presented 135 witnesses with various documents to buttress their allegations of malpractices, including ballot box stuffing, snatching of election materials and interruption of the process by thugs.

In Ogun State, the court stting in Ibadan has also reserved judgment in an appeal filed by Mr. Adekunle Alabi of Allied Peoples Movement (APM) against the victory of Mr. Dapo Abiodun of the APC in the March 9 governorship election in Ogun State.
The News Agency of Nigeria (NAN) reported that Akinlabi appealed the September 4 judgment of the Election Petition Tribunal in Abeokuta that upheld the victory of Abiodun as the Ogun State governor.

NAN reported that other respondents in the appeal are the APC and INEC.
The five-man panel of the Appeal Court presided over by Justice Abubakar Yahaya reserved judgment after listening to the argument of all the parties.
Yahaya said that judgment that would be communicated to the counsel.

Hon contented that there was a difference between what he wrote in the form CFO submitted in 2015 to contest the Senatorial election and the one submitted in 2019 for governorship election.

He said that Abiodun was not qualified to contest the governorship election base on his false qualification and urged the court to uphold the appeal.
In his argument, Abiodun’s counsel, Mr. Taiwo Osipitan (SAN), said his client was qualified to contest the governorship election.
Osipitan said the issue of academic qualification was a pre-election matter which ought to have been brought to court within 14 days after the document was submitted.

He said that the appellants did not have any grounds of appeal and urged the court to dismiss the appeal. 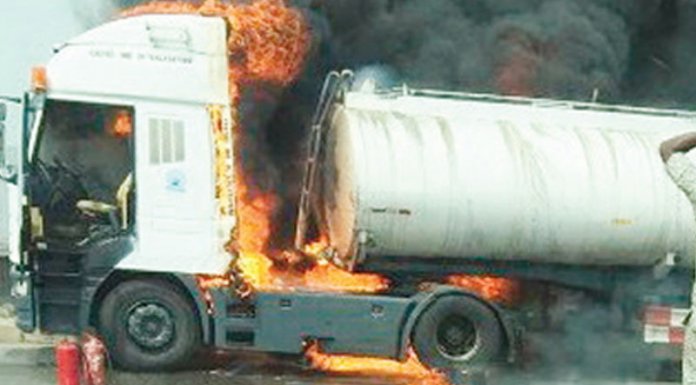