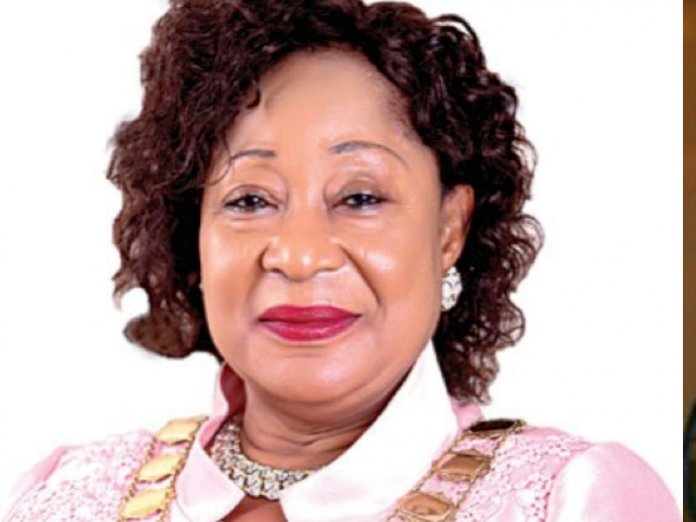 As the years go by, a prayer is oft-repeated among those whose day of mortality comes ever closer with each sleeping of the sun. “Enlarge my life with multitudes of days, whether in health or in sickness”. Very few have the vision to pray instead of multitudes of accomplishments. Which is not to say that Nike Akande, that venerable grand matriarch of high society, has got where she is by prayer alone. She prayed a lot, to be sure, but she walked and worked her way to her prayer’s destination.

Looking ever radiant even as winter approaches, Nike is the green bough that remains bright and beautiful whatever the weather. A woman for all seasons and a model for all ages, she has stood steadfast in good times and bad, when friends turned foes when her children left the roost, and even when some of her peers and closest sisters shuffled off this mortal coil before her very eyes.

It is not so much a thick skin that makes Nike stand apart, her head held high above the fripperies of life, her snow-white conscience unstained. She remains a unicorn in the wild, roaming free, all things bright and beautiful falling like confetti on her lap.

The former president of the Lagos Chamber of Commerce and Industry and honorary life vice-president of the Nigerian Association of Chambers of Commerce, Industry, Mines, and Agriculture cuts the figure of ageless poise as she celebrated her 75th birthday a few days back. Even though those good old days of high-intensity splash and partying are behind her, what lies before are even better days of mentoring the younger generation in the ways they should go.

She has seen it all, done it all, felt it all and lived to tell the tale. Perhaps, she is the tale, a living, breathing metaphor for the halcyon days when hope flowed from coast to coast and the Amazons of the Niger rose from their kitchens and baskets and farms and grabbed the destiny of a country by the throat.

With radiant smiles and good words for everybody, Nike remains the pacesetter. She has survived the rise and fall of many celebrities and remains untouched. She competes with nobody but herself. She is adored by the glitterati and fashionistas. Forever honoring invitations of admirers and friends alike, she invariably takes centre stage wherever she goes.