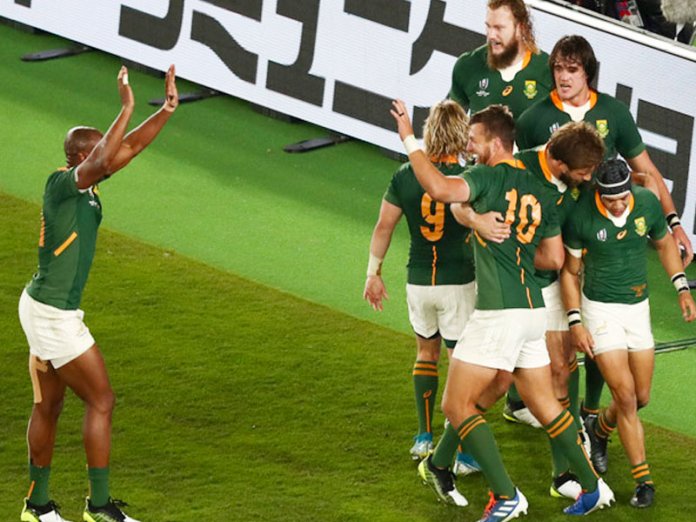 Twenty two points from the boot of nerveless fly-half Handre Pollard and second-half tries from wingers Makazole Mapimpi and Cheslin Kolbe ground England into the Yokohama dirt on a horrible night for Eddie Jones’s men.

England had trailed 12-6 at the interval after taking a hammering in the scrum and making a series of handling errors.

And despite four penalties from captain Owen Farrell they never looked like closing that gap as the Springboks produced an outstanding display to match those of 1995 in Johannesburg and 2007 in Paris.

Those were iconic moments for a nation besotted with rugby and when Siya Kolisi lifted the William Webb Ellis trophy aloft as the first black man to captain the Springboks they will have the final part of a triptych that will endure forever in the country’s collective memory.

For England it was a chastening end to a campaign that had promised to end the 16-year wait for the World Cup glory.

They were out-muscled, out-run and out-thought by a team transformed by the leadership of skipper Kolisi and the coaching of Rassie Erasmus.

Never before has a team beaten in the group stages gone on to win the trophy, but this is a triumph to match that of the teams of Francois Pienaar and John Smit with a wider story that perhaps surpasses both.