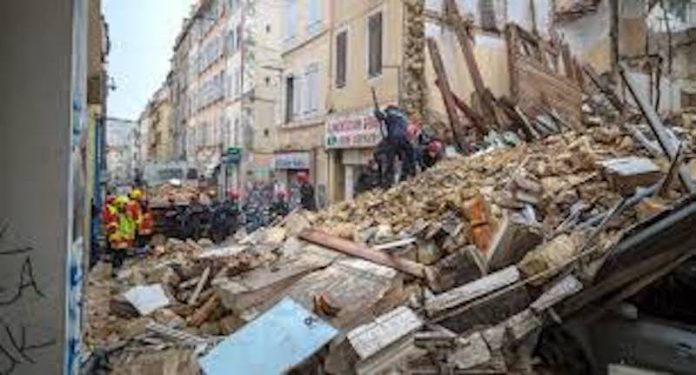 Four persons believed to be construction workers were rescued from the rubbles of a two storey building that collapsed in Glover Court, Ikoyi, Lagos, yesterday in the evening.

Public Affairs Officer–LASEMA, Nosa Okunbor said in a statement last night that “A total of four out of the five trapped construction workers in a collapsed two–storey building has been rescued.”

Okunbor said LASEMA “is still exerting all necessarily efforts to excavate the site in order to save the remaining trapped victim from the building that collapsed this afternoon at about 4.10pm.”

The agency appealed to Lagosians within vicinity of the incident to stay calm and allow emergency responders do their job.