At a recent visit to the headquarters of Ezeagu local government area, Governor Ifeanyi Ugwuanyi of Enugu State was in joyous shock to see outstanding evidence of development recorded by the administration of the council chairman, Hon. Chukwudi Fred Ezinwa.
Completely taken aback by these achievements, Ugwuanyi remarked that Ezinwa is a son in whom he is well pleased. Given the paucity of funds available and in the face of daunting challenges confronting all tiers of government, the giant strides in Ezeagu was totally unexpected and has become a huge source of inspiration to other local governments in the state, as the governor said if Ezinwa could achieve what he has, no other local government chairman had an excuse to underperform.

Ugwuanyi, who was at the council headquarters to commission some projects surprisingly stumbled on a gigantic crowd and nice and warm atmosphere, as well.

During the visit, Ugwuanyi laid foundation and commissioned Gburugburu 5,000 seater ultra-modern pavilion. He also commissioned other projects executed by Ezinwa.

Other side attractions on that day were inauguration of Enugu West Patriotic League by Ugwuanyi, as he also decorated five patriotic league patriots from various geo- political zones including Geofry Tabansi from Oji River, Sir Chief Oji from Augwu, Chief Benjamin Ozoilo from Ezeagu, among others. The league in return adopt him as their grand patron. The patriotic league is an umbrella body comprising men and women of goodwill who have the progress, development and success of the people at heart.

Prior to commissioning of the projects, Ugwuanyi assured the people that his administration will continue to ensure maximum peace and unity within the state. He also promised to do more in terms of state development.

While expressing joy with the level corporation among the people, in ensuring his adminstration thrives, Ugwuanyi thanked the people here for their total support in the last general election.

In his remarks, Hon. Ezinwa noted that his administration will continue to develop the council within its financial capacity.

According to him, the aforementioned facilities have been achieved only as a result of collective efforts and teamwork from members of the Peoples Democratic Party (PDP) and council staff.

He also commended the efforts of the Ugwuanyi administration in creating a peaceful ambience in the state, saying the governor has done well in terms of development.

Ezeagu which has been in existence for over four decades had no water supply in its secretariat before the intervention from Ezeani. Ezeagu is a local government area of Enugu State, its headquarters at Aguobu-Owa

Speaking on his future plans, he said, “We are planning to build a modern market and petrol station for our people. We have plans to establish a timber market. We are trying our best to open multiple strings of finance in the council.

Projects executed in the local government are scattered all over the 44 autonomous communities which the governor couldn’t commission as a result of distance.

Glowing in happiness, Ugwuanyi described the day as beautiful and colourful. The day ended with a visit to Chairman’s lodge in the company tradional leaders, chieftains of various security agencies, for instance, Vigilante Group Neighborhood Watch and the Nigeria Police. 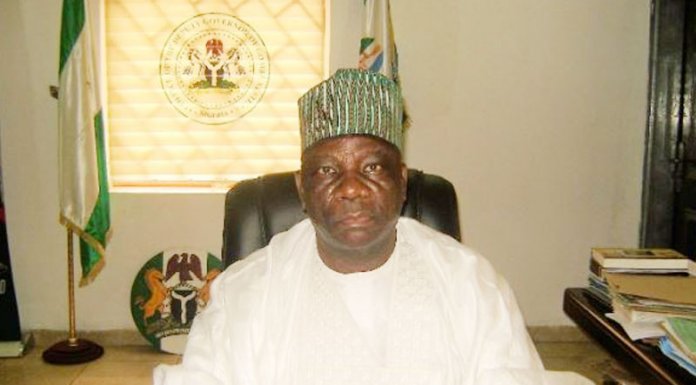