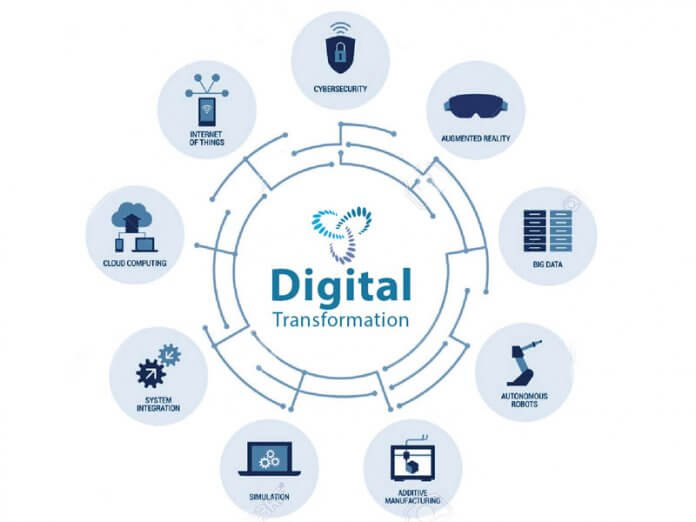 Both events attracted the presence of top officials of the Central Bank of Nigeria (CBN).
The CBN Deputy Governor, Mr. Ade Shonubi, stressed the need for banks to invest more in customers than the technology that drives banking processes.

Also, the Director, Payments Systems Management at CBN, Mr. Sam Okojere, explained that the best way to unlock digital opportunities and deepen financial inclusion, was to address the challenges that could slow down the speed of penetration of cashless policy, which the CBN introduced since 2010.

According to him, CBN would soon release new guidelines on cash transaction charges that would exempt micro finance banks, mortgage institutions and some financial institutions from paying bank charges on cash-in and cash-out transactions.

Okojere explained that that CBN had put a lot of innovations into the cashless initiative to ensure that things were done in proper perspective and that all parties involved in providing different forms of services are fairly treated.

Okojere, emphasised the need for the removal of certain bank charges on financial transactions, to enable unhindered penetration of cashless initiative that will unlock digital opportunities.

According to him, “There is need for clarifications on what is payable and what is not payable. Financial institutions that generate accounts for the federal, state and local governments are exempted from paying bank charges. Embassies, diplomatic missions, multinational agencies, donor agencies, Ministries, Departments and Agencies (MDAs) of government, mobile money operators are not supposed to pay bank transaction charges and they will be exempted in the new guidelines that will be released soon.”

Okojere further explained that CBN has put a lot of innovations into the cashless initiative to ensure that things were done in proper perspective and that all parties involved in providing different forms of services are fairly treated.

“In collaboration with Banker’s Committee, we introduced the shared agent network that will boost agent network in achieving the 500,000 agent points across the country before the end of 2020. CBN has recognised the need for agency banking and had since released regulations around it to ensure financial inclusiveness for all Nigerians.

“CBN has since realised that there has been some forms of misconception about agency banking in terms of what they do and what they are supposed to do. The major role of Super Agents(SA) in agency banking, is to aggregate the mobile money operators and provide the platform to manage the agents. But CBN has noticed that some of the SA are already taking over the role of the agents themselves. Some Super Agents now issue virtual wallets, which is contrary to the framework that gave rise to agency banking. They are not supposed to be directly involved in transferring money from foreign countries into Nigeria,” Okojere said.
He, however, explained that agents were allowed to do cash-in and cash-out transactions and funds transfers in remote areas were banks cannot establish their branches.

Also, Shonubi, who spoke on ‘Bank Branches and The Future: The Regulator’s Perspective,’ said the regulator would always want to look at things slightly different from the way those it regulates think, adding that the focus of the regulator is about the impact of banking services on their customers and the people and not really about the technology that drives the entire process.

According to him, “When talking about bank branches, we look at agent points and agent services in financial inclusion drive. Services to customers should extend beyond the technology that is driving the service. In all successful banking services, there had always been the need for trust, and that is what the core banking services are built upon.

“Trust could be defined as the probability that expectations of the service rendered, will be met and satisfactory to the customer. What attracts customers to the bank is about trust and the reward system. Bank branches must therefore build on trust to attract customers to the branches.”

Shonubi further explained that banks should focus more on how to impact customers and build their trust.
“The focus should therefore be on the people and not about the technology. In Nigeria, we have less than 40 million people who are banked in a population of 200 million. It goes to show that majority of the people do not carry digital devices and they are not digital. It is for this reason that banks should focus more on the customers and provide them with services that will meet their needs,” Shonubi said.

Tech experts’ view
The CEO, African Operations at Inlaks, Mr. Femi Adeoti, stressed the need for greater collaboration between the banks, FinTechs and the regulator, where banks should not see FinTechs as threats but as collaborators to adaptation to digital change, which will enable them deliver better customer experience.

According to Adeoti, in the nearest future, banks would not be competing against FinTech players, but with big players like Amazon, Facebook, Apple and Google. The people are evolving with technology and banks therefore needs to adapt and be prepared for the future that is coming.

“Key elements for the survival of banks into the future should be their concern and focus more on customer experience than the products they provide for the customers. Banks need to upgrade their resources with innovative talents, that must include Artificial Intelligence (AI), Machine Learning (ML), Biometrics and other solutions. The essence is to drive data, which is the new oil in the banking industry,” Adeoti said.

Executive Director, Infrastructure Business at Inlaks, Mr. Tope Dare, explained that the financial service and banking sector in the last decades, witnessed disruption due to changing technology and consumer behaviors.

According to Dare, “By 2020, most of the big players in the fintech industry will be competing with banks for same customers. Therefore, only banks that can transform into an effective digital bank will survive the threat and stay relevant.”

Deputy Governor 1, Bank of Ghana, Mr. Maxwell Opoku-Afari, who was represented by Mr. Claren Blay from Bank of Ghana, said: “Technology is evolving fast and banks must evolve with technology evolution. Banks must invest in mobile money because mobile money cannot function without the banks. The FinTechs have come to stay and banks need to collaborate with FinTechs to provide the mulch needed customer experience.”

Allaying perceived stakeholders’ fears that Nigeria may not meet the target of achieving 500,000 agent networks by 2020, designed to drive financial inclusion in the country, owing to the short period of time, the Executive Chairman of ITEX, Dr. Frederick Igbinedion, assured Nigerians that the target was achievable.

According to him, having achieved 30 per cent of the target, the summit was designed to address possible hiccups and also accelerate processes that would help achieve and surpass the target.

Last year, the CBN, commercial banks, Nigeria Inter-Bank Settlement Systems (NIBSS), came together and licensed mobile money operators and other stakeholders in giving cognisance to the role of agent banking in the achieving financial inclusion and after a review of progress made in the financial inclusion journey, the financial institutions initiated the creation of Shared Agent Network Expansion Facility (SANEF) with the primary objective of accelerating financial inclusion in Nigeria. The core objective of SANEF is the creation of 250,000 agent points by the end of 2019 and another 250,000 by the end of 2020 making a total of 500,000 agents in two years.

The Chief Executive Officer, SANEF, Mrs. Ronke Kuye, who presented the lead speech at both summits, said SANEF was incorporated as a company in January this year, to intervene in the cashless policy initiative to widen and deepen financial access points and services for the purpose of increasing financial inclusion to 80 per cent by the end of 2020. She explained that financial inclusion as at December 2018, was less than 63.2 per cent.

Over the years, there have been concerted efforts by financial institutions and other stakeholders in the industry to bring about a drastic reduction in the number of Nigerian adults who cannot access formal financial services. Agent banking, a system of providing banking services such as cash deposit and withdrawal, bill payments, funds transfer and BVN enrolment to customers through licensed agents outside the bank branch has been identified as a major enabler of last mile access to formal financial services by the unbanked and underbanked population in Nigeria which as at 2010 stood at a whopping 39.2nmillion individuals and 46.3 per cent of the total adult population of the country.

The Financial Systems Strategy 20:2020 launched by the Central Bank of Nigeria has as one of its focal points seeks to reduce the amount of people without access to financial services to a maximum of 20 per cent of the adult population by year 2020.

Financial inclusion strategy
Over the years, there have been concerted efforts by the CBN, deposit money banks and other stakeholders in the industry to bring about a drastic reduction in the number of Nigerian adults who cannot access formal financial services. The importance of financial inclusion strategy with the attendant benefits of raising the country’s Gross Domestic Product (GDP), improvement in the standard of living of citizens and increase in per capita income among other benefits, have been described by industry stakeholders as key to digital transformation that will open up digital opportunities.

Agent banking, a system of providing banking services such as cash deposit and withdrawal, bill payments, funds transfer and BVN enrollment to customers through licensed agents outside the bank branch has been identified as a major enabler of last mile access to formal financial services by the unbanked and underbanked population in Nigeria which as at 2010 stood at 39.2 million individuals and 46.3 per cent of the total adult population of the country.

The Financial Systems Strategy 20:2020 launched by the CBN has as one of its focal points seeks to reduce the amount of people without access to financial services to a maximum of 20 per cent of the adult population by year 2020.