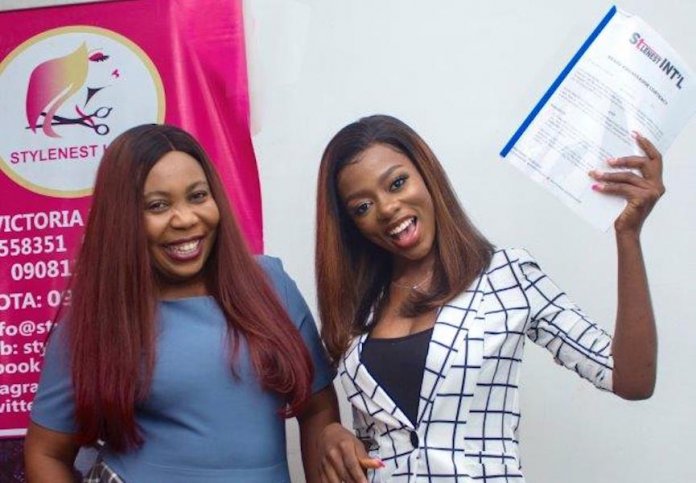 One of Nigeria’s major luxury hair distribution company, Stylenest Hair has officially announced Diane Yashim, one of the housemates in the recently concluded Big Brother Naija reality show as its new ambassador.

Diane was one of the housemates in the ‘Pepper Dem’ edition who became a social media sensation for her beauty, intelligence and relationship with Elozonam, a male contestant in the show.

The Chief Executive Officer of the company Goodness Okwu disclosed that a lot of deliberation went into the selection process.

“We decided to go into partnership with Diane because we recognised that she carried herself with respect and dignity while in the BBNaija reality show,” said Okwu.

The Marketing Director of the company Peace Duff added that

“The former BBNaija housemate is engaging on social media and has a great rapport with her fans which are the characteristics that are extremely important to us as a brand that cares deeply about its customers.”

“I’m very excited and honoured to be partnering with Stylenest Hair, as I’m a huge fan of the way the brand has revolutionised the beauty industry in Nigeria,” enthused the Kaduna State indigene.

With this new deal, Diane becomes the third contestant of the reality show that has clinched ambassadorial deal with Stylenest Hair. The other housemates who have represented the brand are Gifty Powers and Coco Ice.