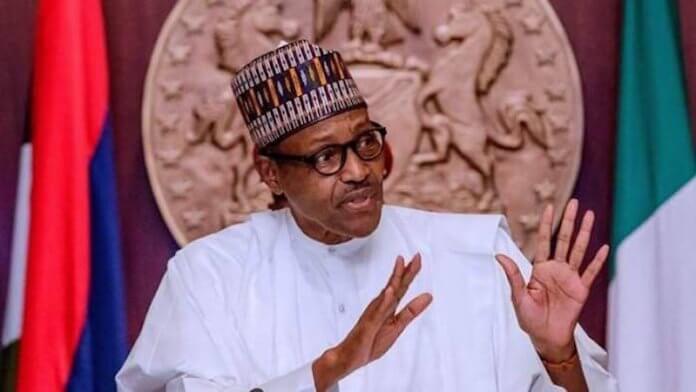 As part of measures to bolster the federal government finances, President Muhammadu Buhari has directed revenue generating agencies to drastically cut down their operational costs.
The directive is coming as the nation’s annual fiscal plans have been hamstrung by serious mismatch between revenue targets and actual receipts.

In an interview with THISDAY on the sidelines of the just-concluded annual meetings of the International Monetary Fund (IMF) and the World Bank in Washington DC, United States, the Minister of Finance, Budget and National Planning, Mrs. Zainab Ahmed, said the president had directed the agencies to cut down their costs to boost government’s revenue drive.

According to her, there has been an improvement in the effort to change the revenue trajectory considering the improving performance of the agencies and Buhari’s directive on cost-reduction by government-owned enterprises, which account for independent revenues.

She said: “We are seeing a forward movement and the president has given a directive that the government-owned enterprises must reduce their cost-to-income ratio by 60:40. In the past, you would see agencies that generate revenue and spent almost about 95 per cent as expenditure. “

Independent revenue is the fund generated by agencies which are captured in the Fiscal Responsibility Act of 2007.
The Act stipulates that any government agency that generates revenue must remit 80 per cent of its operating surplus to the Consolidated Revenue Fund account.

While admitting that the federal government was in deed beset by a revenue challenge, the minister noted that there was a cocktail of initiatives, including the launch of the Strategic Revenue Growth Initiative (SRGI), to surmount the obstacle.

She said: “We do have a revenue problem in Nigeria. We launched the SRGI to address the revenue challenges that we have. So, you would see that we have several initiatives that we put together which were assigned to different portfolio agencies, including the Federal Inland Revenue Service (FIRS), Nigeria Customs Service as well as the NNPC.

“If I take the revenue streams; the Customs revenue stream, for example, by September (the last report I saw was in September), they had already collected 100.7 per cent of their annual collection. So, that’s an indication of improved revenue performance, and this has nothing to do with border closure. It’s just because revenue collection has become more efficient,” the minister said.
Ahmed attributed the improved revenue performance to the elimination of some processes that involved cash collection, which used to be major sources of leakage.

In 2019, the FIRS, she noted, recorded an average half year performance of 71 per cent, adding that government-owned enterprises, which account for independent revenues, have also performed better.

To lend credence to this, she recalled that three years ago, their average percentage performance, full year, was 25 per cent, stressing that half-year performance for independent revenues in 2019 was 54 per cent.
The minister added that the federal government had intensified its cost-cutting initiatives in order to shore up revenue, citing the current cost-reduction drive in travels.

“You must have also seen these messages that are going on about cost reduction in travels. So, there is a lot of cost-efficiency measures that we are going to be rolling out in addition to the TSA (Treasury Single Account), GFMIS (Governnent Financial Management Information System) as well as the president’s directive that every staff must be on IPPIS by October ending otherwise they won’t get their salaries,” Ahmed said.

On the president’s directive that federal government personnel that are not hooked on the Integrated Payroll and Personnel Information System (IPPIS) should have their salaries stopped by the end of October, the minister said the presidential directive would be implemented.

“It’s simple…For me, it’s just one instruction: you don’t get your salary,” she said, adding that unless the president decided to give an extension, his directive would be carried out to the letter.
She, however, noted that there is an ongoing exercise to capture workers who are not yet enrolled on IPPIS, explaining that many who were reluctant to be captured in the past were now showing interest.

“There is a lot of cost-efficiency measures that we are going to be rolling out in addition to the TSA, GFMIS as well as the President’s directive that every staff must be on IPPIS by October ending otherwise they won’t get their salaries.

“That’s a major leakage that we are trying to block. Today, we now have all of the military, the police; the laggards are the polytechnics and the colleges of education. We hope to have them. We now have staff in the field doing the data capture, the biometric capture to bring them on. Anybody that is not on, we have to comply with the president’s directive,” she stated.
According to the minister, a report would be made available to the president on the progress being recorded in the enrolment process.

“What we have seen now is a willingness. Everyone now wants to be captured, and I have seen an advertorial by the ASUU (Academic Staff Union of Universities) appealing for more time. They were giving all kinds of excuses before but now, they’re ready… I will look at the report of what has been done. We have to capture everyone nationwide. If the performance is good and people are queuing up, but are not covered, then we can go and make an appeal for an extension,” she stated.
She added that part of the measures to boost revenue and cut cost is to standardise the procurement costs of items like computers across the ministries, departments and agencies (MDAs) in collaboration with the Bureau of Public Procurement (BPP) as well as review the cost of insurance.