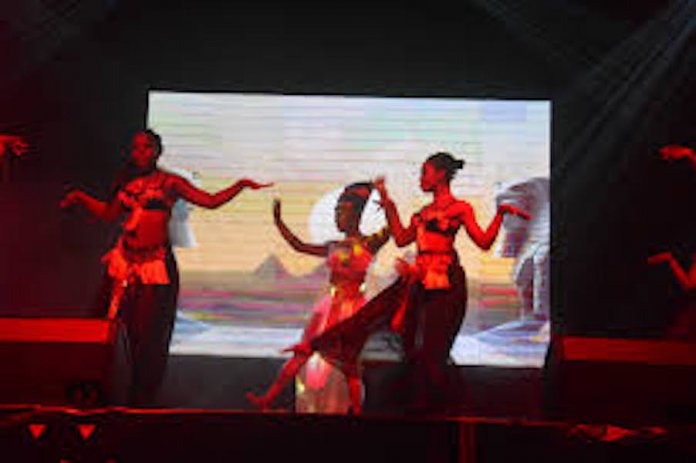 ‘Emotan’, a historical play on the revered Benin trader drew the curtains to the The National Festival for Arts and Culture (NAFEST), which held at the Oba Akenzua Cultural Centre in Benin City, Edo State capital last Friday. The play written and directed by William Benson was one the highpoint of the week-long festivity.

Produced by Joseph Edgar and supported by the MTN Foundation as part of its Arts and Culture revival cause, ‘Emotan’ was a vivid retelling of the storied account of the titular character who was historically credited with setting up the first primary school in the kingdom and saving the monarchy during one of its lowest moments.

Played by Aisha Sanni Shittu, Emotan was a well-respected food trader during the reigns of Oba Uwaifiokun and Prince Ogun, the future Oba Ewuare the Great in the 16th Century. She assisted Oba Ewuare in reclaiming the throne after several years in exile.

The Honourable Commissioner for Arts, Culture and Diaspora Affairs for Edo State, Hon. Osaze Osemwengie-Ero called the production “a triumph of storytelling about the Edo people” and said the government “is doing everything to put Edo State on the global cultural tourism map through showcasing the best of our rich heritage.”

Speaking on the Foundation’s support, Dennis Okoro, Director, MTN Foundation said, “From her tenacity and resourcefulness to her patriotism and courage, ‘Emotan’ is a historical figure we can learn a lot from. It is stories like this that fuel our Foundation’s commitment to introducing a new generation of Nigerians to our great history.”

This production was a strong reflection of NAFEST 2019’s theme of ‘Our Royalty, Our Pride’, which afforded cultural enthusiasts the opportunity to bask in Benin’s rich and long traditional heritage.

‘Emotan’ will also show at the Agip Recital Hall of the Muson Centre in Lagos from December 22 to 25, 2019.