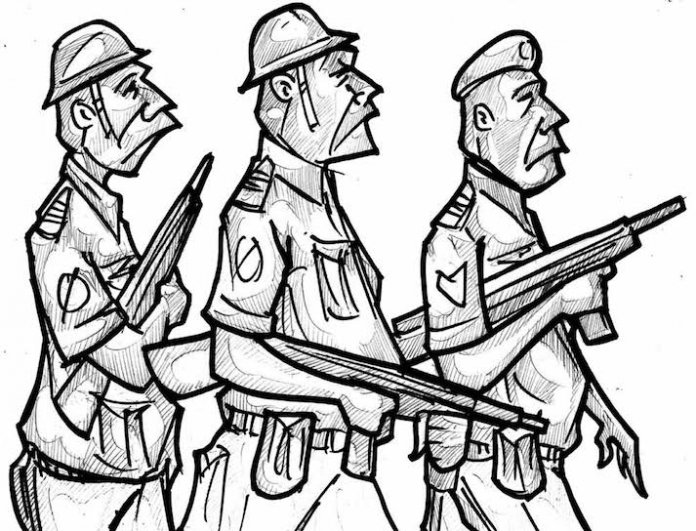 The army’s ‘operation positive identification’ will infringe on civil liberties

The recent announcement by the Nigerian army of a nationwide “Operation Positive Identification” (OPI) has once again highlighted the precarious nature of our democracy. According to the directive by the Chief of Army Staff, Lt. General Tukur Buratai, from 1st November to 23rd December 2019, Nigerians should move about with “legitimate means of identification such as National Identification Card, Voters Registration Card, Drivers’ Licence and International Passport or other valid official identification”.

To the extent that section 41(1) of the 1999 Constitution (as amended) guarantees the right to freedom of movement, this curious decision to subject law abiding citizens to personal identification in the course of moving about within the country is not only illegal, it is unprecedented. More disturbing is that it has presented a ready excuse for all manner of abuse by soldiers who are now practically licensed to abridge the rights of innocent Nigerians.

The justification for this affront on the law by the army is that the exercise, which will last almost two months, is “to check out for bandits, kidnappers, armed robbers, ethnic militia, cattle rustlers as well as other sundry crimes across the various regions of Nigeria.” But there are many fundamental questions arising from this declaration. In a democracy, why would internal civil security issues and operations be in the hands of the army? Even if there is a need for troops to be deployed in the streets for some specialised civil action, should the directive not emanate from the minister of defence rather than the army chief? Was this statement authorised by the president? How precisely will soldiers ‘check out’ the sundry cartel of criminal gangs? What happens to people in the rural areas who have no official means of identification?

Whatever may be the weakness of the police force in Nigeria today, it remains the constitutionally authorised institution to deal with internal security and the military can only be co-opted, where and when necessary. The federal government, specifically President Muhammadu Buhari, therefore has a responsibility to reassert the civil essence of this democracy. Unless that is done, we degenerate into a regimental enclave and these routine infringements on civil liberty become axiomatic.

We are worried because this is not an isolated incident. It is a growing pattern. In the guise of national security, the military has encroached into the civil space. Yet, the continuous presence of soldiers in combat gear all over the country is a negative indicator to the civil populace. It erodes the sense of democratic freedom. It signals to outsiders that all is not well. The soldiers themselves get into the belief that we are in an emergency situation in which they can trample on the rights of citizens.

It is necessary to point out that the most effective security operations are carried out quietly and clandestinely. But the Nigerian army has in recent years formed the bad habit of staging these elaborate PR campaigns on internal security operations with all sorts of code names. Sadly, aside terrorising innocent citizens, it is hard to match the success of these elaborate security festivals with the ever increasing surge of criminal activities all over the country. That is why we urge President Buhari to call to order Buratai and his men.

What the authorities fail to understand is that the regimental and martial approach to internal security, the disregard for court orders and suppression of the right to protest can only lead to the enthronement of illiberal democracy of the variety we see in some countries, including on the continent where people may be free to troop out and vote without being availed their democratic rights and freedoms. That is not the road Nigerians want to travel.