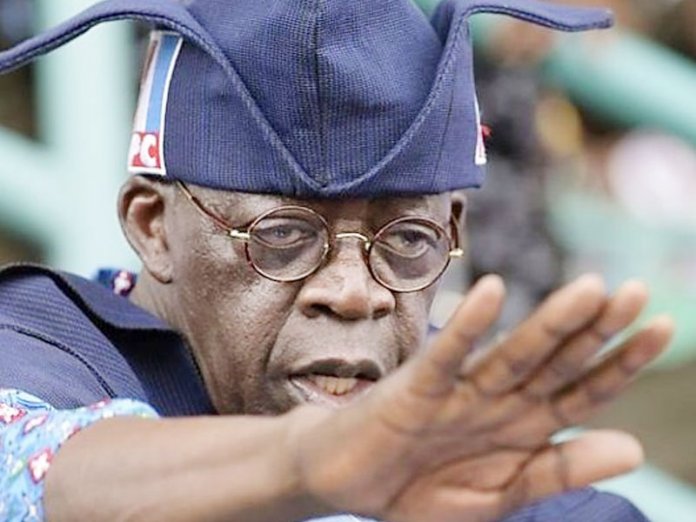 Former Lagos State Governor and national leader of the All Progressives Congress (APC), Asiwaju Bola Ahmed Tinubu, has dismissed report claiming that he’s opposed to the ongoing construction of cargo airport in Ekiti State.
A section of the media, which recently reported that the APC national leader had expressed opposition to the project, quoted Tinubu as saying: “There is no need for an airport in Ado-Ekiti, the capital of Ekiti State.”

The news report quoted that the former Lagos State governor to have said this while speaking at the convocation ceremony of Afe Babalola University in Ado-Ekiti.
But reacting to the story yesterday, Tinubu in a statement by his Media Office said the report “erroneously framed” his statement at the recent ABUAD’s 10th anniversary and 7th convocation ceremony “to give the wrong impression that he’s opposed to the ongoing construction of cargo airport in Ekiti State.”
According to him, “This is inaccurate and incorrect reporting. It is yet another in the plethora of fake news that dots the land, which lamentably is the bane of many online news platform.
“For the avoidance of doubt, Tinubu is not opposed to the cargo airport being developed in Ekiti State because of its potential to aid development in the state through rapid movement of agricultural products, goods and experts.
“What the APC leader is opposed to and in fact spoke against in Ado-Ekiti is creating another main airport since there is already one in neighbouring Akure in Ondo State.
“Tinubu also condemned the tardy services at the Akure Airport whereby planes could not land at 8a.m. because some key navigational officers had not reported for duty at that business hour, promising to take the matter up with the appropriate authorities.”
The statement added: “The authors of that fake report were either clearly misinformed or deliberately out to create mischief and cause disaffection between Tinubu and the authorities working on the cargo airport or perhaps to use Asiwaju’s good name as an alibi to scuttle the plans for the cargo airport.
“This is not right. We need to restate here again that good journalism demands that journalists operate in line with the demands of their creed, top of which are accuracy and objectivity.”