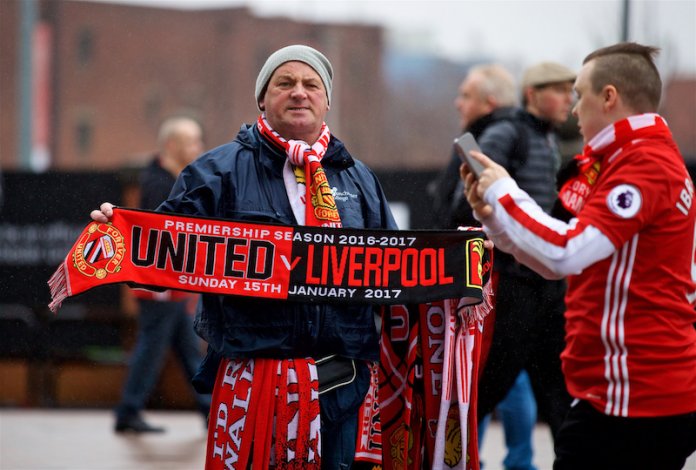 The marquee fixture of the Premier League weekend will have Liverpool playing hosts to Tottenham Hotspur, looking to continue their unbeaten start to their league campaign.

Mauricio Pochettino’s struggling side confirmed “they have not forgotten how to play football”, as Jürgen Klopp put it, when they demolished Red Star Belgrade in midweek but a reunion with Liverpool may reopen insecurities.

Tottenham faced Liverpool three times last season and lost on each occasion, with no reminder needed of what happened in the Champions League final in June.

The leaders are unbeaten in 44 league games at home and Spurs have won only once in their last 25 league visits.
Liverpool look like a team on a mission after missing out on winning the Premier League title last season by just one point. The Reds have been the runaway leaders in the top-flight this term, having not been beaten yet in their first nine fixtures.

In fact, the only time they were unable to win a game was last weekend, when they held Manchester United to a 1-1 draw.
Tottenham, on the other hand, have been in disarray in the first two months of the season. After a sub-par start to the season, things have only gone from bad to worse for the North Londoners, who have failed to win six of their last eight games, although Mauricio Pochettino’s men will be buoyed by their 5-0 win in the UEFA Champions League over Crvena Zvezda earlier this week.

Jurgen Klopp has only provided positive updates on the team news front ahead of the visit of Tottenham. Today, the Liverpool boss is only likely to be without two first-team players, namely Nathaniel Clyne (knee) and Xherdan Shaqiri (calf), although Joel Matip is a major doubt heading into the fixture.

The Cameroonian defender missed the midweek fixture against Genk due to a knee injury and will face a late fitness test to determine his availability for Sunday. But, first-choice full-back pairing Trent Alexander-Arnold and Andrew Robertson are fit and likely to start.

Alexander-Arnold did not travel to Belgium for the Champions League excursion due to an illness, but has recovered to make himself available for the visit of Tottenham. Robertson, on the other hand, has shrugged off a knock and will take up the left-back slot for Liverpool.

If Matip is not risked, Dejan Lovren could be the man to partner Virgil van Dijk at the heart of the Liverpool defence once again, just as he did at Genk. Behind the defensive line, Alisson Becker will take his place in goal once again.

Up ahead in midfield, Alex Oxlade-Chamberlain is in contention to start a second successive game following his superb brace in the Champions League. But, Liverpool captain Jordan Henderson should replace his compatriot in the starting lineup, with Georginio Wijnaldum expected to come into the side in place of Naby Keita.

Fabinho will hold the fort in front of the backline and will look to set the tempo of the game as well. The attacking unit, meanwhile, picks itself, with Mohamed Salah, Roberto Firmino and Sadio Mane being certain starters for Liverpool.

Liverpool have dominated the recent history of this fixture, winning 10 and losing just one of the last 15 meetings across all competitions.

That includes victories in all three games last season, and should Klopp’s side win today then it would be the first time they have won four games in a row against Spurs since 2015.
You have to go back to 2011 for Tottenham’s last winning visit to Anfield – a run of eight games which includes five defeats.