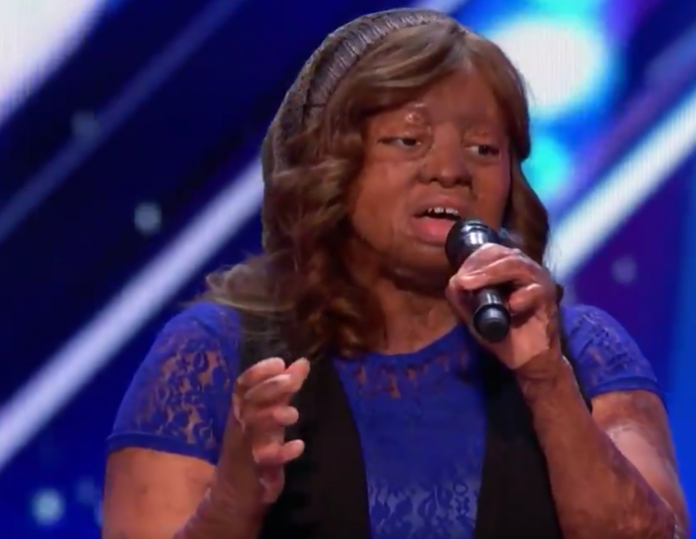 One cannot separate Kechi Okwuchi’s story from her music. After the red carpet poses and selfies at the premises of the Standard Bearers School, Lekki, Lagos recently, she was invited on stage to perform her single from the album, “Don’t You Dare”. The performance was preceded by a short documentary about her journey into music.

Kechi was only 16. She dreamt of working at the United Nations as a young student of Loyola Jesuit College Abuja, an elite boarding school. She boarded Sosoliso Airlines Flight 1145 from the Nnamdi Azikiwe International Airport, Abuja on December 10, 2005 alongside 60 other students of the school in excitement for the Christmas holiday in Port Harcourt.

The unlit runway and bad weather caused the pilot to miss the approach and disaster struck. The aircraft disintegrated and burst into flames at Port Harcourt International Airport. Of the 110 persons on board, only two survived. Kechi was the only student survivor.
“When my body was found, it was discovered that I have third degree burnt and I was taken to Milpark Hospital, South Africa for treatment,” she recalled. “That was where they saved my life. I returned to Nigeria but not long, I relocated to the US for reconstructive surgeries at Shriners Hospital for Children, Texas.

With what happened, I learnt that we have very little control over our lives and things that happen to us as human beings. But we have to control how we choose to react to those things. With the support system I have around me, my mother and my father, friends, physiotherapists, I was able to see that I can chose how I want to react to what happened. I can stay depressed or crippled by what happened. Or I can also find a way to draw strengths from the memories of the lost loved ones. I am a product of the hard work of so many people.”

She has been surrounded by people who are honest and genuine, who want to see the better version of her. And that has been one of the core values of Standard Bearers School which is instilled in everyone at the school. Kechi met a friend who finished from the school in US and it was a turning point in her music career.

First, she had undergone over 100 surgeries, including skin grafts and several non-invasive laser treatments that have improved her everyday activities. She celebrated her ability to turn her neck on the social media after one of her surgical procedures. Her routine included physiotherapy and then music became a powerful tool to fast track her recovery.

“I have always loved music. But after the accident, my voice changed. My voice was good before but it was better after the crash. I also remember hearing music while I was in coma. I woke up knowing songs that I didn’t know before I went into coma. That is how deep the tie I have with music is. It was one thing that had always been there that the accident didn’t take away. In those days, all I had was the next day. I didn’t know that one day I would be out on the stage singing.”
She had woken up in the hospital to the sound of music played by her mother with her head wrapped in bandages. The burnt covered 65% of her body and the doctors said she had a 30% chance of survival.

“Music became my escapism and my distraction from what I was going through,” she explained during a press briefing that preceded her homecoming show. “When I moved to America, music became a part of my therapy. That’s when I realized that I love singing and performing. I love sharing this thing that I love so much with other people. But I was never going to go as far as a television show if my friend had not put me out there. My friend incidentally was from Standard Bearers School. She applied for me without my knowledge and eventually they reached out to me for an audition. It is a privilege to do what I did professionally.”
The video of her audition at the America’s Got Talent Season 12 in 2017 has since gone viral. She got a standing ovation and subsequently made it to the finals. The blunt judge, Simon Cowell gave her the “Golden Buzzer” at the finals in America’s Got Talent: The Champions 2019 which is indeed a big deal. The strong-willed singer often got emotional after the encouraging comments from the judges. Her mother’s hug was always waiting for her backstage.
“You are here not just because of your story but because of your talent,” Cowell once remarked after her performance. That strengthened Kechi’s resolve to pursue music professionally side by side as a motivational speaker.

“Hearing those words from Simon changed my life. Being on America’s Got Talent is the first time that I will be recognised as a singer. I feel like I owe it to the other students who died to live in an exemplary way. I think that I have found my voice. This is my chance to prove that I am a champion,” Kechi said in that short documentary. Remarkably, in 2015, she graduated from the University of Saint-Thomas, US with a first class degree.

Afterwards, she held the school children and parents at SBS, Lekki in spellbound, as she belted the sonorous song with motivational lyrics “Don’t You Dare Give Up on Your Dreams”. With backup from the Nissi band, Kechi rocked the stage with confidence, leaving all stupefied in her bare back Ankara short dress and black strappy suede shoes. For the first time, she met and brought on stage the second survivor of the Sosoliso Airline crash and former PA to the famed televangelist, Bimbo Odukoya (who also died in the same crash), Bunmi Amusan now Bunmi Adams. Bunmi avoided the camera and kept her face away from the prying eyes of the audience. Kechi, who is far from being camera shy, continued to engage her audience with her cover of Yemi Alade’s “Africa” surrounded by the spectacle of the kaleidoscopic stage lights.

Earlier on, she had told the journalists how she felt about returning to Nigeria to perform. “It’s a huge honour for me to be back to my country and to perform. I have been back twice before. I was here to honour the memory of those who lost their lives in the Sosoliso Airlines crash ten years after the accident. The second time was last year when I came back to speak during one of a company’s educational series. Even though I did perform during the event, this is the first time that I’d actually perform on stage with a live band for an audience that knows me for my story and who were rooting for me during the American television show.

“It is really an honour for me to do this and to represent what Standard Bearers School stands for- setting young women in paths that perhaps had not been walked before. I feel like this one monumental occasion. It is a milestone for the school and for me.”

Later, she took pictures with the world famous, Brainsquad, a team of girls from SBS who won the 2019 Technovation Challenge and represented Africa at the Silicon Valley, California, US. They invented an app that helps less privileged children go to school. The app, Handsout, won the People’s Choice award at this year’s global Technovation competition. Over 19,000 teenage girls featured in the competition. To honour the “Superwomen” and celebrate the World Teachers Day, Kechi walked the red carpet with the champions while a teacher from SBS, Ms. Funke Lemo delivered a beautiful cover of Asa’s “Bibanke”.

Nigeria’s leading singer-songwriter, Bez was called on stage with his acoustic guitar to perform “Superstar” and other rich alternative music which was a refreshing switch from the previous sight of the fire-eaters who toyed with fire with such rhythmic appeal that is purely African.
In a figurative sense, the real fire-eater is the headliner, Kechi. Her final performance of “This is me” was soul-stirring.

“It’s great to have all that recognition in America but it means so much to me to have that kind of response from my home country,” she declared. “It is a different kind of feeling because I feel like I’m accepted back home by my people. I’m happy to be able to share my music very directly with the biggest support group that I have ever had. Most of the people that follow me on social media and those who care about what is going on in my life are Nigerians. That shows to me that we take care of our own and support our own.
All the few times that I have been back, I feel supported. I can see that amazing things are going on here and I am happy to be part of this.”

In its 22 years of existence, SBS had taken on ambitious projects such as the 2010’s stage performance of ‘The Lion King’ amongst others.
The Executive Director, SBS, Mrs Modupe Adeyinka-Oni who played host to Kechi, explained why she is very keen on creativity and talent discovery.

“My background is in creative arts. I studied fine arts in school and a bit of theatre, I came into education after that,” she said. “I have always loved the stage. Since I can’t be on stage, I like to see people with talent get on stage. I always look for unique angles to people. I sometimes write scripts for the children to perform. I was talking to Kechi on the phone and she said she would be coming home in October.” Thus, the school designed the programme to give Kechi a rare opportunity to use music to inspire young children with the theme “Super Women: Kechi Live in Concert”.
Pix:± Kechi in performance at the event.jpg