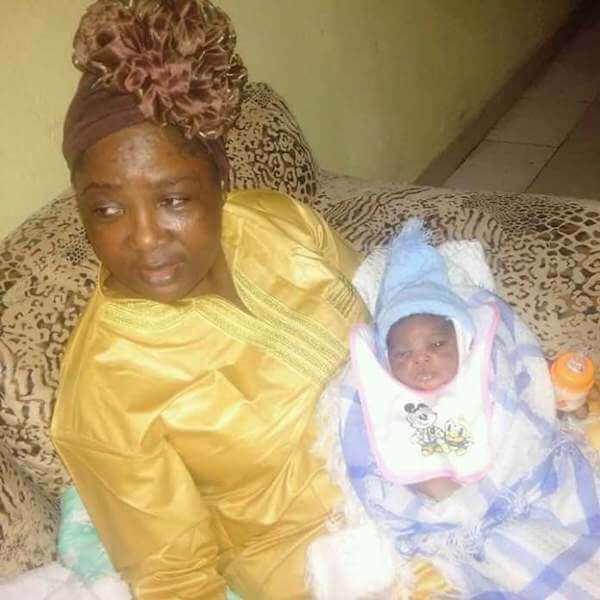 For many women who have sojourned in the land of childlessness without an exit point in sight, destiny cannot be changed and fate must be accepted. The richer and higher and well-connected they are, the less ready they are to simply accept destiny. Just ask Folashade Tinubu-Ojo. The Iyaloja General of Lagos is getting set for the christening of her second baby, two years after the first appeared in the world, in an equally unconventional manner.

The spiel of mischief-makers aside, Tinubu’s daughter is claimed to be head over heels with excitement. After all, two babies, however they are delivered, are certainly better than none.

And what of the latest grandfather in town? The lion of Bourdillon has temporarily become a happy cat, prancing up and down in happiness at adding another grandkid to his collection. Even as he continues to play the game of thrones ahead of 2023, the welfare of his children remains dear to his heart. Little wonder he is in jubilant mood and ordered that the naming ceremony be held in the Alausa residence of the Tinubus.

After years of waiting on the Lord for the fruit of the womb, Sade now has fine kids to contend with and keep herself busy. Not that they will stop her from performing her role as the head of the market women in Lagos. The position was bequeathed to her by her late grandmother, Alhaja Abibat Mogaji and she was coronated amidst controversy.

As the wise would have understood by now, whether it is becoming a governor, Iyaloja, appointing people to positions or having children, the Tinubus always have their way in the end. Only a fool would bet against that glorious — some would say inglorious — statistic continuing for the foreseeable future.