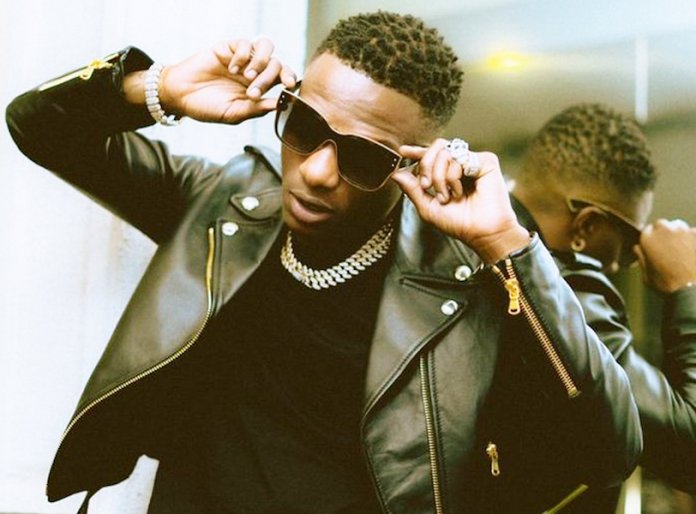 With a tasteful line up of Nigerian stars, superstar singer, Ayodeji Balogun (Wizkid) excites fans at the London O2 Arena for the second time with his first Starboy Festival. Ferdinand Ekechukwu reports

Wizkid, real name Ayodeji Balogun returned to the prestigious 02 Arena in London last Saturday for the second time with spectacular performances, thrilling fans into the night. He is now the only African artiste to sell out the venue twice. The afropop artiste had a sold out show that elevated his name in the folklore of Nigerian music following last year performance at the AfroRepublic concert held at the same 20,000 capacity 02 Arena.

This time, his much anticipated Starboy Fest lived up to its billing with star-studded performances from a host of other superstar acts for its first edition. It was indeed a night of excitement as thousands of African music lovers filled up the much acclaimed event centre in London, to experience afrobeats like never before. From the videos of the event, the show was phenomenal. At least, 20,000 people witnessed a very important phase of the Nigerian music history headlined by Wizkid among other great artistes.

The award winning artiste opened Starboy Fest tour in Manchester, England, United Kingdom on October 18, 2019. A day later, Saturday, October 19, 2019 with a line-up that includes Naira Marley, Fireboy DML, Naffe Smallz, Tiwa Savage, Reekado Banks and so forth, Wizkid thrilled, with a strong support of fans at the O2 Arena. The singer performed a string of his hit songs before a large section of camera lights and admiration. Part of the brilliance of his set was his constant interaction with the crowd in between his performances and the crowd singing along to every song.

This would be Fireboy’s first major international show outside the country and also his first time performing at the 02 Arena in London.

One highlight of the show was Naira Marley coming on stage with a very creative Zanku dance which got the crowd tripping wild. Burna Boy also joined the pack. The crowd apparently went wild when Burna Boy entered the stage to the sultry piano of “Ye” and then stayed for “Anybody.” A review in the Guardian UK states: “for a few minutes, two of the continent’s biggest stars danced together, the ecstatic crowd thrilled and stunned at the unexpected union.”

The Staryboy entertainer opened the night by saying “Tonight isn’t about Wizkid or Starboy. Tonight is about African music.” Wizkid took to the stage wearing an extravagant Louis Vuitton jacket for his performance. Starboy is one of the few Nigerian celebrities who spend huge amount of money on fashion items. Wizkid’s love for luxury fashion can never be over-emphasised and he proved it yet again at his successful concert which ends in Paris on October 26.

Once again, Wizkid has shown the growth that Nigerian music has experienced over the years, historically selling out his headline event at the O2 Arena for the second time on the night over 20,000 fans turned up from around the world and Wizkid served up a beautiful experience that will be savoured for a long time.

Wizkid is having a great year and it keeps on getting better and is working towards the release of his fourth studio album Made In Lagos soon. The ‘Ojuelegba’ crooner recently set crowd agog while performing ‘Come Closer,’ alongside Grammy award-winning artiste, Drake, at the iconic arena. On the singer’s collaborative works, Skepta, UK grime rapper, featured Wizkid together with Larry Z, on ‘Glow in the Dark’ a soundtrack included in his latest album ‘Ignorance is Bliss’.